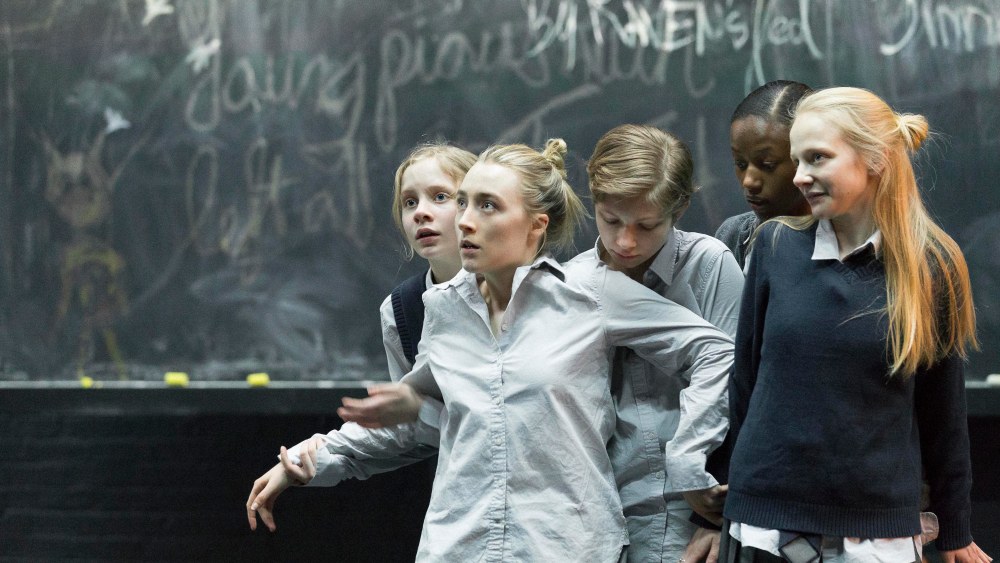 “That’s the thing about doing stuff on stage — I don’t believe that you need to tell everything with a costume,” says Wojciech Dziedzic, who has created the costumes for “The Crucible,” Arthur Miller’s 1953 play, which has become a staple in American high school classrooms and returns to Broadway on March 31. Perhaps an unexpected comment from a costume designer, but Dziedzic’s approach to the classic production finds its art in subtlety. “I find it a bit flat when someone comes in and you know straight away ‘Oh, OK — this is a doctor,’” he says. “I try to keep it more exciting for the audience, so the audience can also create a certain kind of story.”

Dziedzic was born in Poland and is currently based in Amsterdam. He was schooled as a fashion designer, completing his M.A. at Central Saint Martins in London. After briefly working in the industry for Jil Sander, he found it too “corporate” and set out to return to his original love, costume design. “I went into studying fashion in Amsterdam because there was no costume design education,” he says. He’s done a range of plays, operas and theaters in Europe, but “The Crucible” is his Broadway debut.

Dziedzic came on the project after having worked with the production’s director Ivo van Hove previously. “Once you get an invitation to do a play like this, of course you start with reading the play,” he says of Miller’s work, which won a Tony Award for Best Play when it originally opened, and which tells the story of how easily a small community can spin out of control during the Salem witch trials. The van Hove production stars Saoirse Ronan, making her professional stage debut fresh off her Oscar nomination for “Brooklyn,” as well as Ben Whishaw, Tavi Gevinson, and Sophie Okonedo. “When I was reading the play I tried to stay very open because a lot of my designing depends on how Ivo sees the play,” Dziedzic says. “The very first time Ivo and I spoke about [‘The Crucible’] we thought we were going to do historical costumes, and so I started researching that period in America and Puritan England. But then, very soon after, Ivo thought that historical costumes were not the way to go.”

His designs, which outfit the cast of 20 characters, instead aim to be vague on the scope of age, gender and time period. “The costumes should not have any time. They should not be 17th-century, they should not be purely contemporary,” he says. “What was important is that nobody should stand out in this community. But the costumes should not be monotonous in color, there should be variation. The colors should be dark, very autumnlike. Men and women are easy to distinguish, as sexes, from one another, but none of the aspects of male or female sexuality is emphasized. It is a neutral, asexual world.”

Though the three-hour production hinges upon an initial affair, anything of that nature is meant to be absent from the clothing. “Sex was a source of evil with the Puritans, so the general idea was that we should not emphasize anything sexual within the play,” Dziedzic says. “There was a lot of talk about it but we didn’t need to see it.” To this end, the peasants all wear dark, sturdy shirts, and the women are in trousers, “although they are feminine trousers — they are very wide. They are different models of the same garment.”

Other small subtleties Dziedzic worked in include John Proctor’s transformation from community member to ostracized outsider. Proctor, played by Whishaw, wears a jumper, while the rest of the men in the community wear jackets, setting an initial tone. “Although I created this concept that was quite limiting, within that concept it was possible for me to create quite varied and detailed images of this community of a society,” he says.

Though he made collages of timely images as a stand-in for sketches, his main image of inspiration came from 18th-century Spanish painter Francisco Goya’s “The Third of May 1808 in Madrid,” which shows a man in a white shirt, hands raised, surrounded by darkly clothed soldiers. “That is how I saw it,” Dziedzic says. “Prisoners wear white, sort of this lighter spirit, and all the others comes in these very dark coats. The white shirts, from the previous act — they become dark. Maybe the audience doesn’t notice it, but at the same time you don’t see any other white elements other than the shirt of the prisoners, which are much lighter than anything else in the play. It makes him even more fragile.”