The Designers Behind the Chopra-Jonas Wedding, and More

Abu Jani and Sandeep Khosla created the outfits and the decor for the Priyanka Chopra-Nick Jonas wedding — as well as that of Isha Ambani to billionaire Anand Piramal. 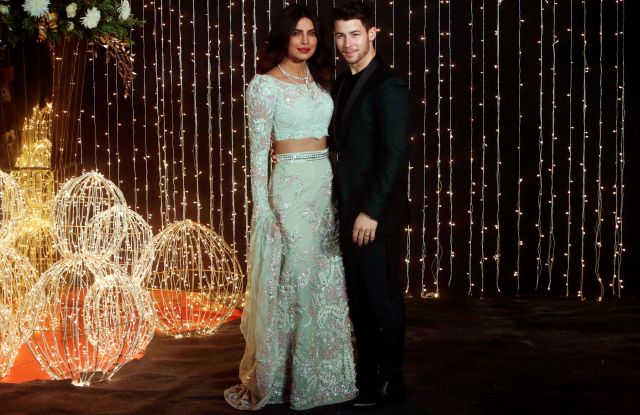 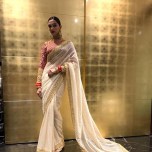 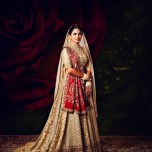 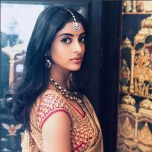 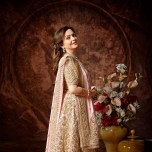 MUMBAI, India — Two high-profile couples, two extravagant Indian weddings, two Instagram-frenzy inducing events — but behind them both, one design duo: Abu Jani and Sandeep Khosla, who not only created the brides’ opulent wedding outfits, but also the decor of both weddings.

The weddings of Priyanka Chopra and Nick Jonas in Rajasthan and Isha Ambani — the daughter of Mukesh Ambani, one of the world’s richest men and chairman and managing director of the $60 billion Reliance Industries — to billionaire Anand Piramal in Mumbai generated a slew of publicity for both couples (so much so that Chopra and Jonas were criticized for the estimated $800,000 cost) and attracted social media junkies worldwide who had never followed an Indian wedding before. Part of the fascination was the sheer flamboyance of the events, as well as the celebrity guests and performers — Beyoncé flew in for the Ambani wedding, for example. And Jani and Khosla dressed many of those guests as well, including one in a red tulle mirror sheet dress embellished with tiny mirror pieces and beads and an organza shoulder drape for the sangeet function, and separately a traditional dress in navy blue, with a low-waisted, embroidered multipanel skirt.

But while the Chopra-Jonas event was opulent, the Ambani wedding was even more so. Held at Antilla, the 27-story home where the Ambanis live in Mumbai — known to be the most expensive home in the world, built at a cost of more than $1 billion — the wedding enabled the designers to create a new level of luxury.

“We worked closely with Mrs. Ambani and Isha on all aspects of wedding event design. Essentially we created a structure within Antilla,” the designers said after the event. “Every single element, from napkins to upholstery, paneled walls to seating and chandeliers was custom-made for this once-in-a-lifetime event.”

They also dressed the bride and her mother, Nita Ambani, incorporating the mother’s wedding sari into the bride’s dress, reinventing it by pleating and enhancing it by creating 16 panels, and majestic zardozi borders. Each panel was hand-embroidered, with the borders carrying the highlights of the traditional reds and vermillion. The tulle head dupatta and a 20-meter-long train were embroidered in sequins and a crystal jaal with millions of flowers.

The three-day wedding of Chopra and Jonas was held in late November in Jodhpur, where she wore a Ralph Lauren gown. But the design duo conceptualized and designed the event and Chopra wore a series of their designs during the three days. On Dec. 20, the couple held their wedding reception at Taj Lands End in Mumbai, for which the designers both created Chopra’s dress and designed the event.

As if those two weddings weren’t enough, the designers also did the reception for two of Bollywood’s best-known stars, Deepika Padukone and Ranveer Singh, on Dec. 1. Padukone’s ivory demi-sari and a hand-embroidered headdress, with millions of sequins, Swarovski crystals and gold zardozi embroidery and zardozi lace borders for the sari and the headdress generated attention not just for its intricacy, but for the use of the color that has become synonymous with the designers: variations of shades of white, also seen at the Ambasi wedding. Red is the traditional wedding color in India.

“The whites have been our eternal favorites. I’m talking about 28 years ago when people came to us and said white is a color for widows, will you make this for us in pink instead? Those were khadis with beautiful embroideries. Now people are much more open to experimentation with these,” said Khosla, resplendent in a crisp, perfectly fitted Brooks Brothers white shirt. (“I wear Brooks Brothers a lot, their shirts always look brand new — you just have to starch them a little bit, and they don’t crease at all. I wear only white,” he said).

“The Ambanis are really traditional in some ways, but so many whites and off-whites was surprising. They love whites, too, but there’s a huge charm to off-white and they love creams. It is also a color with which you can wear any kind of jewelry. You can dress it up, combine it in different ways and use it forever,” he said.

Within this whirlwind of three major weddings, the designers remained unfazed. The designers believe that, 32 years after they met, they like, more than ever, to do things that defy proportion. “There is nothing small in our dictionary. The bigger the better,” said Khosla.

Their first store, Mata Hari, was launched 32 years ago in Juhu, Mumbai. Over the last few years their brand has seen a resurgence, driven by celebrity and by retail. And 2018 has been a lot more than about weddings for them, with several store openings, the launch of subbrands and a series of collaborations.

Their luxury label Abu Jani Sandeep Khosla was relaunched earlier this year and has two stores, one in Delhi and one in Mumbai. ASAL, their diffusion brand with average price points of 150,000 rupees, or $2,100, has four stores.

For international markets, their brand is getting a different look — called Khosla Jani, it is planned to be introduced in stores worldwide next year.

Jani and Khosla also have done a slew of collaborations this year. “We’re also launching a line of jootis [traditional Indian footwear] with Needledust. There are also collaborations for shawls and jewelry and it’s all happening simultaneously,” said Khosla. “We have all these brand associations to get the brand a wider recognition. Now we’ve started doing trunk shows in the last three years, all over India, and that’s a great concept.”

Retail growth has been happening within each brand as well and Khosla said the plan is to keep the business 50 percent retail and 50 percent bridal.

They cater to entire generations of a family: with the Ambanis it is not only Nita Ambani, but also her mother-in-law, her daughter, and the children in the family. “We have loyal people, three generations stay with us. That’s become synonymous with the brand,” he said.

They have long had celebrity clients, both in India — such as Bollywood star Sonam Kapoor — and in the West, with fans including Judi Dench, Gwen Stefani, Giuliana Rancic and Frieda Pinto, who wore AJSK to the London premiere of “Slumdog Millionaire” in 2009.

Khosla has spoken about the magic created by their garments, but it seems to be equally happening in their own lives. “It has always been happening,” he said quietly. “We’ve just moved our head space to something much more active, much more aggressive and are finding that there is much more out there.”

And their personal relationship also has prospered for more than three decades, which Khosla attributes to “love and respect for each other.”