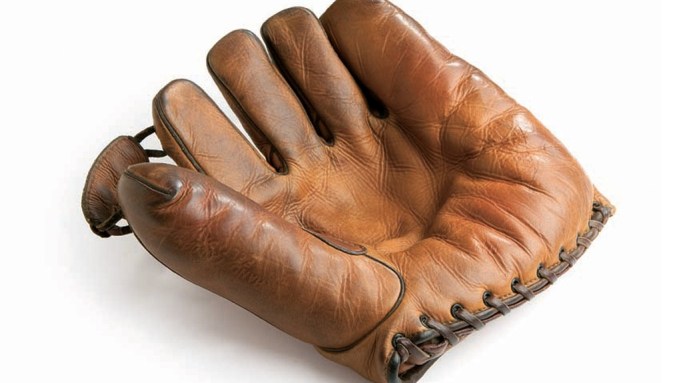 1941: The company is founded in Manhattan as a small, family-run leather goods workshop.

1950s: Cahn begins running the factory for its owners. Inspired by the soft leather of a baseball glove, he develops a process to make leather supple and flexible yet strong. The Coach brand of sturdy cowhide purses would soon be introduced and become the company’s signature luxury trademark.

1961: Miles and Lillian Cahn buy out the factory’s owners, whose names have been lost with the passage of time.

1961: Coach hires American sportswear pioneer Bonnie Cashin — noted for her use of industrial hardware, leathers and wool — as its first creative director.

1964: The Coach Turnlock is used for the first time on handbags.

1973: The Duffle, which would become a brand hallmark, is introduced.

1974: The Coach lozenge hangtag first appears across the entire line.

1980: The brand publishes its first catalogue and begins a mail-order business.

1985: The Cahns sell Coach to Sara Lee Corp. for a reported $30 million; the brand’s sales are about $19 million at the time. Frankfort takes over as president.

1986:  Coach begins to broaden its product mix, expand wholesale distribution and start a rapid retail expansion, opening in-store shops in Macy’s and other department stores, as well as 12 of its own stores.

1988: The company begins an international push, opening boutiques in England and Japan, where it has a distribution agreement with Mitsukoshi.

1990: The company, now with 19 shops in Mitsukoshi department stores in Japan, begins building in Asia.

1992: Products are broadened to include outerwear and luggage, gifts like frames and an expanded men’s line.

1996: The company hires Reed Krakoff as its creative head to develop Coach as a modern lifestyle brand. Krakoff had been a sportswear designer at Tommy Hilfiger and, prior to that, at Polo Ralph Lauren and Anne Klein.

1996: Overall sales top $500 million. The firm signs its first license, with Movado Group for a line of Coach watches. Following soon are phone cases with Motorola, footwear with Jimlar and furniture with Baker Furniture Co.

1999: The firm enters the e-commerce arena with the launch of coach.com.

2001: The Coach Signature collection using the double-C design launches, as does its first collection of fine sterling silver jewelry.

2001: Krakoff wins his first CFDA Accessory Designer of the Year award, with a second win in 2004.

2001: Coach forms a joint venture with Sumitomo Corp., and opens its first Japanese flagship in Ginza, Tokyo, in 2002.

2004: The brand continues its aggressive pace of store openings in Japan and opens a 5,100-square-foot flagship at The Forum Shops at Caesars Palace in Las Vegas.

2005: Coach unveils its redesigned and expanded flagship at Madison Avenue and East 57th Street. The store, at 10,000 square feet, is the company’s largest to date and is expected to generate $20 million in sales in its first year.

2005: Coach buys Sumitomo’s 50 percent interest in their joint venture for approximately $225 million, plus other consideration of about $75 million, officially establishing Coach Japan Inc.

2006: Krakoff introduces the Legacy collection to mark the brand’s 65th anniversary. The company also launches a collection of women’s knitwear with Lutz & Patmos.

2006: Flagships open in Taiwan and Korea.

2007: Coach signs a distribution agreement with the Estée Lauder Cos. and enters the fragrance arena with the launch of its first namesake scent, sold in Coach stores and its Web site.

2008: The Coach Foundation is established for charitable giving.

2008: The company opens its first global flagship in Hong Kong, paving the way to wider expansion in Greater China (including Taiwan, Macau, Hong Kong and the Mainland), where it has 50 locations and expects to reach 80 within a few years.

2010: Coach launches in Europe, opens a flagship in Shanghai and opens its first Coach Men’s store on Bleecker Street in New York.

2010: Luxottica picks up the eyewear license for Coach, held by Marchon since 2002. Luxottica’s designs for Coach will launch in 2012.

2010: Coach and Lauder extend their deal to launch fragrance in department stores globally.

2011: Gwyneth Paltrow becomes a brand ambassador and is featured in ads supporting the launch in the U.K. and expansion in Asia. Coach announces its intention to pursue a dual listing of its shares on the Hong Kong Stock Exchange. The company also opens a flagship at 41 New Bond Street in London. To commemorate the opening at No. 41 and its establishment in 1941, Coach unveils the “41 Collection” of three exclusive styles available at the store, each a tribute to a London neighborhood.