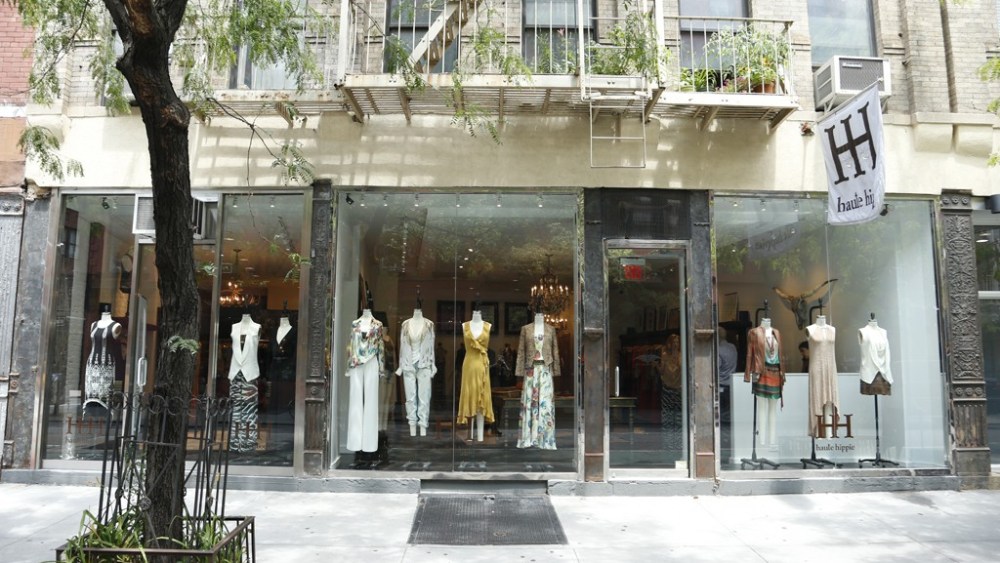 The Haute Hippie story has a little bit of everything.

There’s the girl from Oklahoma who moves to New York, lands a job as a receptionist at Calvin Klein, but ends up making a name for herself, moving on to Theory and then Liz Claiborne Inc. before finally striking out on her own in 2008.

That’s the first Haute Hippie, founder and creative director Trish Wescoat Pound, who is on a mission to fill the space between contemporary and luxury fashion and create the right wardrobe for her high-end gypsy lifestyle.

The business story under Cole has managed to attract interest from an extremely savvy investor. David Bonderman, cofounder of private equity giant TPG, made a personal investment in Haute Hippie recently, buying just less than 8 percent of the company.

And then there’s the juicy bit, the reason Cole took an active role at Haute Hippie — to deal with what the company described in a lawsuit as “acts of unashamed thievery” on the part of several employees. Cole estimated the company lost at least $700,000 to $800,000 as employees went on spending sprees using corporate credit cards, shaving 10 to 12 points off its profit margins for two seasons.

Behind it all is a brand that’s gained traction at wholesale, is branching out into retail and is looking to add more accessories. Home goods and hotels could also be in the offing in the future.

Pound said all of that is possible because Haute Hippie is built around a lifestyle and not a classification.

At a tour of the brand’s Prince Street store in SoHo, Pound, who like her brand is energizing and relaxed at the same time, talked about the “democratization of luxury,” making fashions that were both sophisticated and inspired by rock ’n’ roll.

“Clothes to fly in,” Pound said.

Haute Hippie’s T-shirts run $65 at retail, and prices extend upwards of $4,000 for a gown. Annual revenues weigh in at $40 million, 85 percent to 90 percent of which is done through wholesale accounts such as Saks Fifth Avenue and Neiman Marcus. The brand has three stores, including outposts on Madison Avenue in Manhattan and East Hampton, N.Y.

Pound said the designer landscape is divided between girly-girl looks on one side and androgynous styles on the other. She said she’s somewhere in between.

And right now at least, the brand is focused on apparel when much of the designer set is increasingly looking to make money in accessories.

“Who’s actually selling clothes?” Pound said. “How many designers sell clothes? Not that many anymore. A lot of people are making clothes that fill up racks.”

Pound looked around the store, which is furnished with couches and photographs of nudes that used to decorate her own home, and seemed almost wistful.

“I think there’s something really good that’s going to happen with this brand,” she said.

Neiman’s carries the brand in more than 33 stores and Downing said it has a “very romantic bohemian sensibility.

At the start, the venture was an all-in effort. Pound put in every cent she had, and her severance payment from being chief merchandising officer of contemporary brands at Claiborne, to start the business out of her home.

It almost didn’t pay off.

Cole, who started the institutional trading desk at Schonfeld IBS and sold it to Merlin Securities, joined the company to turn operations around and “apply some of my Wall Street experience.”

That included cleaning house after the alleged fraud, which was causing some payments to vendors to be slower than management realized.

Cole said employees who had been given corporate credit cards spent lavishly on themselves, buying iPads and taking extravagant vacations.

“I’ve never seen anything so nasty in my entire life,” he said.

About 20 to 25 people left the firm as Cole addressed the problem. The firm now employs 55 people in its headquarters.

The episode spurred a lawsuit from former production head Andrew Morrison, who after he was fired alleged discrimination based on sexual orientation and in the suit described Cole as an “alpha male” and a threatening presence.

That suit and the fraud suit against Morrison and others are both pending.

Cole said the company is moving away from that episode now and looking to the future, being careful with its money.

The runway show planned for earlier this year was put off.

“If we do a runway show, it’s going to take away from what we do, which is make really nice clothes,” Cole said of the thinking behind the decision to postpone the show.

This year is about staffing up. The company is looking for a president, a director of retail and people to work in marketing and design.

Next year will be about adding more stores.

“We want to take a couple markets where we know we have a loyal following and tell our story,” Cole said.

And it is a story with many parts.