The Phoenix From the Flame 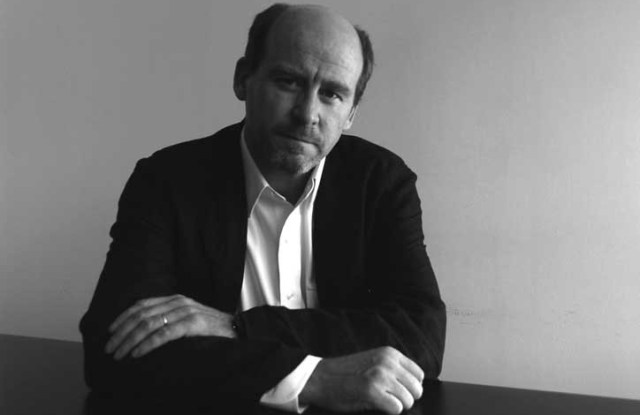 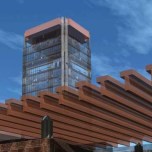 When Santiago’s Edificio Diego Portales went up in smoke in 2006, few aesthetes in the Chilean capital rushed to pass buckets along the fire line. Charitable critics of the structure, designed by Miguel Lawner and built in a record 275 days, had called it “interesting,” while others labeled it just plain ugly.

Appearances aside, the building played a symbolic role in Chile’s late–20th century history: After Augusto Pinochet seized power in 1973, bombing the Palacio de la Moneda in the process, he seated his government in Diego Portales, constructed the year before under Salvador Allende to house a United Nations conference. What was once a light, airy building open to the public became a cloistered, shadowy bunker for Pinochet’s junta, and later the country’s defense ministry.

After the accidental fire destroyed a significant portion of Diego Portales, its distinctive latticework roof having crashed to the ground, some leading architects including Christian De Groote called for its complete demolition. But Chilean president Michelle Bachelet instead held an international competition, soliciting proposals to make over the smoldering wreck into the Centro Cultural Gabriela Mistral, named for the Nobel Prize–winning Chilean poet.

The move drew fire: “Bachelet has a poor record with infrastructure, and she’s just looking to enhance her legacy by spending state funds on a cultural center that would be redundant of the arts institutions we already have in Santiago,” says Rodrigo Tisi, a Chilean-born architect who has worked in both Chile and the U.S.

Objections notwithstanding, the jury received 55 entries, and after narrowing them to a final pool of five, it named local firm Cristián Fernández Architects as the winner in December. The proposal is the vision of Cristián Fernández Eyzaguirre, who studied design at the University of Chile and trained in New York under Henry Smith-Miller and Laurie Hawkinson in the mid-Eighties. Unlike some of his countrymen, the 47-year-old Fernández Eyzaguirre believes the building ought to be preserved, and that his plan can transform it from a dark icon of dictatorship to an open, inviting destination for culture. In this way, he feels the project will help Chileans come to grips with a still raw period of their recent history.

“As it stands, it’s not a beautiful building,” he admits. “But it is a historic one, and it should remain. I believe that our plan can make it beautiful.”

His proposal, developed with the aid of his staff of 15, rests on three concepts. The first is the partial preservation of the original structure. The second is a thorough integration with the environs—a truly urban proposition that connects the Alameda, a major avenue that bounds the site, with Santiago’s Lastarria and Parque Forestal neighborhoods on its other side. “Instead of one long building, we’ve put holes in the middle,” he explains. “It is actually three buildings under one roof.”

The last pillar of Fernández Eyzaguirre’s design is its precept of openness. While certain spaces—concert halls, theaters and rehearsal studios—will be “black boxes” at the structure’s core, the circulatory components—stairways, elevators, lobbies and restaurants—will be situated on the perimeter, sheathed in glass and then a skin of perforated copper.

Fernández Eyzaguirre also is planning a dynamic roof—one whose “expression changes every meter.” It will transform from heavy at one end of the structure to light at the other, another symbol of the country’s emergence from dictatorship.

With a construction budget of $50 million, a significant sum for architecture in Chile, Fernández Eyzaguirre’s project will be a centerpiece of his nation’s bicentennial in 2010. “In Santiago, this building has represented something dark and secret,” the architect says. “But now it will be a symbol of transparency.”