The Players Behind the Dior Succession

Dior officials have indicated they are in no hurry to name a successor. Still, there are plenty of gyrations behind the scenes. 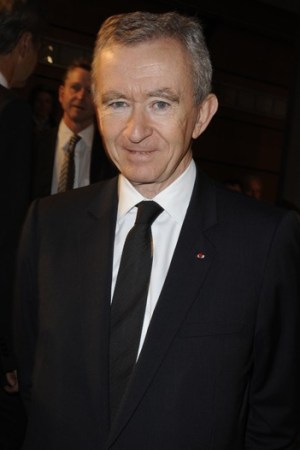 PARIS — The industry’s fixation on who might replace John Galliano as the new couturier at Christian Dior reached a fever pitch during Paris Fashion Week that has since died down to a low murmur.

Dior officials have indicated they are in no hurry to name a successor, which has helped to quiet the rumor mill.

Still, there are plenty of gyrations behind the scenes.

While luxury titan Bernard Arnault, chairman of the board at Dior, will certainly get the last word on who will be handed the creative reins of his most treasured fashion property, there are other pivotal decision makers, chiefly Dior chief executive officer Sidney Toledano, who has helmed the company since 1998 and is the architect of its recent growth arc. Delphine Arnault, since 2008 the deputy managing director at Dior and widely viewed as the eventual heir apparent, is also said to be keen to assert her point of view.

Dior executives have also been fielding unsolicited suggestions from top editors and even shareholders.

Givenchy’s rising star Riccardo Tisci is considered a strong contender from within Arnault’s constellation of designers, and is said to be lobbying for a shot at the high-powered job, sketching out his vision for the brand.

Delphine Arnault is seen as a keen champion of the young Italian, who rose from a modest background to become one of the hottest young guns in fashion with an entourage that includes models, artists and pop stars.

Yet if Burton were to succeed in dressing Kate Middleton for her April 29 marriage to Prince William — something she and the company insist they are not doing — her chances would greatly improve.

According to a source, Bernard Arnault is transfixed by royalty, and would be keen to launch Dior alongside the next-generation couple, just as Princess Diana helped catapult the image of the brand in 1995 when she toted a Lady Dior bag and, a year later, donned a midnight-blue, bias-cut Dior gown by Galliano to attend the Costume Institute gala at the Metropolitan Museum of Art.

At Dior’s recent shareholders’ meeting, Arnault said the plan was to interview a slate of candidates and take a decision when “conviction” arrives.

According to a Paris source, the powers that be are placing less importance on marquee names, prioritizing “someone who understands Dior and fits the needs of the company.”

It is understood Dior’s in-house design studios — now headed by Bill Gaytten, who has worked beside Galliano since the Eighties — are already at work creating the upcoming cruise collection, and starting on couture in anticipation of a high-fashion show in July.