The pop star's stylist and new creative director at Thierry Mugler is out to reinvent the Paris-based firm’s collections.

By Miles Socha and Laurent Folcher on January 19, 2011
View Slideshow 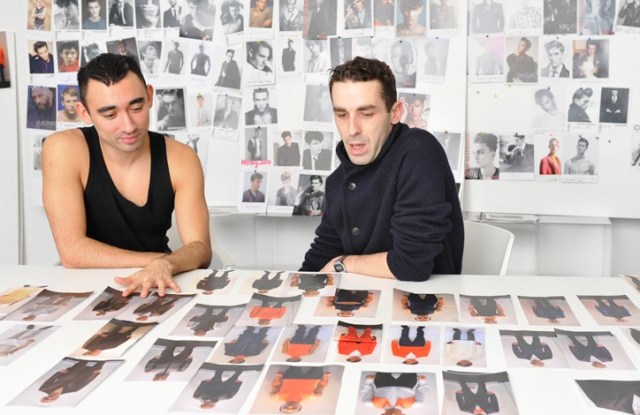 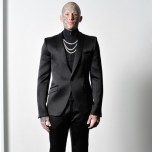 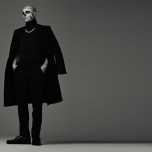 PARIS — “He was a kind of pop culture punk in a fashion world — and that’s me,” Nicola Formichetti, the new creative director at the fashion house of Thierry Mugler, said with a yelp of laughter.

This story first appeared in the January 19, 2011 issue of WWD. Subscribe Today.

Indeed, Formichetti, best known as the stylist who put Lady Gaga in a dress made of raw meat and other equally outrageous ensembles, said he has already conscripted the pop sensation as a conspirator as he sets out to reinvent the Paris-based firm’s collections, starting with his men’s wear debut tonight. Gaga will be the show’s musical director, although she isn’t expected to be in the front row.

The music she created, based on a never-heard track from her forthcoming album “Born This Way,” is “very, very hard, but pop at the same time…It’s really amazing,” enthused Formichetti, who held his cell phone over a speaker to preview a snippet of the spoken-word intro. An Internet-savvy sort, he plans to mount visuals and sound from his show quickly on Mugler’s Web site because “I want to make sure her fans can have a front-row seat.”

Capturing Gaga’s audience of followers is sure to catapult the profile of Mugler, which has made barely a flicker on the fashion radar in recent years despite the Clarins Group brand’s strong portfolio of fragrances, including Angel, Alien and Womanity.

Formichetti said he’s already created custom Mugler costumes for the pop sensation’s album art, videos and performances ahead of her album release on May 23, and Gaga will likely be more involved in the women’s ready-to-wear line, making its debut on the runway March 1 during Paris Fashion Week.

“I want people to think, ‘OK, there’s something new happening.’ I want people to get excited again, not only fashion people,” he said in an interview as he readied 20 to 30 looks for the men’s runway today, and a short film as a backdrop.

The globe-trotting, half-Japanese, half-Italian dynamo — who will continue his role as fashion director of Vogue Hommes Japan but rein in other editorial and consulting work — noted Gaga is not under contract with Mugler, describing their ongoing collaboration in organic, causal terms: “It’s me and her just having fun and getting very inspired from the idea of Mugler,” he said. “She’s very much involved, more in the early stages.”

For example, that new track. “When I heard it, I said, ‘That’s Mugler.’ She’s remixing it especially for the show.”

Formichetti, 33, said the Strasbourg-born designer who skyrocketed to fame in the Eighties with his sculptural and theatrical creations first came to his attention when he moved to London at age 20 and saw the George Michael video for “Too Funky,” which showcased Mugler’s runway magic, from a motorcycle-esque bustier replete with handlebars and rearview mirrors to a robotlike bodysuit and helmet.

“I didn’t look at it as fashion. It was pop culture,” Formichetti recalled. “Out of all the incredible designers that I loved, he was the one.”

Indeed, Formichetti confessed he was apprehensive about taking over the brand when first approached by Joël Palix, president of Clarins Fragrance Group and director general of the Mugler company. “I thought, How can you do something better than Thierry Mugler? He was a fashion god.

“The clothes were out of this world. It always had a story behind it; it wasn’t only a new look or a new silhouette. He just created his own universe.”

Yet Formichetti has no plans to hit the rewind button.

“I’m not here to re-create what he did. It was perfect for the time. I’m going to do something for today and the future,” he said.

According to him, at the core of Mugler’s extreme, superhero silhouettes lies the essence of the brand: giving power to people. “I want to give power to the people in a more human way,” Formichetti mused. “They need to feel confident inside. He was about superhumans. For me, it’s a little more emotional, romantic. I want to give dreams and fantasy and all those things — and I want people to wear those clothes.”

“A modern-day punk,” “bold” and “a little bit hard” are some of the terms Formichetti threw out to describe his vision for Mugler.

To signal the new direction, Clarins is dropping the Thierry to just Mugler for the fashion label. (The fragrances will continue under the name Thierry Mugler, with the founding designer as their artistic director.)

A trawl through the Mugler fashion archive was a starting point for Formichetti, who oversees two design directors: Sébastien Peigné, a 10-year veteran of Balenciaga, for women’s, and Romain Kremer, who has shown experimental looks under his fledgling Paris label since 2005, for men’s. Formichetti followed his stylist instincts and gravitated toward pieces made of rubber, fake fur, velvet and silver — and in bright colors like orange.

He said he and Kremer also absorbed the “Hollywood glamor” of Mugler and “reworked his signature suit.” During a preview, the duo showed off a lapel-less satin coat over a funnel-neck top, wide-leg pants and creeper shoes, injecting a streetwise edge to sharp, graphic tailoring and incorporating such Mugler details as snap closures.

Since last week, Formichetti has leaked a series of teaser images about the men’s debut, featuring Montreal model Rick Genest, who has tattooed his entire body so he resembles a skeleton. Photos by Mariano Vivanco — whom Formichetti describes as “very Renaissance statue feeling” — depict him wearing a spiked helmet and encased in black latex, which he peels off in stages. “He is so incredible,” Formichetti said about Genest, better known online as Zombie Boy. “He’s so not Mugler, it’s Mugler in a way….He really inspired me.”

Like the house founder, who recently earned design kudos for a Cirque du Soleil project and a Beyoncé world tour, Formichetti had no formal fashion training. He said he knows how to sketch but approaches fashion like a stylist, manipulating clothes and building an image in concert with Peigné and Kremer. He characterized this “team work” as a new way of working with the fashion business.

Likewise, given his penchant for blogging and tweeting, he’s tossed out the rule book in terms of magazine exclusives, seasonal campaigns and geographic rollouts. “I want to be global, but I want to be digital, instant, direct. I don’t want it to be a ‘normal’ fashion brand. We are always punk and outsider,” he said. “The great thing about the online world is it’s instant: You get feedback; the feelings of consumers and fans.”

Palix called Formichetti a “maverick in terms of his understanding and vision for fashion” who is already driving a “huge” spike in online conversation about the Mugler brand.

“It’s a young team, and that’s what fashion needs today — waking up a little bit the fashion world,” Palix said.