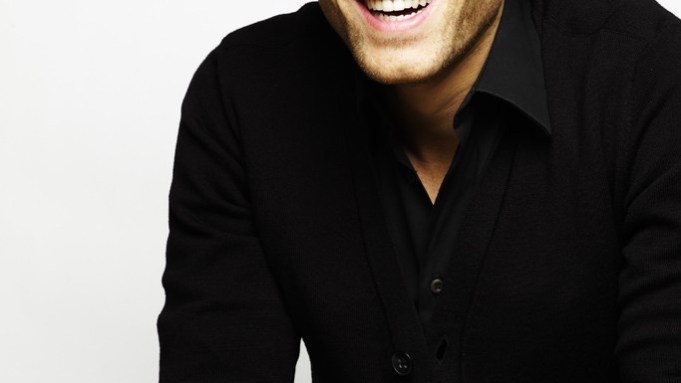 Marc Ecko is back in the game.

The cofounder of the Ecko brands, who sold his stake in them to Iconix Brand Group in 2009, is retaking the helm of Marc Ecko Cut & Sew, the upscale contemporary label that is an offshoot of the core Ecko Unltd. young men’s brand. Ecko’s first season designing and producing the line will be summer 2014, which he plans to unveil to buyers next week at the Ace Hotel in New York.

“I’m dusting off the old kicks and getting back into the grind,” said Ecko, who over the past few years has been focused on building his Complex Media business and largely divorced from the Ecko brands, serving only a negligible advisory role.

Ecko has formed a new company called Unlabel.ME, which has licensed the Cut & Sew brand from Iconix and will be responsible for design, product development and sales. Ecko’s partner in the venture is his twin sister, Marci Tapper, who was a cofounder of the former Marc Ecko Enterprises.

“Marc Ecko and Marci Tapper bring with them a deep passion for this brand, a creative vision and a vast experience in product and design,” said Neil Cole, president and chief executive officer of Iconix. “With Marc and Marci’s know-how coupled with Iconix’s expertise in brand management and our global retail partnerships, we are confident we will be able to grow this brand exponentially.”

The Cut & Sew label was previously handled by the operating company owned by Seth Gerszberg, the third cofounder of the Ecko brands. Gerszberg’s company still retains the license to produce and distribute the primary Ecko Unltd. young men’s brand, which is a larger business than Cut & Sew.

When Iconix acquired a 51 percent stake in Ecko in 2009 for an effective purchase price of $109 million, including debt, from Marc Ecko, Gerszberg retained his 49 percent share of the brand. (Tapper had previously sold her stake in the company.) The brands were licensed back to Gerszberg’s operating company, which produced and distributed the Ecko lines. In an interview, Ecko said his role in that company dwindled and diminished as he was effectively sidelined under the new management structure, despite holding the title of chief creative officer.

“I really felt quite amputated,” said Ecko. “The environment was not conducive to being creative.”

Without an ownership stake, Ecko found himself removed from the levers of power, in practice if not in title. “Listen, I’m not the first guy to sell his trademark or brand and then have to reconcile being divorced from what I invented,” said Ecko philosophically.

Ecko’s new deal for Cut & Sew comes on the heels of Iconix buying out Gerszberg’s minority ownership of the brands for $45 million in cash in May, bringing full ownership of Ecko under its umbrella. Last month, Iconix also made a $25 million investment in Marc Ecko’s Complex Media.

Cole has joined the board of Complex Media, which already includes representatives of investors Accel Partners and Austin Ventures, which jointly provided $12.8 million to the company in 2009. Complex Media encompasses its flagship magazine and Web site, along with more than 110 sites targeting men in the style, music, gaming and sports silos, such as highsnobiety.com, selectism.com and solecollector.com.

Ecko’s deal for Cut & Sew separates the two distinct labels operating under the Ecko banner. “It gives everybody the opportunity to do what they do best. It allows for segmentation of the brand, with Marc Ecko Cut & Sew capturing a slightly older, more sophisticated consumer and Ecko Unltd. serving the youth culture consumer,” said Seth Horowitz, president of the men’s division at Iconix. “We feel that Marc Ecko Cut & Sew will thrive under Marc’s creativity and leadership.”

The biggest retail partner for Ecko Unltd. is Dillard’s, along with specialty store accounts. Key retail partners for Cut & Sew are Dillard’s and Nordstrom.

Marc Ecko said the Ecko brand has declined under Gerszberg’s stewardship, an assertion Horowitz did not dispute. Gerszberg did not respond to requests for comment.

“There has been consolidation in the marketplace and increased competition [in the young men’s category] with a lot of new brands,” said Horowitz. “All brands in this space are fighting for market share.”

Some of those greener players might learn some lessons from a book that Ecko just authored, called “Unlabel: Selling You Without Selling Out,” published earlier this month by Touchstone/Simon & Schuster. It’s the first definitive retelling of the founding of Ecko in 1993 as a T-shirt company and it’s roller-coaster ride to becoming a global brand.

Ecko — who is almost aggressively erudite, peppering his conversation with words like “gestalt” and phrases like “taxonomies of product development” and “thinking through the design process in a tai-chi fashion” — has plenty of advice, both high-concept and practical, for entrepreneurs. He doesn’t hold back on the inside details of his company’s many ups and downs over the years, which makes for an eye-opening read.

“I’m not operating from an ivory tower of pure fashion. I don’t fancy myself as a pure fashion designer like Ralph or Calvin. The world doesn’t need another guy to organize another fashion conversation around lapel widths or the role of leather sweatpants, like Kanye would say,” said Ecko. “I want our brand to be about inspiring people. I want people to say, ‘If I’m going to wear that shirt, I can tell my boss to f–k off.’ That’s the spirit of where I want to reposition the brand.”