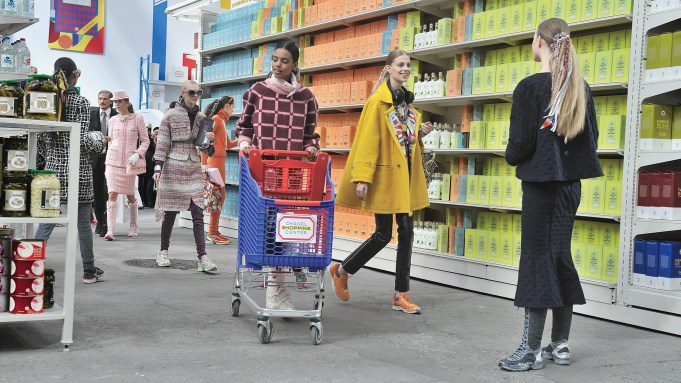 As the 21st century dawned, Karl Lagerfeld — always one whose imagination knew no bounds — began to think even bigger at Chanel, at least when it came to his show sets. The venue was generally the Grand Palais with its 11-story glass cupola, while the set was always one to take guests’ breaths away. From his most recent romp at the beach for the January couture show to full-sized rockets or cruise ships, an Eiffel Tower, a bar, a merry-go-round, a supermarket and even a giant Chanel jacket, Lagerfeld proved time and time again that he was not only a master designer, but a master showman as well.

Here, a look at some of Lagerfeld’s standout sets for Chanel over the years.