The Shop Around the Corner: Berlin’s Newest Retailers

Here are three of the newest retailers to open in Berlin. 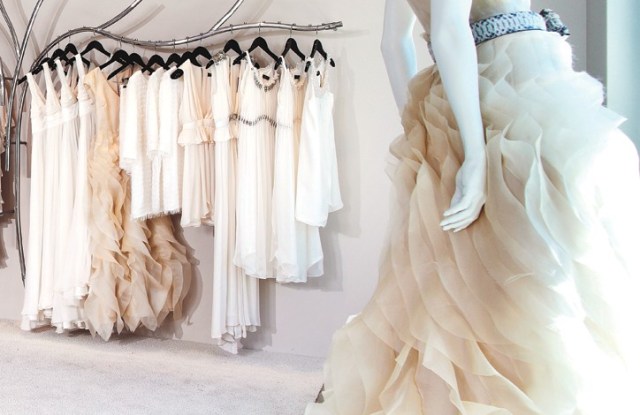 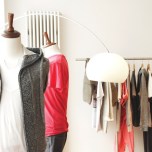 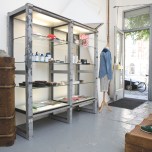 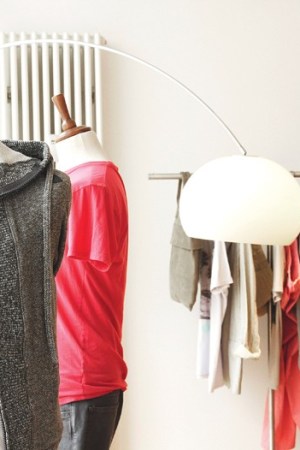 Here are three of the newest retailers to open in Berlin.

In opening its first flagship, Berlin-based fashion label Kaviar Gauche brings its ready-to-wear, bridal couture and accessories lines together under one roof. Half the store is dedicated to a selection of wedding gowns that hang gracefully from the branches of a steel tree sculpture against champagne-colored walls. While bridal gowns often veer toward homogeneity, KG designers Alexandra Fischer-Röhler and Johanna Kühl produce dresses for a wide range of brides-to-be, from more traditional, flowing, tiered taffeta in pale peach to short, fitted ivory dresses with studded necklines.

The label’s accessories collection has made a name for itself, with its trademark moon-shaped pleated leather bags with chain handles swinging from the shoulder of many a Berliner. In-store, studded leather handbags and accessories reflect the edgier side of KG’s personality, as do sleek black python skin jackets in the current women’s collection. The designers themselves worked with local architect Amir Abadi to design the store, which will soon also house the much-anticipated Kaviar Gauche shoe collection.

Alexandre Guarneri founded Homecore as a men’s streetwear label in Paris in the mid-Nineties, and by 2008, the brand was stocked in more than 200 doors. Too many, in Guarneri’s opinion, so he went into reverse, downsizing to 80 retailers and opening a sole flagship in Berlin last March. The clothes also got a makeover in a casual-preppy direction and are now worn by Guarneri, who serves as Homecore’s designer and model, appearing in the brand’s brochures and on its Web site.

Meanwhile, Homecore’s sweatshirt jacket, a cross between a men’s suit jacket and a standard sweatshirt, looks like it’ll be harder to keep in stock. Available in many colors and prints, the item has been Homecore’s bestseller among the 560 pieces sold in the store’s first two months.

Soto is the latest boutique to open on Torstrasse and the name (an abbreviation for “South of Torstrasse”) pokes fun at the fact that the area is becoming the latest focal point for the city’s young and hip. The number of men’s wear stores is on the rise in Berlin, but few have as eclectic a range of designers as Soto, which offers a mix of commercial sportswear brands such as Nike and Converse alongside lesser-known Japanese labels including Bedwin and the Heartbreakers and Deluxe, and Scandinavian brands Our Legacy and Norse Projects. It is also the only store in Germany to sell fashion editors’ perennial favorite, Opening Ceremony, but Soto’s three owners collectively run a brand consultancy and so are very much tapped in. The store opened in April, and also caters to the lifestyle of the urban, design-conscious male, with a range of grooming products by Baxter of California, Abici leather bike locks and a selection of glossy coffee-table books. During fashion week, Soto’s spare room will be turned into a pop-up store for a selection of its brands.