The show will likely be the last of its kind due to garments’ age and fragility. 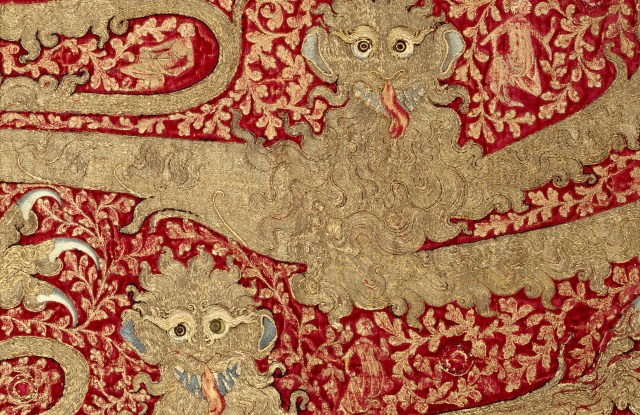 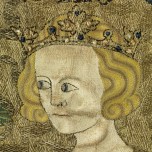 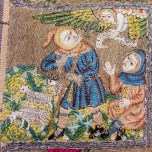 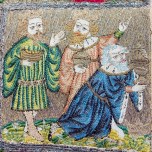 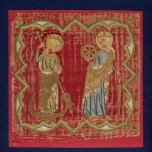 The Victoria and Albert Museum has unveiled a gem of a show about the heyday of English embroidery — from the 12th to the 15th centuries — complete with glinting rose gold and rich red silk; some of the first velvet fabric, and human and animal figures so alive they look as if they could walk, fly or slither right off the garments.

“Opus Anglicanum: Masterpieces of English Medieval Embroidery,” is the largest exhibition on the subject for 50 years. Some of the pieces — mainly the religious vestments — have made their first trip back to England since they were created centuries ago, and it’s most likely the last time they’ll travel, due to their age and fragility.

The timing of the show, which runs until Feb. 5, could not have been better: It picks up the threads of many a conversation taking place today, including the importance of trade with Europe; luxury bubbles; the rise of fast fashion (of the Renaissance variety); the need to demonstrate power and status via clothing, and luxury’s obsession with hand craftsmanship.

Clare Browne, a senior curator of textiles at the V&A and cocurator of the show, calls those four centuries of sophisticated handwork for popes, cardinals, royals and nobles “an extraordinary period in English craftsmanship, a high point in English artistic production.”

The highly-skilled, professional embroiderers — both male and female — would begin their careers with long apprenticeships, and later be commissioned by Europe’s VIPs to create vestments, ceremonial or special-occasion garments and heraldic uniforms that would take years to create.

They worked their needles in the City of London, using couching, split and spiral stitching techniques, transforming gold, silver and silk threads into colorful scenes from nature, the Bible, mythology and everyday life. The embroiderers were so skilled, according to Browne, that they were even able to contour faces, creating cheekbones and dimples.

During a walk-through of the show, Browne pointed to a particularly expressive horse featured on a linen cloak, its eyes popping comically as it strains towards a bit of grass. She said the English embroiderers “seemed to have a particular affinity for animals and birds — there’s a tenderness and a quirkiness to them,” she said.

There are detailed panels from the early life of the Virgin Mary, showing her parents swaddling her as a baby; Adam and Eve talking to a creepy, human-looking serpent; a mermaid gazing into a mirror, and the murder in 1170 of St. Thomas Becket at Canterbury Cathedral.

The latter, done as a lifelike black silhouette on a cream-colored bishop’s mitre, could have been drawn by the hand of the pioneering German animator Lotte Reiniger. Meanwhile, the bulging eyes and bushy brows on a pair of lionlike gargoyles on a cloth belonging to King Edward III’s horse are more Walt Disney.

One of the show’s highlights is the 14th century garment that Edward, the Black Prince, wore over his armor. Made from wool-padded linen, it was originally covered with embroidered silk velvet — now worn away — bearing the coat of arms of the famous warrior, with fleur-de-lis, lion and feather motifs.

Thanks to European royal marriages, diplomatic missions and trips back and forth to the papal court in Rome, word quickly spread of England’s superiority with a needle and thread. “It was international demand that allowed English embroidery to develop,” said Browne.

The exhibition begins with a big map showing that England was exporting across Europe, including Spain, Italy, Germany and Scandinavia. The show includes pieces on loan from the National Museum of Iceland picturing that country’s saints in rose gold on a Titian red fabric.

Although the cloth may have been imported, mostly from Italy, the motifs and scenes were designed in England by artists or manuscript illuminators.

Then, like many a luxury trend, it all ended — for a variety of reasons. There was The Black Death of 1348, as well as a newly rich middle class that preferred to spend on less expensive, mass-produced embroidered garments. Meanwhile, patterned textiles came into vogue, as did embroidered patches which could be sewn onto garments.

“Although sumptuary laws still existed, there was more of a range [of textiles] to choose from, and international demand dropped off,” said Browne. The Spanish and Flemish also proved to be fantastic embroiderers, while brighter, louder Italian designs were also becoming the rage as the Renaissance began to sweep through Europe.

While England’s age of golden thread may be over and the V&A show most likely the last of its kind, the country’s embroidery skills and traditions continue to flourish — albeit on a smaller scale.

For the week following its September fashion show, Burberry invited a host of craftspeople to Makers House, its pop-up venue in London’s Soho, to show off their skills. During the week, there was a stitching and embroidery seminar given by the Royal School of Needlework, one on military embellishment and others on patchworking and passementerie.

Meanwhile, Hand & Lock, which has been embroidering in London since 1767, was a sponsor of “Opus Anglicanum.” In addition to undertaking high-end ceremonial, military and gold embroidery, Hand & Lock has a concession at Topshop, with small letters and patches costing 5 pounds, or $6.30 at current exchange, and large ones costing 15 pounds, or $19, a humble — but direct — link to the past.