Celebrating the designers who haveshaped American fashion in the past 50 years. 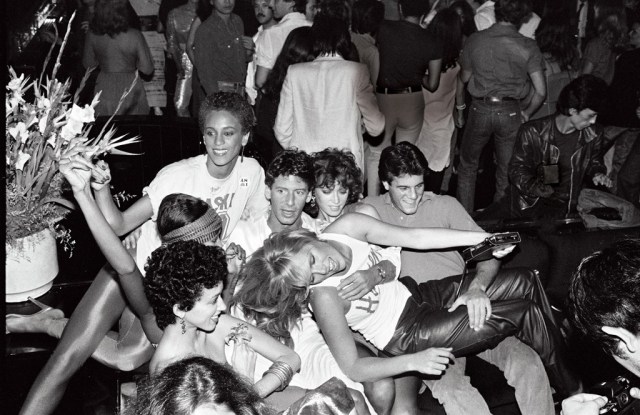 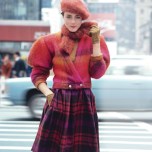 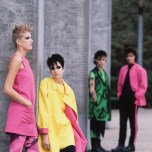 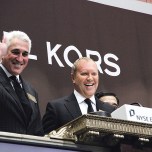 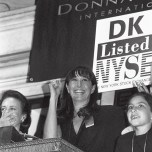 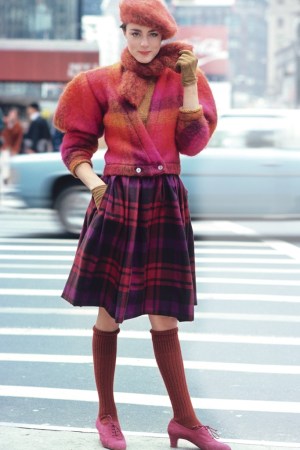 An organization is only as impressive as its constituency. In 50 years, legions of designers have aspired to leave their marks on American—and world—fashion. Some have done so brilliantly, by creating a look, capturing the cultural moment or challenging the artistic or business status quo. These pages celebrate a remarkable few.

Lifestyle brand. These days, what isn’t? Before branding fever burst into full-on obsession, with houses pushing designers to delve into every imaginable product category and then market it via traditional advertising, celebrity placement and Tweeting, Pinning and Liking, there was a different kind of lifestyle marketing: the organic development of designers who took their own social circles as professional templates. In the Seventies, the speed and sensuality of the disco era inspired Halston and Calvin Klein. Their very different aesthetics shared a casual, decadent glamour that pulsed not only by night, in Halston’s sinuous jerseys and Klein’s languid looks, but by day as well, most famously in the jeans etched into history by the pouty musings of an adolescent pretty baby.

Sometimes the magic passes too quickly, but the mark remains. By all accounts beloved before he got sick, Perry Ellis was deified within the industry after his death. With good reason. Ellis brought to the designer arena a youthful joy and spontaneity that hadn’t existed before. Coupled with a generosity that made him a natural mentor, his not-too-serious take on chic made him a guru to younger designers, so much so that shortly after his death, the CFDA inaugurated its young designer award in his name. Had Ellis not fallen victim to the AIDS epidemic, there’s little doubt he would be in the forefront of fashion today.

The same cannot be said of Stephen Sprouse, whose flamboyant work seemed in contrast to his gentle demeanor. Sprouse struck a pop-cultural nerve in the club-happy Eighties, Day-Glo-ing and graffiti-ing his way to fame with a look and attitude so exciting and subversive, it took your breath away. And, once you adjusted to the shock, it was fun, to boot. Sprouse hoped to leverage fashion into a multitiered career encompassing his interests in art and music. While he continued to work in all three disciplines, business woes followed him almost from the start. It took his famous 2000 collaboration with Louis Vuitton to briefly bring him back into the limelight.

If creativity makes the fashion world go round, ample financing provides a powerful motor for the axis. In the early Nineties, fashion piqued the interest of Wall Street. Tommy Hilfiger and Donna Karan—along with Hilfiger’s partners Silas Chou, Lawrence Stroll and Joel Horowitz; and Karan’s husband, Stephan Weiss—understood the brimming investor fervor early on. They struck gold when their companies went public, his in 1992; hers, four years later.

While hardly the norm, the blockbuster initial public offering has been part of the financing-fashion discussion ever since. Enter Michael Kors, New York’s most unabashed optimist. His retention of that upbeat mind-set through some serious lean times was paid off in full late last year when, now partnered with two-thirds of the former Hilfiger brain trust, Chou and Stroll, and a bona fide television star to boot, Kors reaped an initial IPO payday of $117 million. Michael Kors Inc. is now valued at $10.3 billion. Not surprisingly, rumors about other brands looking to keep company with Kors in the public arena just keep coming.

The past decade has seen the early spoils of the current confluence of young talent with informed patronage: perhaps the largest collective expansion ever of the roster of American fashion. Proenza Schouler’s Jack McCollough and Lazaro Hernandez broke through first, bounding out of Parsons in 2002 with a powerful, street-chic look that won immediate critical acclaim. Soon after, two quirky sisters from Pasadena, Calif., Kate and Laura Mulleavy, awed even the most fashion-jaded with their artfully moody couture-like aesthetic at Rodarte. Since then, others have emerged, Alexander Wang, Jason Wu, Prabal Gurung, Joseph Altuzarra, and The Row’s Ashley and Mary-Kate Olsen to name a few, each with a passion, a clear message and dogged determination. Surely some will hit bumps in the road; some may experience catastrophe. But together they ensure a bright future of American fashion, tomorrow and for years to come.

NEXT: Let Them Wear Clothes >>

The cause was noble, the crowd fancy and, for the five American designers (and the industry they represented) who dared to go up against five dazzling gods of French fashion supremacy, on the latter’s home turf, the stakes, sky-high. The famed 1973 Versailles Restoration Fund benefit pitted Halston, Stephen Burrows, Bill Blass, Oscar de la Renta and Anne Klein against Yves Saint Laurent, Christian Dior, Hubert de Givenchy, Emanuel Ungaro and Pierre Cardin in a legendary convergence of fashion, theater, competition, massive bilateral in-fighting and endless folly—not of the Bergères sort. By the event’s end, the Yanks had put their brand of smart, accessible chic on the global map (or what was considered global at the time). Shown against a single, simple black set etched with the Eiffel Tower (more elaborated sets had to be scrapped because set designer Joe Eula mistook the centimeters for inches and made everything too big), their pared-down sporty clothes rendered the attempted grandeur of the over-produced Paris show stuffy by comparison. “The Americans triumphed, and the French were pathetic,” Saint Laurent recalled to WWD 20 years later. “But I remember the event with glee and fun.”

Fashion can be cruel. A huge talent with an ego and defiant streak to match, Giorgio di Sant’Angelo described himself as an artist who worked in fashion. At his height in the mid-Seventies, di Sant’Angelo was perceived exactly as such: a wanton creator who could sculpt a bangle from a Lucite block or head into the desert with Veruschka, photographer Franco Rubartelli and a pile of fabrics and emerge days later with a fantastical shoot. He was known, too, for an intense love of the body that led him to invent wonders with stretch long before anyone else. Again and again di Sant’Angelo drove fashion with rich sartorial musings from gypsy to Native American to Wiener Werkstätte. Yet his influence outlasted his time at the top—temperament and disregard for the business side factored in—and di Sant’Angelo receded from significance, though he worked until his death in 1989.

In the Seventies, as women entered the workforce in unprecedented numbers, a new fashion market beckoned. Liz Claiborne identified it, embraced it and built an empire by catering to its underserved population. Her customer, Claiborne told WWD in 2000, was “a teacher or [someone] in a business environment or a nurse,” who looked to get dressed for under $150. “I had a rapport with her and understood what she needed.” She returned Claiborne’s attention with fierce loyalty, enough so that the company went public and Claiborne became the first female ceo of a Fortune 500 company.

In business almost as long as the Council of Fashion Designers of America itself, Ralph Lauren remains one of American fashion’s most audacious pioneers. He has shattered norms in areas from design and marketing to new media, while virtually inventing the concept of brand-controlled retail in the U.S. Since the ultracontroversial opening of his Rhinelander Mansion flagship in New York in 1985, Lauren has proven his way is the high way. Vertical retail has exploded across the industry, nowhere more successfully than at its house of origin. The Ralph Lauren brand now operates 103 freestanding stores (including flagships from Chicago to Moscow) around the world in addition to 474 shop-in-shops and three e-commerce sites. Perhaps its most exquisite outpost: the New York women’s store, opened in 2010 across the street from the Rhinelander. Though built from scratch, with its ornamented limestone facade and intricate details—grand staircase included—the building radiates all the grace and grandeur of a Beaux Arts original. New York Mayor Bloomberg christened the store by presenting Lauren with the key to the city. “When they say, ‘They don’t build them like this anymore,'” His Honor quipped, “it turns out that’s not true.”

NEXT: Provincial No Longer >>

Truth be told, American fashion long ago caught a bit of an inferiority complex, one Versailles couldn’t eradicate completely. If twinges of that pathology linger, they thankfully no longer pervade the industry’s self-image nor its global reputation. The reason is simple, as endless evidence points to the strength of American fashion. In the mid-Nineties, a confluence of events brought this power into international focus. It was the moment of the Continental American with Oscar de la Renta at Balmain and Michael Kors at Céline. But the two who fueled the shift in attitude most dramatically were Marc Jacobs, who parlayed a decade of hand-to-mouth critical acclaim into what would become his dazzling, innovating rein at Louis Vuitton; and Tom Ford, who caused more of a sensation at Gucci than a family ghost who monitored hidden lira under the floorboards. At about the same time, the designer perceived as perhaps the coolest in the world at that moment made the reverse trip, relocating his tiny house of outsized influence to New York. If an American fashion address was good enough for Helmut Lang, it was good enough, period.