The Webster Bows in Houston

The store in the Houston Galleria is its first outside Florida. 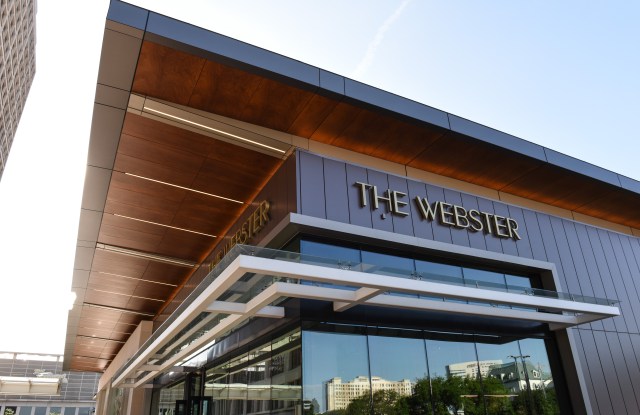 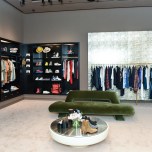 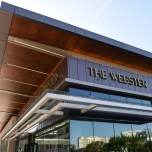 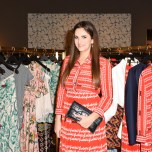 HOUSTON — In the four months since The Webster opened here, it’s become a magnet for celebrities, artists and athletes who find the array of exclusive labels and luxurious privacy a strong draw. And that’s exactly what The Webster owner Laure Hériard-Dubreuil was hoping for when she decided to expand her concept from Florida to Texas.

“Artists and singers performing find the time to pass by The Webster because they heard we opened here in Houston. We have our Webster fan club that follows us,” Hériard-Dubreuil said.

She’s quick to point out the locals are also frequenting the sleek store, which is set in the prominent jewel box area of the Houston Galleria. The shopping center is in the midst of a $250 million update and the 5,000-square-foot opening of The Webster in January heralded the start of the makeover.

A covered walkway leads from The Galleria to The Webster and parking surrounds the store.

It’s a different look from Hériard-Dubreuil’s Miami flagship with its Art Deco exterior or even the Bal Harbor location, which has a more modern feel.

“It’s extremely exciting to be part of the new face and revamping of The Galleria,” Hériard-Dubreuil said. “The fact they built this stand-alone building for us in the parking lot is a big difference. It’s a creation that brings modernity to their revamping.”

Elements of her two other stores are woven throughout the Houston location, so her loyal customers will feel right at home. However, there are touches exclusive to the Houston store, such as floor-to-ceiling windows that allow for lots of natural light and less privacy. Creating a VIP shopping experience that’s heavy on confidentiality was a priority when designing the store.

“It’s a big space and I wanted it to feel very intimate because that’s what The Webster is about. I want to feel like you’re in a home with lush carpet and velvet sofas,” Hériard-Dubreuil said. “Take off your shoes and spend the day. Try everything like it’s your own closet, your own living room.”

The men’s department in the back right corner of the store has proven to be a popular destination for those seeking an upscale shopping experience. Hériard-Dubreuil hand-picks the items in her stores and the Houston unit has already seen success in men’s wear and accessories.

“The men’s business and response has been incredible. We offer a selection that’s very different from what you find elsewhere in Houston,” Hériard-Dubreuil said. Current selections include Golden Goose Deluxe Brand and Balenciaga sneakers, denim from Frame and Acne Studios, suits by Valentino and Balmain jackets.

Well-known in fashion and art circles, Hériard-Dubreuil looked to Houston to extend the brand to a more international audience. She notes an uptick in shoppers from Mexico, although that’s nothing new in Miami, but there has definitely been an increase in shoppers from the Middle East, something not seen in Florida.

Regardless of location and future expansion — the company declined to comment on a WWD report that it is looking to open a store in Manhattan — Hériard-Dubreuil said she will continue to choose clothing, shoes, accessories and jewelry that meets her vision for The Webster aesthetic. The same philosophy applies to working with designers on future collections.

“When I first opened in Miami, everybody said, ‘you should get this, it’s so Miami.’ At the end I said, ‘no, people don’t want Miami, they want The Webster selection, The Webster eye,’” Hériard-Dubreuil said. “What I feel like wearing in Houston, I can wear in Miami, New York or Paris. It’s about timeless pieces you can wear anywhere.”

In the Houston store, racks are organized by color, mixing designers such as Victoria Beckham, Valentino, Gucci. The Webster has the exclusive on Anya Hindmarch, Mark Cross and Tabitha Simmons in Houston.

She is constantly working on exclusive pieces with designers, such as the Texas-tinged clothing by Sonia Rykiel, but newness is the concept she will continue to push through all her stores, and art is at the heart of her vision.