The World of Vera: Licensing the Vera Wang Brand

It started with bridal, and two decades later, has developed into a lifestyle brand with offerings ranging from bedding to Barbie. 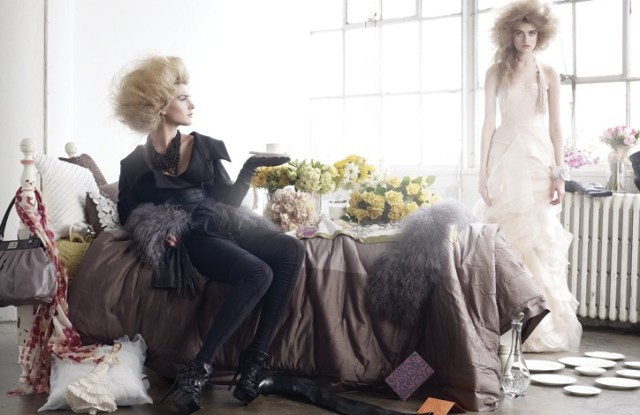 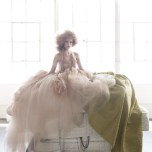 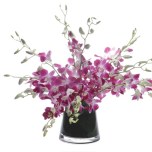 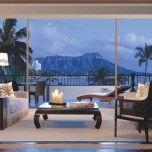 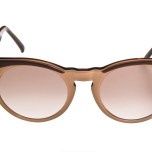 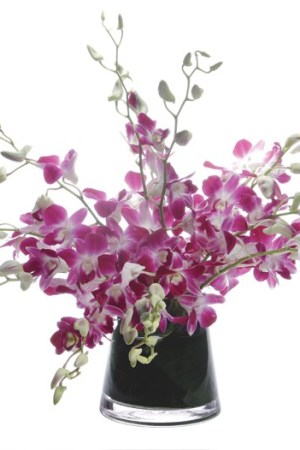 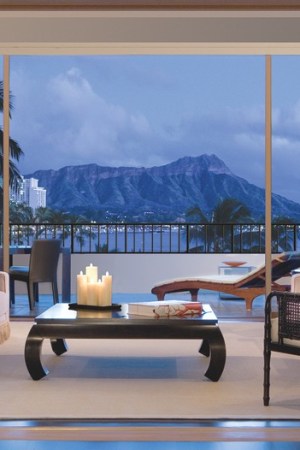 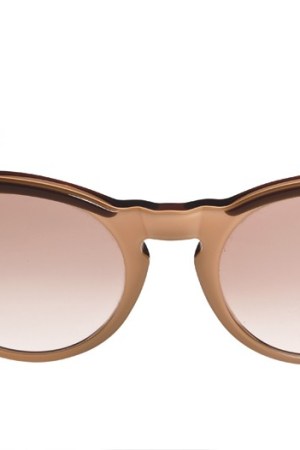 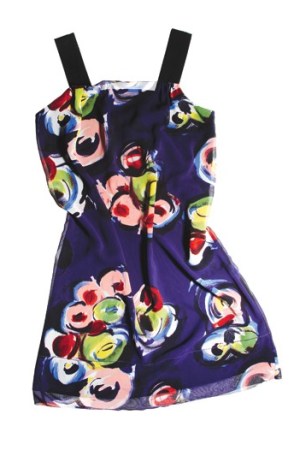 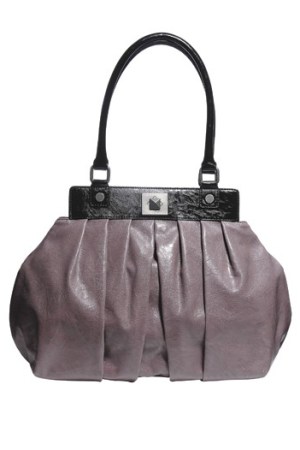 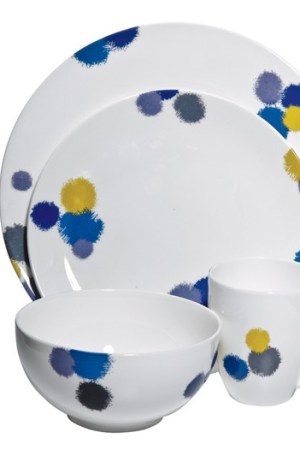 “Luxurious, romantic, stylish and comfortable.” That’s how Vera Wang described not her latest runway collection, but her branded mattresses with Serta in a 2006 television commercial. To some, that ad may have come as a surprise. After all, what was Wang, celebrated designer of bridal and more recently ready-to-wear, doing shilling beds?

As it turns out, Wang is having the last laugh. Her deal with Serta is the company’s fourth-largest license and rapidly growing. Sales are already up by 20 percent this year. “People tend to diminish the project,” said Vera Wang president Mario Grauso, “but it’s turned into a huge business. There’s massive distribution.”

In fact, Wang’s licenses form the backbone of her business. “They far surpass what we’re doing in volume for ready-to-wear and bridal,” Grauso added. “In today’s marketplace, to just have a [fashion] collection would be almost impossible. [The licensees] make us profitable.” The designer’s portfolio ranges from the usual suspects (fragrance, eyewear) to the unusual (FTD floral arrangements and Barbie dolls, in addition to the mattresses). Her agreement with Kohl’s, which includes costume jewelry, apparel, bath and bedding, is the largest.

Wang’s strength in bridal gave her an added advantage. Here, introducing her name to china, stationery and beds proved a savvy move, especially considering the booming registry business, which is projected to be $12.4 billion, according to TheKnot.com and WeddingChannel.com. And only Wang could credibly pull off a honeymoon suite, which she has at Honolulu’s Halekulani Hotel.

“I’m building upon the trust the customer has with us and engaging them in other dialogues,” Wang said, while noting that her dream licensee would be in activewear. “I love sports. I would do skating, golf, tennis — any kind of activewear. Even when I’m not active, that’s how I dress anyway.”

Here, a look at Wang’s world.

FTD
Ask Wang about the FTD partnership and she’ll note her incentive was in reinventing the conventional nuptial bouquet.“Having done bridal for so long, I never really liked the big arrangements girls carried or had as centerpieces,” Wang remarked. “Why can’t it be lilies of the valley or freesia?” The collection, which favors monochromatic schemes, bowed just ahead of Valentine’s Day 2007. “We’ve developed certain pink and lavender roses,” added Wang of her palette preferences. “I’d love to do a gray rose, too.”

Halekulani Hotel
On the third floor of Honolulu’s Halekulani Hotel, there’s a 2,135-square-foot space that’s pure Vera Wang: the designer’s first and only honeymoon suite. As expected, Wang’s various licensees get fair play — the mattress is hers, as are the glassware and china in the dining room. (By day, guests eat off her Champagne Duchess collection; by night, her Blanc Sur Blanc pieces.) The bathroom is equipped with her fragrances, body lotions and powder. But the lifestyle experience goes beyond simple licensing shout-outs; the designer herself edited the cocktail menu with renowned mixologist Dale DeGroff, and as well as the DVD collection. Sample flicks include “When Harry Met Sally,” “Lost in Translation,” The King & I” and “Breakfast at Tiffany’s.”

“I would have loved to include ‘Big Momma’s House’ — I’ve seen it about eight times — but this is a honeymoon suite,” said Wang with a laugh.

As for the interiors, which take into account local Asian influences, they were specifically tailored to enhance the romantic experience. “I designed the suite for the night, not the daytime,” Wang explained. “[The space] is based on the colors of the sky at sunset and twilight. I wanted it to be a sexy environment in the evening.”

Kenmark Group
After pursuing Wang for nearly a year and a half, Kenmark Group president and chief executive officer Don Howard finally got the designer to launch eyewear with his company in 2000. “If you saw the licensing agreement Vera put together, she made sure she was going to have absolute control over design and distribution,” said Howard. “She’s very hands-on.” (“Control freak is the other word,” said Wang with a laugh.) The collection is divided into three categories: Ophthalmic, Sun and Salon, which features the edgier shades found on Wang’s runway. The designer’s touches come in the mix of materials and jewel-like embellishments.

Kohl’s
Everything about the Simply Vera by Vera Wang launch at Kohl’s has been big, especially the designer’s vision for the label. In a commercial for Simply Vera, designer Vera Wang explained, “It’s a new way of living, it’s not just a new way of dressing.” When the collection was conceived, it encompassed apparel, jewelry, shoes, hosiery, intimates, belts, handbags, home, eyewear and bedding. At the time of its launch in 1,000 Kohl’s stores in September 2007, Simply Vera Vera Wang was the largest introduction in the Menomonee Falls-based retailer’s history. Industry sources have said that Simply Vera Vera Wang could be a $500 million business.

The Simply Vera-Kohl’s partnership seems to be a successful one. Store label or exclusive brands such as Simply Vera accounted for 42.7 percent of sales in the fourth quarter ended Jan. 30 and helped drive profit, according to the retailer.

“We started with the more minimalist side of Vera,” said Wang. “And as we went on, the designs became more lyrical. We started to do things that weren’t perfect.” For instance: the floral graphics that seemingly creep, off kilter, into the center of plates. As for the addition of more whimsical objects — silver-plated piggy banks and music boxes, both adorned with hearts — that, said Wang, was an obvious next step. “What’s next after wedding gifts?” she remarked. “Baby gifts.”

William Arthur
The Vera Wang stationery collection at William Arthur, which made its debut in 2005, goes beyond the expected wedding announcements and invitations. There are also everyday writing papers, gift tags and business and note cards. The inspirations and motifs similarly mine Wang’s bridal background (e.g. in tulle detailing or lacelike cutouts) as well as her main collection.

Each season, after attending her ready-to-wear show, Arthur’s designers whip up textures and patterns based on the various runway looks — as in the graphic floral, peeking from beneath an envelope in the “Celebrations” collection, which was pulled directly from a spring 2007 dress (exit 12, to be exact).

“For fall 2010, Vera used Mongolian lamb fur in a very delicate way,” recalled Lisa Blinn, vice president of design and innovation. “We can’t use that in paper, but there’s a lightness and heaviness here. So how do you interpret this? We’re working on that now.”

Brown Shoe
When Wang first signed a licensing agreement with Brown Shoe in 2008, she did so for her three-year-old Lavender Label. While the recent economic downturn put that contemporary line on hiatus, the footwear continues to go strong. The boots, heels and ballet flats now reflect Wang’s ready-to-wear designs, even as the Lavender Label moniker stays put. “The designs are all about me,” explained Wang. “They’re reflective of what’s on trend and has the attitude of what we’re doing on the runway.”

David’s Bridal
After two decades of targeting the tony wedding market — and nabbing major celebrity clients in the process — Vera Wang is going for the proletarian spouse-to-be. Last month, she signed a longterm agreement with David’s Bridal. The name of the collection has yet to be announced.

“At David’s, I think I will be able to bring a taste level,” said Wang. “I’ve been doing this for 20 years…trying to push the vocabulary of bridal ahead every single year. What is the point if I can’t share all this work [via] a brand that is reliable and credible to people, if I can’t bring it to another audience?”

Vera Wang officially launched fragrances on Valentine’s Day 2002 — and it’s been a love match between customers and the designer ever since.

In the last eight years, the designer has introduced 10 scents with two different companies — Unilever, which launched the first three, and the balance with Coty, which acquired the fragrance license in May 2005.

The designer’s first scent, the namesake Vera Wang (called Signature within the company) is aimed at 25- to 40-year-olds and had a rollicking start, as Wang appeared at Saks Fifth Avenue’s Manhattan flagship for the launch. It was said to ring up $25,000 in two hours.

At the event, Deborah Walters, senior vice president and general merchandise manager at Saks, said, “There’s the power of Vera’s name with our customers. And all the elements are aligned — a beautiful juice, elegant packaging and flawless execution from the field. Vera really connected with our sales force, too. There was an incredible energy and excitement on the floor.”

Wang returned to the market in January 2004 with Vera Wang for Men, her first men’s fragrance. Sheer Veil, a second women’s scent, launched 15 months later. Truly Pink bowed in February 2007, followed by Bouquet in April 2008 and Look the following November.

But it was with Vera Wang Princess, launched in August 2006, that the house got its biggest boost. Aimed squarely at 18- to 24-year-olds, the fragrance is “a somewhat whimsical, lighthearted and aspirational scent, which is part of our strategy as a company,” said Laura Lee Miller, then president of Vera Wang Licensing, at the time. “We are targeting younger women, those who aren’t necessarily looking for a wedding gown.”

Deals in the Works
Vera Wang’s brand portfolio includes products as diverse as Barbie dolls (dressed in bridal sheaths) and Serta mattresses (with veiling details and heart-shaped quilting). And there are still more categories to come. In September, Wang will launch high-end bedding with Revman International (the designer already offers bedding with Kohl’s) as well as luggage with Hartmann; both will bow exclusively at Bloomingdale’s. First up, however, is the company’s entry into home fragrance with Nest Fragrances, out this month. There are five candles in the debut, ranging from a simple votive to a silver-plated unity candle for couples to light on their wedding day. “This [launch] is geared more toward bridal,” said Laura Slatkin, founder and ceo of Nest Fragrances, who is also a close friend of Wang. “We plan to go into fashion and stationery collections, as well.”