The designer's first freestanding store outside the U.S. is located in the city’s fashionable Aoyama district. 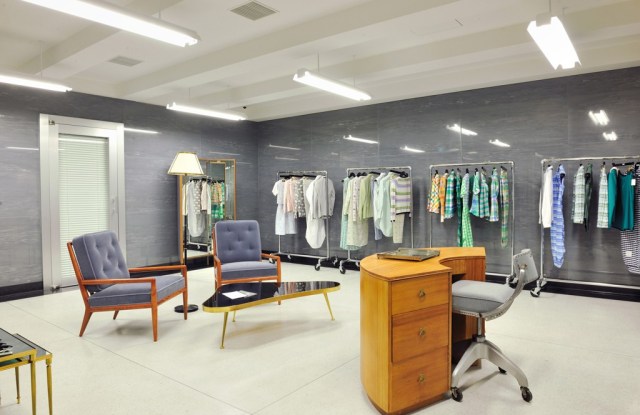 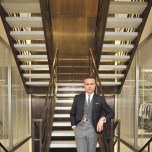 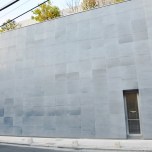 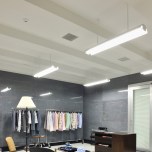 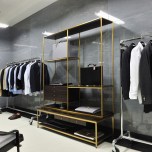 TOKYO — Thom Browne is about to open his first freestanding store outside the U.S., appropriately enough in the home country of his label’s majority shareholder, Cross Co.

The brand’s Tokyo flagship, which is set to open its doors on Saturday, is located in the city’s fashionable Aoyama district, where its neighbors include Undercover, Marc Jacobs, Kate Spade and Prada. The space Browne is taking over was formerly occupied by the Tokyo branch of 10 Corso Como. A recently opened Acne store makes its home in the other half.

The designer operates a 2,500-square-foot store in the TriBeCa section of New York, his only other Thom Browne-specific store.

“Tokyo for me was important because of how supportive the Japanese have been from the beginning for my collection. And also, too, they just understand what I do better than most people around the world,” Browne said.

Customers visiting the store for the first time may have difficulty finding it, as there are no signs on the gray marble facade. The only indication of the brand’s presence will be its understated logo on an interior wall, which will be seen between the blinds covering a clear glass door.

“I wanted it to feel as nonretail as possible,” Browne said. “It’s more the experience when you walk in as opposed to the experience of a retail store from the outside.”

Inside, the store covers an area of 4,500 square feet spread over three floors, with a square staircase dividing each floor into two sections. Blinds cover the windows between each room, and a center wall of brushed brass anchors the staircase. It was designed by the interior design firm of Wonderwall, led by Masamichi Katayama, who worked on Colette in Paris as well as several other high-profile retail stores and galleries.

“I wanted it to feel almost like a mini-mall,” Browne said.

The store will stock Browne’s complete men’s and women’s collections, and will also include an area in the basement for his made-to-measure business. Adjacent to this will be a small bar where customers can relax with a drink.

“I’ve been wanting to open a bar myself in New York for a long time, and this is exactly the feel of what [it would be like] if I were to open it,” said Browne. “It’s very simple — it’s very much like the bar at the Four Seasons in New York.”

Browne personally chose all of the midcentury antique furnishings for the sparsely decorated store, including Dunbar desks and pieces by Jacques Adnet and Maison Jansen. Each floor also has a pair of club chairs, which is a design element that has been a signature of Browne’s both in his New York store and in many of the shops-in-shop he has done in Japan. Unique to the Tokyo store will be the opportunity for customers to purchase the furniture used in the displays, a concept Browne says he may apply to his New York store in the future.

The designer said he’s been considering a Tokyo flagship since shortly after Japan-based Cross Co. purchased a majority stake in his brand in 2009, and that they’ve been looking for an appropriate space and location for about two years. He characterized the relationship with his investors as “the dream partnership.” In the past two years, the business has more than doubled, according to a spokeswoman, who declined to give sales figures.

“They are supportive of everything, and they’re also open to making sure that it’s an open conversation on growing the business,” Browne said. “It’s not like they have their way and that’s the only way. We both have ideas on how to do things, and whichever is the best in order to build the business is the way that we’ve been working.”

Looking forward, Browne said that there are currently no concrete plans to open additional freestanding stores, but that the next one would be coming “definitely in the next couple years.” He said London would be at the top of his list, followed by Paris, Milan and Los Angeles. The brand’s spring men’s and women’s collections are currently available at a total of 119 points of sale worldwide.

“It’s really important, I feel, that we start opening stores so that people get the real experience,” the designer said. “We’ve had incredible partnerships here in Tokyo with Dover Street Market Ginza, with Hankyu, with Isetan, but you can tell the business does so much better when it’s housed in a really personalized space, and we’ve just seen how effective it’s been.”

Browne said that he can also foresee opening additional stores in Asia, which is currently his biggest market, accounting for more than a third of total sales. He said that while sales in China are growing, his business in Korea is doing “really, really well.”

As for Tokyo’s notoriously fashionable men, Browne sees them as the perfect customers for his unique designs.

“From the first time I came here, it’s the one place in the world that I think they really get interesting, conceptual design. They appreciate it, they embrace it and they really understand it,” he said. “And that’s why I’ve always been intrigued in coming here. Good design is so appreciated here. And the appreciation for things being done really well is something that is so refreshing.”