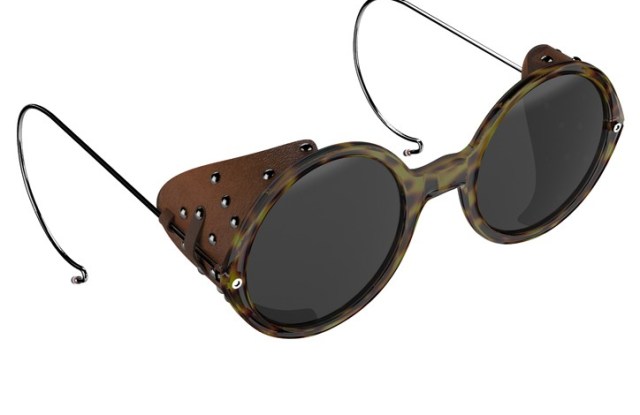 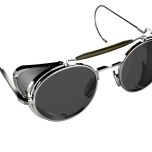 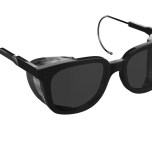 When Thom Browne staged his 2009 fashion show at Pitti Uomo in Florence, few knew that the designer had planted the seed for his first licensing agreement. He had 40 male models moving in unison in a Fifties-era office — typing on identical typewriters; eating identical lunches, and all wearing the exact same uniform, right down to the bookworm spectacles.

Those opticals — crafted from metal with a horn temple — are now the starting point for Browne’s first eyewear collection with Dita Eyewear Inc., launching this fall.

“Dita has been making the glasses for my runways,” said Browne, “so it naturally came up that it would be nice to do a collection with them.” Not only does this mark Browne’s inaugural licensing deal, but this is also the first such agreement Los Angeles-based Dita has done with a designer.

Priced from $450 to $1,000 at retail, the 20-style mostly unisex collection, which includes sunglasses and opticals, revolves around the same retro vibe as that 2009 Pitti Uomo outing. “It’s a Forties, Fifties and Sixties feel,” Browne said, running through the era’s cast of characters that inspired him. “It’s not always a movie star, but politicians and architects, like Philip Johnson and [Ludwig] Mies van der Rohe — people who lived their life intellectually and elevated other people to their level instead of commercially bringing everyone to the same level.”

Browne borrowed elements from skiing and welding goggles as well, grafting them onto the usual sunglass silhouettes, which now sport leather panels or metal mesh cups on the side. “It’s about more protective eyewear,” said the designer, who also replaced the typical temple and arm designs with industrial wire-thin cable ends, tipped in his traditional red, white and blue striped logo.

While Browne will unveil the entire lineup at the Silmo trade show in Paris later this year, audiences will get a teaser during his upcoming men’s show, also in Paris on June 26. “Every season,” he said, “I plan on designing a specific frame for each show.”