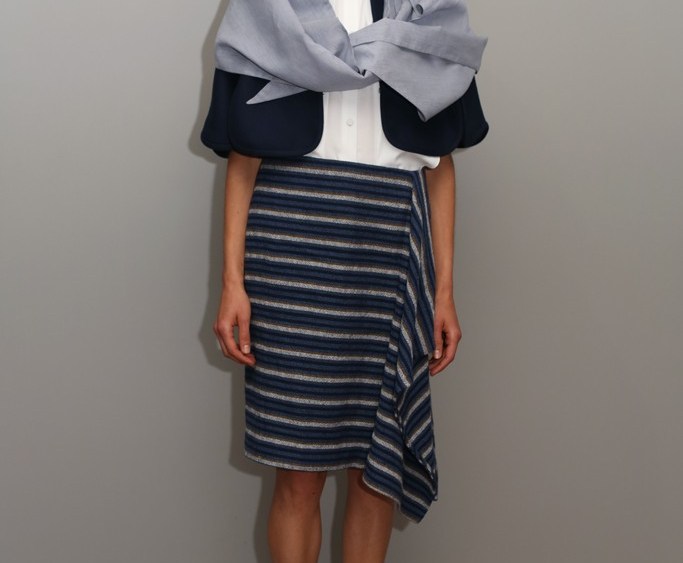 Tia Cibani, the former creative director of Ports 1961, is breaking out on her own.

Cibani, who left Ports 1961 in 2010 after six years as creative director, will launch her own namesake label for the spring season. She plans to show the collection Sept. 5 in New York, at Atlantic Stage 2.

Prior to launching the Ports 1961 label, Cibani spent 10 years with Ports International, living in China and designing the main collection. She left China because she wanted to return to New York, where she established the Ports 1961 label. She resigned because she wanted time to start a family. She was succeeded at Ports 1961 by her sister, Fiona, who is married to the owner of Ports International.

Cibani’s new collection, which she is financing along with a private investor, will be manufactured in New York City using Italian, French, Chinese and Japanese fabrics. Cibani said she plans to sell department and specialty stores, and will focus on selling North American stores first before branching out to Europe, Asia and the Middle East. An e-commerce site will be launched next January or February. The company’s first year wholesale volume projection is $1.5 million, said Cibani.

“The collection is designed for a global, evolved woman,” she said. “It’s not a contemporary customer, but it’s more of an evolved customer.”

The collection consists of sportswear and special daywear. “There are adaptable separates to create looks that can go from day to evening. The overall spirit is feminine and whimsical, and it’s always quite soft,” she said. Cigarette pants with flounce on the sides, caftan tunics, basic shells with lamé scarf extensions and draped cowl-necked dresses are a few of the key looks. She envisions that the line will be merchandised at the opening range of the designer floor. “It’s accessible luxury,” she added.

Describing the line as being strong in dresses and blouses, Cibani said another one of her strengths is knitwear, which will be launched for fall 2013. Eventually she’d like to do accessories and footwear. Many of her sportswear styles have deconstructed shapes. “Ports was more structured and more tailored,” said Cibani. “This is more me.”