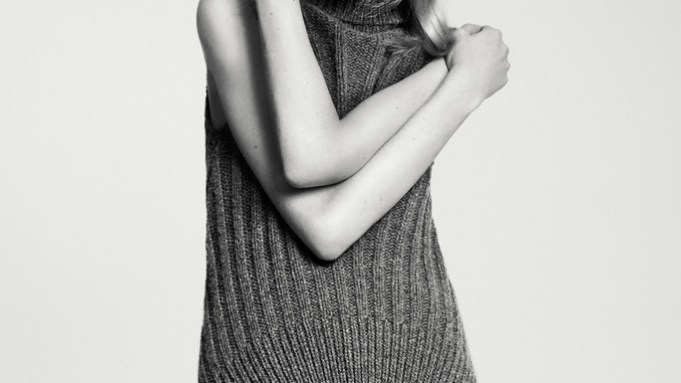 NEW YORK — Having quietly been working for the past year as Tse’s creative director on a consultant basis, Tina Lutz has now officially joined the company in that role.

The cashmere label is counting on the New York-based, German-born designer to bring a fresh take to the brand as it strives to regain a foothold in the U.S. and European markets. With Lutz overseeing all product design and development, creative imagery and retail store design, Tse plans to start selling wholesale for fall 2014. Inspired in part by the Japanese sculptor and artist Hiroyuki Hamada, who lives in East Hampton, her first collection for Tse will be in its own stores this fall. Double-faced cashmere coats and jackets, as well as shearlings, are among the styles Lutz has designed.

Lutz had been on Tse’s radar for a while due to the knitwear skills she exhibited season after season with her signature label Lutz + Patmos, according to Tse’s brand director Eddie Murray. She and her former business partner Marcia Patmos parted ways in 2010.

During an interview Wednesday, Lutz referenced the Tse brand’s 24-year history, innovative knitwear and “amazing” archives. She will continue to work out of the design space above Tse’s Wooster Street store in SoHo, and report to Murray. He said he is keen for her to “take steps to bring Tse back to its core values. Now we are focused on rebuilding the business in the U.S. and Europe.”

Murray declined to pinpoint Tse’s sales volume today or in its prime in the mid-Aughts. Bolstering the company’s e-commerce business and introducing wholesale should increase sales by 25 to 30 percent, Murray said.

Some of Lutz’s objectives include using organic yarns, introducing sustainable practices, working with artisan collectives and collaborating with students from the Rhode Island School of Design (where Lutz teaches part time).

In the past few years, Tse rotated through such two-season collaborators as Jason Wu and Brian Reyes, and at one point had an in-house design team create the collection. Lutz’s grasp of knitwear, her passion for sustainability and social consciousness in regards to teaming up with artisans appealed to Tse executives. Before a 10-year run with her namesake label, Lutz worked at Barneys New York, Calvin Klein and Puma’s Nuala label, among others.

While many are aware of her knitwear expertise, Lutz said she likes being able to put her tailoring skills to use. After graduating from l’Ecole Supérieure des Arts et Techniques de la Mode in Paris, she started her career at Issey Miyake’s atelier and later joined the house’s Tokyo headquarters to focus on inventive tailoring, production and design.

When the company resumes wholesaling next fall after a three-year hiatus, the aim is to sell the collection to 25 to 30 premium specialty stores Stateside and internationally. There are currently Tse boutiques in New York, San Francisco and Chicago, a concept shop in Harvey Nichols and six stores in Asia. In February, a 2,000-square-foot store will make its debut in Shanghai. As a prelude to that opening, Martin Lidell has shot an ad campaign that will run in China this fall.

Murray described Lutz as “a long-term leader,” and she too sounded energized to be acting as the face of the brand beyond the design studio. “I will be visiting the stores, meeting with customers, doing whatever comes along,” she said.