The two fashion labels that traveled to Milan are already well-known brands in China.

The appeal of Chinese consumers is causing international fashion companies to increasingly explore the market, but Chinese fashion has been less in the spotlight.

Alibaba Group’s Tmall, China’s premiere business-to-consumer platform for brands and retailers, has brought two labels from the country to Milan Fashion Week, aiming to expand their and the country’s international visibility in fashion.

Part of the “Tmall China Cool” roving initiative which touched down in New York earlier this month during NYFW: The Shows and will hit Paris next week, the showcase displayed the spring collections of Shushu/Tong and Yirantian.

“The reason why we wanted to do the Tmall China project is that there’s so much young creativity coming out of China and actually these designers have studied in Europe and have worked for other European brands,” explained Christina Fontana, director for fashion and luxury Europe at Alibaba Group, ahead of the show. “They bring that knowledge back to China, mixing it with their culture and capabilities to really build something new.”

Shanghai-based Shushu/Tong was established in 2015 by design duo Liushu Lei and Yutong Jiang, both graduates of the London College of Fashion. After cutting their teeth at Simone Rocha and Gareth Pugh, respectively, they launched their own brand, which has already gained international recognition among retailers including Lane Crawford, Dover Street Market, Opening Ceremony and H.Lorenzo. 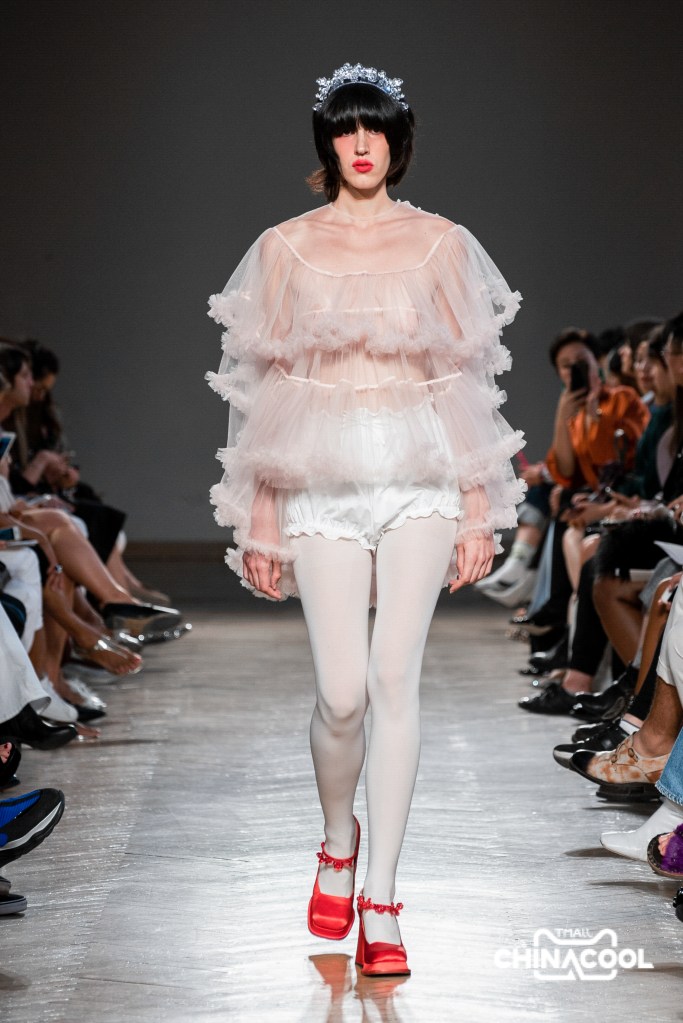 Yirantian’s designer Yirantian Guo, also a graduate of the London College of Fashion, founded her label in 2014. A year later she was scouted by Vogue Italia for the Dubai edition of talent contest “Who’s on Next?” and started selling at Tokyo’s Isetan.

Ken Chen, marketing director of Tmall consumer platform, explained the rationale behind the selection of talents, which are both well-known in their homeland market. “Today these two designers actually have stores on Tmall and we see the consumers love them, we got very positive feedback and then we also see their standard of design fits the European one,” he said.

“I think that Milan has a very special character; also the Chinese customers know that so this year we have handpicked these two young designers that have an attitude but also a very premium experience and view,” Chen noted.

Less directional in style, Yirantian’s collection evoked architecture landmarks designed by Zaha Hadid and Cini Boeri in both the contrasting use of fabrics, such as in a silk gauze sleeveless cape punctuated by sequins and hemmed with eco-leather, as well as in the asymmetric silhouettes, as seen on pristine fluid trousers with sashes of fabric dangling on one side. 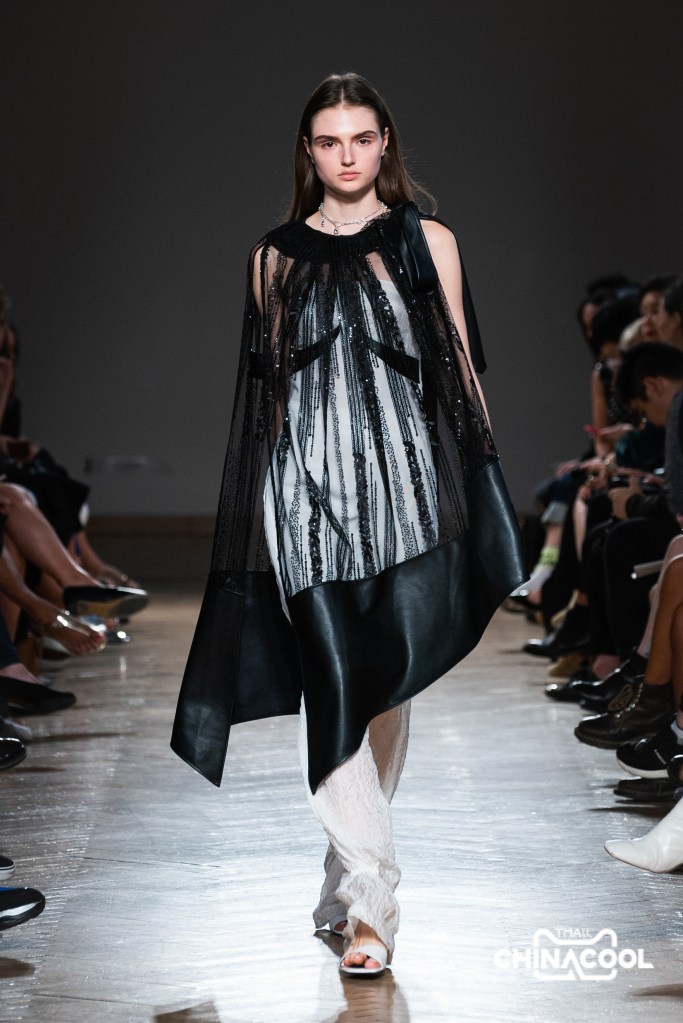 In addition to providing international cred, the project is expected to provide connections. “Having brands present [their collections] in Italy allows them to be in touch also with those leading brands, companies and manufacturers and helping grow the industry by creating those connections,” noted Fontana.

Tmall also supported designers with advanced technology and tools, including a see-now-buy-now format that allowed consumers in China to purchase select items straight from the runway at Milan Fashion Week as they viewed the show. “They can place orders faster than the iPhone,” said Chen with a laugh.

Fontana added that the business-to-consumer platform provides its fashion brands with big data to get direct and immediate feedback, thus establishing a “virtuous cycle.”

The Paris edition of the “Tmall China Cool” series will take place on Sept. 29.