The new collection will feature a diamond-and-circles motif reminiscent of the brand's famed pebble sole moccasins. 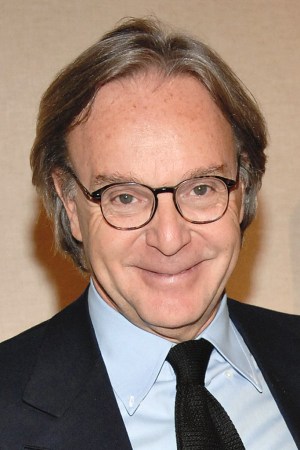 MILAN — Diego Della Valle wants to step up growth at Tod’s handbags division through the launch of a Signature Collection, designed to be the new, iconic must-have item for the brand.

This story first appeared in the September 6, 2011 issue of WWD. Subscribe Today.

Hoping to mirror the success of Tod’s famed pebble sole moccasins, the company’s artisans have conceived a diamond-and-circles motif reminiscent of the brand’s iconic gommino, or pebble sole, of the driving shoes.

“We’ve been working on this project for several years, to select the best materials and isolate a recognizable hide that will be representative of the brand,” Della Valle, chairman and chief executive officer of Tod’s SpA, told WWD. Through a special technique, the artisans press the hides with “distinctive reliefs — a craft that is not easy to copy,” he explained.

To emphasize the importance of the project, Della Valle tapped Oscar-nominated actress Anne Hathaway to front the images of an ad campaign under the creative direction of Fabien Baron, photographed by Mert Alas and Marcus Piggott, and styled by Karl Templer. Referencing Andy Warhol and Guy Bourdin, the bold and colorful photos show Hathaway posing seductively on a red Ferrari and clasping the Signature bags.

Eyeing worldwide distribution, Della Valle said Hathaway is “an actress that represents glamour and good taste — internationally.” Describing her as a “wonderfully gifted actress,” he also praised her for combining “traditional elegance and beauty with a lively, modern spirit, a perfect fit with Tod’s, which prides itself on bringing together the traditional craftsmanship of Italian artisans with the best in contemporary design.”

The line, which also includes small leather goods, will become a regular part of Tod’s offerings and Della Valle said the designs are meant to be luxurious, yet modern and wearable, for daily use or traveling. A clutch retails at $1,165 and a shopping bag at $2,165.

“Colors are part of our wardrobes now and we want to reach out to the different souls of our customers,” said Della Valle.

A savvy businessman, the executive is aware a strong, recognizable product will help fuel growth in emerging markets, without betraying the brand’s reputation for quality.

Tod’s Signature Collection, which was previewed in Shanghai in May, will be officially launched in Paris on Oct. 1, during fashion week, and become available in stores from that month. Tod’s regularly displays its collections during Milan Fashion Week, and Della Valle said he opted for a Paris presentation to draw attention to the new line, and “not mix the two messages.”

“I have been a longtime fan of Tod’s and was very excited to be a part of exploring a new side of their identity with the launch of their Signature Collection,” said Hathaway. “The Tod’s brand symbolizes a commitment to quality, style and classic modernity. These are bags that age with you and never let you down. The designs are classic and the materials are of the highest quality. As a result, they don’t grow older, they only grow better — just like a woman,” she concluded.