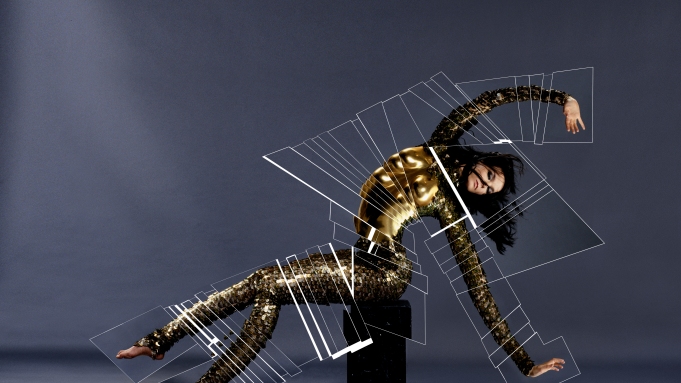 MILAN —Tod’s is sponsoring a retrospective on photographer and artist Jean-Paul Goude, opening at Milan’s Padiglione d’Arte Contemporanea on Saturday.

Called “So Far So Goude,” the exhibition collects a wide range of sketches, drawings and pictures realized by Goude during his long career, done between Paris and New York.

“We looked back in time and we tried to determine the roots of my work,” said Goude, referring to his constant interest in the different races, which he has explored since his early years, as documented by a drawing of a Native American Indian chief from his childhood which his mother carefully guarded over the years.  “This clearly indicates my preferences.”

Goude, who started his career as an illustrator, joined Esquire in New York in the Seventies as artistic director. “At that point I realized that my personal work could fit in my professional work,” he said, pointing to an array of images shot for the magazine portraying especially black men and women, along with the Puerto Rican community in the United States, in urban contexts. These also include some provocative, almost pornographic shots of the underground social environment of New York in the Seventies.

A big section of the exhibition is dedicated to drawings and pictures featuring Grace Jones, one of Goude’s most famous girlfriends, who is portrayed in various ways, also enhancing her African roots.

In addition, the retrospective documents Goude’s numerous collaborations with luxury brands, such as Chanel, Kenzo, Guerlain, Cacharel, Vionnet, Shiseido and Galleries Lafayette, for which he developed unconventional advertising campaigns.

Among the most recent projects on show are a series of portraits of his wife Karen in the role of Korean Queen Min, who was assassinated by the Japanese in 1895, as well as bold and irreverent images of fashion designers and celebrities, including Marc Jacobs, Valentino Garavani and Sarah Jessica Parker.

The exhibition will be open until June 19.