By Julie Naughton and Pete Born and Nina Jones on July 20, 2012
View Slideshow 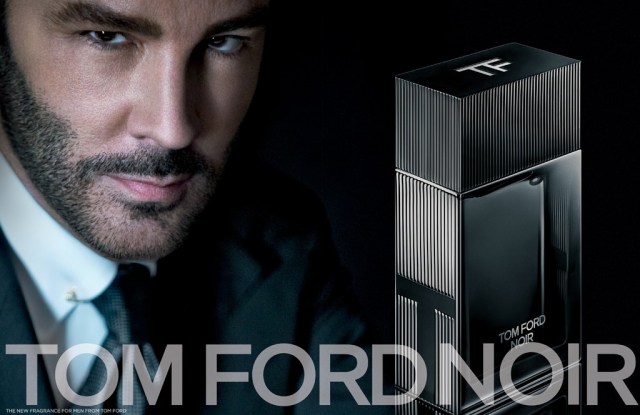 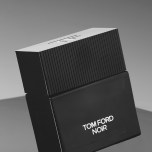 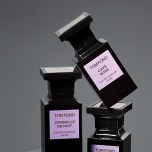 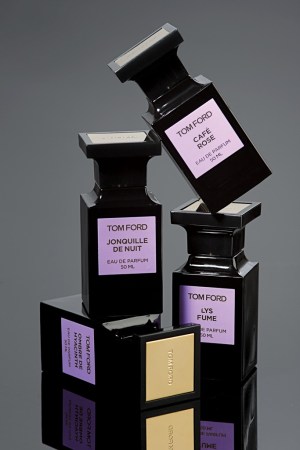 In the last seven years, Tom Ford Beauty has steadily evolved from an array of FiFi-winning niche fragrances to a major player on the global luxury stage, with estimated retail sales of $200 million worldwide.

“What started off as a collaboration in the Estée Lauder brand [with Youth Dew Amber Nude] and then an initial brand building of a fragrance with Black Orchid — and what at the time seemed more of a novelty public-relations act with the Private Blend — has grown into a global fragrance and beauty business, both in men’s and in women’s, and in our collective mind a redefinition of what luxury’s all about,” said John Demsey, group president of the Estée Lauder Cos. Inc. and a driving force behind the beauty brand since Ford signed his licensing deal with the company in 2005.

Demsey and other executives refused to break out numbers, but industry sources estimate that the Ford brand could ultimately reach a retail volume plateau of $500 million within five years.

“This brand sits at the pinnacle of true luxury in beauty and has huge appeal to the high-end consumers around the world,” said Fabrizio Freda, president and chief executive officer of the Lauder company. Asked what hurdles the brand has to leap to fulfill his aspirations for it, Freda replied, “First of all, the brand in the area of beauty would need to continue developing at the high-end retailers of the world the makeup line. Tom Ford Beauty represents a true shift in the business model for fragrances as well, because it’s really focusing on the high-quality, high-touch service kind of fragrance.” Discussing the momentum the brand is riding in the U.S., Europe and the Middle East, Freda added, “I am looking forward to expanding to Asia, where the consumers are focused on this true luxury even more. The U.K. and the Middle East are already strongholds.”

He noted that the Ford brand fits his earlier comments about reimagining and reviving the fragrance category in general. “We see Tom Ford as a brand that can really help us shift the business model in fragrance toward the high end and toward great fragrance that includes high quality and high service,” he said.

The strength of the Ford business is now mostly in Europe, with 55 percent of the volume, and in the U.S., at 27 percent, and a big 15 percent chunk in travel retail. As part of the development drive, Lauder is laying the groundwork to go east by planting the Tom Ford banner in Hong Kong, Tokyo, Osaka and Singapore in the next fiscal year, with plans for an Asia rollout in fiscal 2015.

The geographic concentration of the business makes sense considering that for most of its seven-year history — since signing a licensing deal with Lauder — Tom Ford Beauty was a fragrance-driven business. But that dynamic began to shift in 2010, when Ford dipped his toe into the color-cosmetics business with a line of lipsticks. That was a prelude to last September, when the Ford brand emerged as a complete beauty house with the introduction of a 132-stockkeeping-unit color collection — including skin care — and joined forces with the popular high-pigment lipstick line. The color collection’s $30 nail lacquers — of the 16 shades, top sku’s are Bordeaux Lust and Coral Blame — are said to be particularly strong sellers. Of color, Caroline Geerlings, president of Tom Ford Beauty and New Business at Lauder, noted, “With cosmetics, we really accomplished what we set out to do, and going forward we see even more accelerated growth.” The color line is in 40 top specialty-store doors globally, including Neiman Marcus, Bergdorf Goodman, Selfridges and Harvey Nichols. By yearend, Demsey and Geerlings expect the color distribution to expand to 60 doors globally, with another 40 doors added next year for a total of 100.

While executives refused to quantify that with a number, industry sources estimated that the color line has done about $40 million at retail globally in its first year on counter. The lipsticks are also distributed in upper-tier Private Blend doors, and industry sources estimate the 40 beauty doors generated the remaining $35 million in the past year. This October, the designer will launch his first signature men’s fragrance since 2009, Tom Ford Noir, and it could produce global retail sales of $15 million in its first year. It will retail for $90 for a 1.7-oz. eau de parfum and $125 for a 3.4-oz. edp. That launch will be preceded in September by the introduction of a Private Blend quartet of scents under the Jardin Noir banner of four midnight-blooming scents — Narcissus, Hyacinth, Rose and Lily. Industry sources estimate that the four Jardin Noir fragrances could generate a combined $17 million at retail globally in their first year on counter.

“Tom Ford is a luxury brand, and our signature fragrances are prestige. Rarely do you see an edit in a lineup where price point is not the first consideration,” Demsey continued, pointing out that the touchstone of the Ford brand was not price point but “what’s being sold and the quality and what it looks like.” The results bear that out. Despite charging a rarefied $48 for a lipstick, that category leads the brand’s color cosmetics assortment with 30 percent of the color business. Eye makeup is second, with 25 percent, even with a $75 price tag for an eye-shadow quad.

In the development of the brand, Ford began with scents, launching fall 2005’s Youth Dew Amber Nude and spring 2006’s Azurée under the Estée Lauder brand banner before unveiling Black Orchid under his own name in September 2006. According to industry sources, Black Orchid is Ford’s biggest fragrance, with sales of $35 million at retail per year in a distribution of only 2,500 doors globally.

The Ford beauty business is structured like a rectangular triple-layer cake. The top layer is comprised of the color-cosmetics collection, which was launched last fall and already claims 20 percent of the total business. The bottom two strata are fragrance: Tom Ford Private Blend, which initially launched with 12 unisex fragrances in March 2007, has grown to be a powerhouse for the brand. It is the more higher-priced, artisanal portion of the fragrance assortment, with prices to match: $205 for a 50-ml. edp, or 167 euros at current exchange. Tom Ford for Men launched in September 2007.

What executives refer to as the “aspirational” side of the business is the series of lower-priced signature fragrances, including Black Orchid, Violet Blonde, Grey Vetiver, Extreme and Tom Ford for Men, which begin at $70 for a 30-ml. edp and reach $150 for a 100-ml. edp. Private Blend has grown to 16 scents, including Neroli Portofino, Italian Cypress and Tuscan Leather; the Jardin scents launching this fall will bring that total to 20. Neroli Portofino has even spawned its own bath-and-body line — the scent and its new ancillaries were repackaged in Mediterranean-inspired blue packaging and began selling last spring. Demsey noted that the different scents have their own audience in individual markets — “Tuscan Leather in Russia is like the Czar’s Second Coming.” He added, “These are the shoppers of the world.”

Lauder capitalized on Ford’s inclination to become a pioneer in the now-common practice of assembling a suite of artisanal, high-quality fragrances and creating a commercial platform to build the business. “You haven’t seen this type of diversity of fragrance since the Seventies,” Demsey said.

According to Demsey, the original concept of the brand was that beauty would be at the top of the aspirational pyramid, and that the lion’s share of the business would be done in the more aspirational reaches of the Signature line. However, he noted, it has proven to be more of an even split. “The aspirational nature of the business — though successful — is not disproportionately bigger than the luxury piece,” said Demsey. “That’s very unusual, because usually what you see on brands that develop a hierarchy in terms of price-point architecture is you’ll see a very tiny luxury position, and you’ll see a very broad reach on the bottom in terms of what would be considered prêt-à-porter or diffusion.”

This pioneering effort put a luxury spark back into the fragrance business, which had become commoditized, he said. “If you really look at where this was all going in the beginning of [this] century, the fragrance business had traded down so dramatically in terms of price points, and the migration in terms of celebrity, that it took Tom Ford to put the designer back in the bottle. This shock to the fragrance hierarchy appears to be replicating itself all over the world now, with almost every major designer brand, many of whom have been in business for 50 or 60 or 75 years. So there’s clearly something in this high-end collection approach from a connoisseur’s perspective, which is more focused on ingredient-unique fragrances and perhaps inherently less commercial individually that struck the nerve of the business, which I think put the aspiration back in the fragrance business.”

While acknowledging the contributions of competitors, like Chanel and Dior, Demsey added, “There’s clearly a direction in the general fragrance market right now that’s less promotional, more aspirational and focused more on service and old-school point-of-sale experience, which built the fine fragrance business to begin with.”

One store where Ford fragrances do well is Saks Fifth Avenue, where the brand sits in a very respectable ranking. Deborah Walters, Saks’ senior vice president and general merchandise manager for cosmetics, fragrance and intimates, said the Private Blend approach does well in her store. “The whole artisanal type of fragrance just resonates with our customer,” she said.

“[Tom Ford Beauty is] a great entry-point brand to a very high-end luxury brand,” said Mark Tranter, fragrance and beauty buyer at Selfridges. “In terms of beauty, the product is a higher price point, but in terms of fashion, it’s very accessible. It has one of the biggest footprints in [Selfridges’] beauty hall [and] it is one of our top brands there. It is hugely popular. I think the brand has been really instrumental in bringing luxury niche fragrances to the fore. Even in this time of austerity, niche fragrances are really coming into their own. It was with the creation of Private Blend that Tom Ford really paved the way.”

“It’s true luxury,” said Annalise Quest, general merchandise manager of beauty at Harrods, of the Tom Ford Beauty line. “[Tom Ford Beauty] definitely appeals to everyone from our jet-set, affluent clients to an aspirational Harrods consumer. It appeals to everyone from women who will purchase a whole [Tom Ford] look to an aspirational customer who will purchase a lipstick or a lip lacquer. [The beauty brand] is doing exceptionally well, and we’ve seen continual growth since its launch last year. I think many of the products really have cult status. It was led by the lipsticks that came first, and then the nail lacquers and eye quads. We’ve just launched the bronzing powder that comes in oversize tortoiseshell packaging — it’s very luxurious. [The appeal of the packaging] for me goes back to women being proud to get their makeup out of their makeup bag and apply it. You would have no qualms about sitting at dinner and taking out Tom Ford makeup; there’s a nostalgic elegance about the packaging.”

One thing that definitely works for the brand is a creative freedom: “We like to say that they were developed for the most discerning customers in the world: us,” said Demsey, pointing to Geerlings, whom he has publicly credited with helping him develop MAC Cosmetics from a niche brand to a cosmetics powerhouse. “So not everybody has to love everything, and not everything has to be loved absolutely everywhere.”