Tom Ford finally acknowledged on the record he’s returning to the women’s arena. 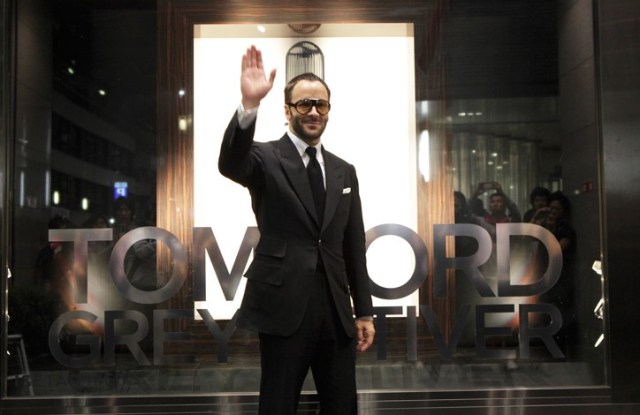 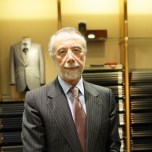 TOKYO — Tom Ford is getting ready for his return to women’s wear — the only question now is when.

The designer, and now film director, finally acknowledged on the record he’s returning to the women’s arena and confirmed he and his longtime business partner and Tom Ford International chairman Domenico De Sole are on the hunt for financing.

This story first appeared in the October 21, 2009 issue of WWD. Subscribe Today.

Ford, in town to promote his new film, “A Single Man,” and make a personal appearance at his new men’s shop in the Isetan department store, said he plans to launch the Tom Ford brand’s first women’s collection “very soon,” although he declined to specify a date. Sources told WWD earlier this month that, depending on financing, Ford was eyeing a launch of a women’s line as early as fall 2010.

“Financing is extremely expensive right now, so if we find financing in the right situation we’ll be able to start [a women’s collection] soon. If we don’t, we may have to wait a while,” Gucci’s former creative director told WWD in an interview from a 50th floor suite of the Park Hyatt Hotel with an expansive view of the city skyline.

“You know it will take me 18 months when I start, because [I have] to hire the team, find the factories, put everything together and then get the stores ready so there’s a place for these clothes,” said Ford as he sipped a Coke Zero to overcome his jet lag.

Recent reports estimate Ford and De Sole are seeking $50 million or more to fund a women’s collection and that Credit Suisse is leading the process. De Sole, who is also in Tokyo, declined to discuss the financials of the privately held company except to state that Ford’s stores in Osaka, Tokyo and Seoul are performing strongly.

“We have the advantage of being a younger brand that’s in a growing mode,” De Sole said.

Ford contended his men’s wear label is outpacing most of its competitors in the recession and he’s optimistic the luxury goods market is on its way to recovery.

“Things are getting better every day in most places,” Ford said, clad in a black suit and a white shirt. “So I’m optimistic and this is something that I plan on doing for the next 30 years of my life, so if I have to wait another six months or a year [to launch women’s], it’s OK.”

In the meantime, Ford is holding court with his fans here in Tokyo. On Tuesday evening, he made quite an entrance at Isetan, turning up in a black Mercedes and posing as a crowd snapped photos of him with their cell phones. He then made his way upstairs to his recently opened shop-in-shop, where he autographed boxes of his fragrance.

The Isetan shop-in-shop, which opened in September, is Ford’s first store in Tokyo and his second in Japan. The designer said he hopes to open a freestanding store in Tokyo as soon as he finds a suitable location.

Ford said he thinks his brand has performed well because its craftsmanship and quality still speak to customers, even in tough economic times.

“Our clothes are expensive but they’re as beautifully made as clothes can be made in today’s world, and so I think people perceive that value. They don’t just feel disposable; they don’t feel like an empty trend,” he said. “Our customer has been a little bit insulated, meaning of course they’ve lost money like everyone else, but they’re still in a much better position than other people. They may not be buying a new apartment or a new painting, but they’re still buying clothes.”

On Monday night, Ford attended the Asian premiere of “A Single Man” at the Tokyo International Film Festival. He posed for a brief photo op before the movie played to a packed house, then fielded audience members’ questions. Ford directed, coproduced and cowrote the film with David Scearce. As reported, the film is based on the novel by Christopher Isherwood and stars Colin Firth, Julianne Moore and Matthew Goode. It tracks a day in the life of a gay English professor mourning the death of his longtime lover. The Weinstein Co. will distribute the film, which was screened at the Venice and Toronto film festivals, winning rave reviews.

Ford said the Isherwood book spoke to him in the wake of his dramatic departure from Gucci in 2004, when he was coming to terms with a neglected “spiritual side” of his life.

“Certainly our Western culture is so materialistic and…I know this is hard to justify coming from a fashion designer who is very much involved in creating artificial need and desire in customers,” he said. “We are material creatures and we do touch things and see things and feel things. If you keep all that in perspective and you realize that things are just things, I think it’s OK. Fashion can add to your life. Beautiful things can add to your life, but you can’t ever become trapped by them and believe they are really the key to happiness.”

Ford is planning to do more films in the future, but he said he wants to wait until the string of premieres and publicity for “A Single Man” wraps before he starts a new project in earnest.

“I’m working on something that I’m writing from scratch, but I need some distance. This was so personal to me, and I don’t want to just make movies. I want to make movies that say something and mean something and that I’m as excited about as I was this one. So I need to see this one through,” Ford said, although he dropped at least one hint about his next cinematic endeavor.

“I’ll need to make my next movie in London because that’s where my design studio is, and it was a little hard making [“A Single Man”] in L.A. because my design team had to come with suitcases full of clothes on the weekends for fittings,” he said, adding he’s moving to a new office in London that will have plenty of space so he can multitask on both fashion and film.

Meanwhile, Ford is waiting to see just how many accolades his cinematic debut will rack up. Already, Firth snagged the best actor prize at the Venice Film Festival, and there’s talk he could be an Oscar contender.

“I’m crossing my fingers and touching wood,” he said, giving the table in front of him a tap. “You never know. If that happens, great. If it doesn’t happen, I’m very, very happy with the response that we’ve had.”