The brand has grown to include 82 stand-alone stores and shops in 91 department stores in 50 cities in the country. 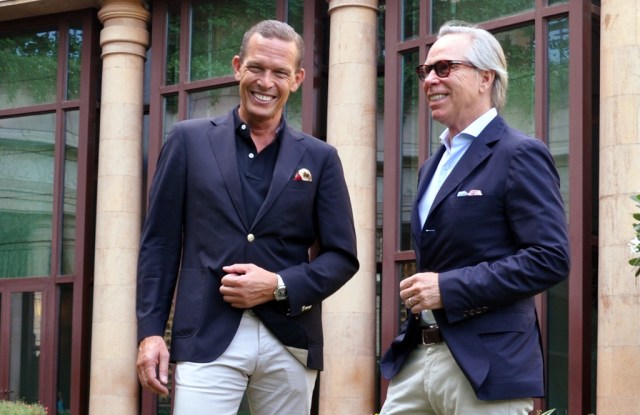 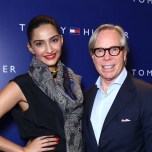 NEW DELHI — When Tommy Hilfiger said “business is good” when talking about the brand’s growth in India, he wasn’t exaggerating.

With 82 stand-alone stores and shops in 91 department stores in 50 cities, the brand is marking 10 years in India. “It’s more than just an anniversary, but, rather, it’s been a lot of positive movement in the right direction,” said Hilfiger, who was here to help celebrate the anniversary.

“Actually, we came into the Indian market at the exact right time,” Hilfiger told WWD in an exclusive interview, discussing the globalization of the brand, the India business and his own sense of nostalgia visiting India, where he first started out 35 years ago.

Over the past decade, the $500 billion retail industry in India has been on an explosive growth path. Many malls have been built across the country, and global brands have been testing the waters, seeing the huge population base and customer propensity to buy. Meanwhile, Hilfiger kept growing its retail presence.

These numbers reflect the firm’s global growth. In the last quarter, Tommy Hilfiger, a division of PVH Corp., marked an 8.9 percent increase in revenue, to $870.4 million. This reflected the top-line growth of 8 percent in North America and 9 percent in international markets for this quarter.

“I started my design career here in India,” said the designer, whose launch was backed initially by Mohan Murjani, the Indian businessman who, decades later, would help Hilfiger open stores in India. “Thirty-five years ago, I would take a flight into New Delhi, get off the plane and head directly into Chandni Chowk [in Old Delhi] to buy fabric.

“Then I would take these, in a rickshaw, to the factory, lay them out, stand there and watch each sample [get] made in a small factory not even the size of this room. I would draw what I wanted to make on the table — pattern paper would cut the pattern — put the fabric on top, cut the fabric, stitch it. Then, I would put all of this into a bag when it was finished and take it to Bloomingdale’s or Saks or any of the stores in New York, then take the orders and go back and stand there while it was manufactured.”

Hilfiger explored textiles further, visiting the fabric mills in southern India, in Salem, where he would wait for the fabrics of his choice to be made.

It was no easy task, but Hilfiger doesn’t mention the difficulties.

“But that was glamour for me, because I was realizing my dream. I was beginning to build a brand,” he said.

The Tommy Hilfiger brand still buys a lot of fabric from India and part of the global manufacturing is still done there.

“Actually, we source more and more here because, also, the level of production is getting so good here. When you go to the factories, there’s so much that’s handcrafted and [that has such] beautiful qualities that you cannot do anywhere else,” Grieder pointed out.

Murjani eventually sold his interest in Hilfiger India, and the brand now has a joint-venture partnership with Arvind Ltd. In 2011, Tommy Hilfiger acquired a 50 percent direct interest in its Indian business.

Amid the whirlwind of celebrations for his 10th anniversary, Hilfiger still found time to eat at his favorite restaurant, Bukhara, and visit the narrow streets of Old Delhi in a rickshaw. “I love life,” he said. “I find extraordinary inspiration in meeting people, trying new restaurants, visiting places.”

Two of the brand’s India-specific designs were launched for the anniversary celebrations: a shawl for women and a bandi for men.

When he addressed students of the National Institute of Fashion Technology, Hilfiger himself wore a specially designed blue denim bandi with a specially sewn “Hilfigers Love India” logo on the back. He wore red pants to complete the outfit.