In an exclusive interview, Tommy Hilfiger pointed to Central and South America as hot properties. 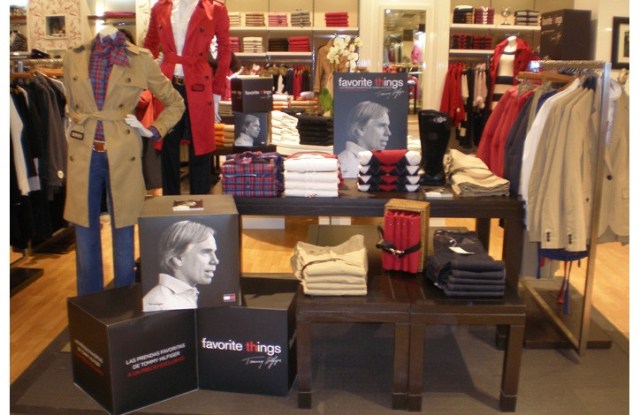 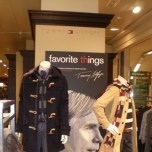 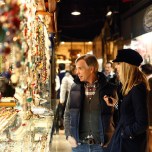 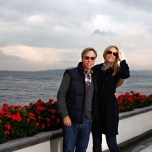 LONDON — Tommy Hilfiger has some big expansion plans in the works — now he just has to make sure he controls the growth.

Hilfiger has a total of 100 stores remaining in the current fiscal year ending March 31, adding to the tally of 950 stores he currently operates worldwide. They will be split between Europe, North America and emerging markets.

In an exclusive interview, Hilfiger pointed to Central and South America, where the brand has been present for the past 20 years and where it has 130 stores, as hot properties.

“We see the region as a big emerging growth market,” he said. “Brazil is untapped. We’ve seeded Argentina, Peru, Colombia, Venezuela and Mexico — and now we’re poised for growth there. The brand is primed for those areas, too, with cotton and bright colors.”

China, too, offers an enormous opportunity, he said. “It’s already a powerhouse for us, and we’ve concentrated in Beijing and Shanghai. But there are cities whose names I don’t even know that have populations of 5 million people, and we will open stores in those places.”

It’s not just emerging markets that are growing: Hilfiger said the new Fifth Avenue flagship in Manhattan is benefiting from Eurozone tourists hunting for currency-fueled bargains. “The store is breaking records; you put a flagship in a premium, high-traffic location and the registers ring,” he said.

Expansion also will come from women’s wear, Hilfiger said. The denim business is growing, as is the runway collection, “which has gone from an eyedropper-sized business to a growth one. Today, it’s about pull rather than push,” he said.

Hilfiger said the growth story is so important to the company right now that it is “not focused” on any plans for an initial public offering. “We don’t want to be distracted by it,” he said.

Hilfiger admitted during the interview that, while growth was a priority, controlling it was just as important. “We made mistakes in the Nineties in the States with oversupplying the market, and we won’t do that again,” he said. “Fred understands that you need to control growth, and allow the brand to gain momentum.”

Hilfiger was in Europe this week to cut ribbons, scoop awards and take the pulse of local markets. On Thursday, he wrapped up a quick work trip that took him to Düsseldorf, Istanbul and Madrid, and said the mood at retail in each of those cities was upbeat.

“Everyone is hopeful, things seem to be improving and there is a lot of positive momentum,” he said in a telephone interview. “The luxury guys, though, are still in trouble. But that’s not our positioning — we’re affordable premium. In Spain, some luxury brands are down 30 percent — we’re down 4 percent.”

Hilfiger said some of his biggest sellers in Europe this season include outerwear and sweaters, premium denim and the newly expanded footwear and accessories collections.

The designer was in Madrid to launch his Favorite Things capsule collection at El Corte Inglés department stores, which has been tweaked for the local market with brighter colors and lighter fabrics. He was also set to collect a lifetime achievement award at the Marie Claire Fashion Grand Prix Awards ceremony on Thursday night.

During this week’s tour, Hilfiger opened his largest Turkish flagship in Istanbul, which spans three floors. In Düsseldorf, he accepted a UNESCO Support award in recognition of his philanthropic activities over the years via the Tommy Hilfiger Corporate Foundation.

Hilfiger said he plans to spend the weekend off duty, in Italy, eating truffles with his wife, Dee Ocleppo.