The designer throws a big event in São Paulo attended by VIPS, celebrities and models. 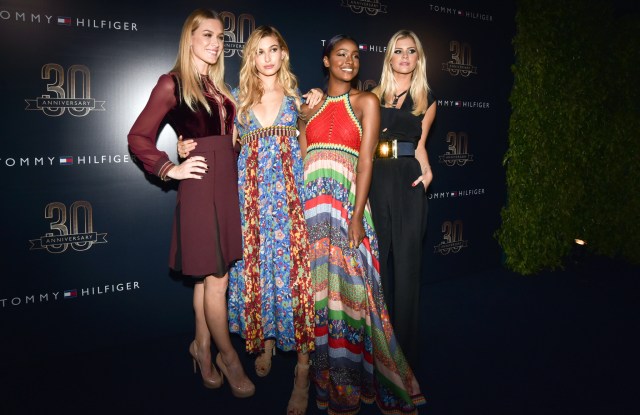 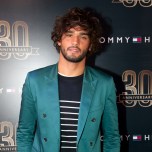 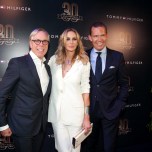 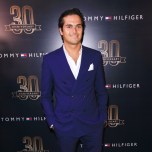 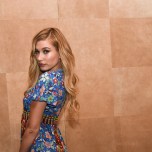 The party, held at Casa Fares, was attended by Tommy and Dee Hilfiger, dressed in a white silk pantsuit designed by her husband, as well as celebrities such as Hailey Baldwin, musician Justine Skye, and a host of Brazilian VIPs and influencers such as actress and model Fiorella Mattheis; models Marlon Teixeira and Daiane Conterato; race car driver Nelson Piquet Jr.; artist Eduardo Kobra; photographer J.R. Duran, and actress Alexandra Brochen.

“It was pretty crazy. There’s a lot of fashion in Brazil. I was pleasantly surprised,” said Hilfiger, who hadn’t been to Brazil for several years. He said his new Brazilian partner, Inbrands, is taking the business to a new level. While he previously had a store in São Paulo he never had a substantial flagship before like his new one on Rua Oscar Freire, which was designed to be “much more modern.”

“It has very clean lines, new fixturing, it’s lighter and brighter with white lacquer and mahogany, nickel glass and open skylights,” said Hilfiger, who also opened a new JK Iguatemi location. These two stores are the latest additions to a growing fleet of over 30 Hilfiger stores in Brazil.

The party took place in a modern gallery space, which was transformed into an intimate lounge with bespoke decor that included oversize white balloons and a vintage Rolls Royce, inspired by Hilfiger’s spring ad campaign, as well as LED screens featuring images of the brand’s most iconic moments over the past 30 years. Guests were invited to take photos at the dedicated social media photo booth with a flower backdrop wall, and enjoyed musical performances by Skye and local DJ Luísa Viscardi. After the cocktail party, guests were invited to the lower level of the venue for an after party DJ’d by São Paulo’s Igor Cunha.

While in São Paulo, Hilfiger also hosted a series of special events, including a VIP dinner at Restaurante Fasano hosted in partnership with Inbrands chief executive officer Michel Sarkis and Vogue Brasil editor in chief Daniela Falcão and a speaking engagement before 400 design students at Fundação Armando Alvares Penteado (FAAP).

Hilfiger said the students asked how important social media was to him. “Incredibly important,” he told them, noting that his last fashion show got 984 million media impressions.

So far, Hilfiger said the two new stores are doing well. “The Brazilian economy isn’t great, but being in the affordable premium category benefits us,” he said.