EXCLUSIVE: Tomo Koizumi Is Doing a Capsule for Pucci

His effort will be unveiled Sept. 26 during Milan Fashion Week.

In a match seemingly made in some kaleidoscopic-colored fashion heaven, Emilio Pucci has tapped Tomo Koizumi — he of the fantastical ruffled creations — to design a capsule collection for spring 2021, WWD has learned.

The capsule is to be unveiled on Sept. 26 during Milan Fashion Week via a short film that will also feature Pucci’s spring 2021 show collection.

Earlier this year, Pucci switched to a new creative model by which it invites a new “creative voice” each season to interpret the codes of the Florentine house, best known for its swirling prints on silk jersey.

While the first guest designer, Christelle Kocher of Paris-based label Koché, oversaw the entire fall 2020 runway effort, Koizumi will do a capsule, while the main collection will be designed by Pucci’s in-house team. It’s yet another new wrinkle in the burgeoning trend to serial collaborations that has swept fashion in recent years. 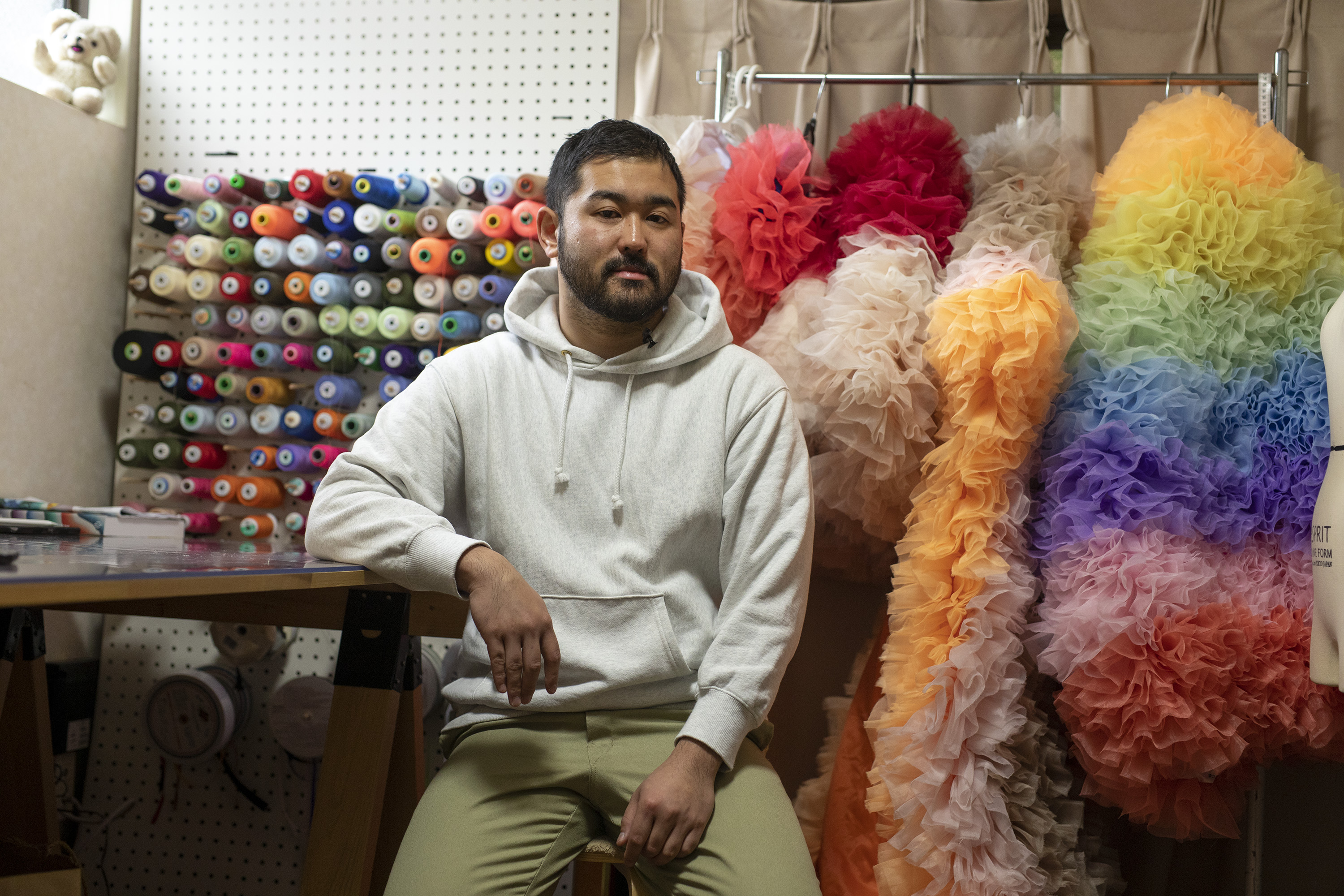 “Tomo is a kind of magician, crossing his beautiful technique with a fanciful and dreamy vision of womanhood,” Pucci said in a statement provided exclusively to WWD. “In a dialogue with the Pucci creative team, he will be adding his spectacular and fun touch.”

Based in Tokyo and known for his costume designs, Koizumi zoomed onto the international fashion radar last year when he staged a last-minute fashion show during New York Fashion Week at the Marc Jacobs boutique. This was after English stylist Katie Grand discovered his sculptural tulle creations on Instagram and deemed that he deserved one of fashion’s biggest international stages. Backed by additional muscle from PR firm KCD, he was the breakout star of the week.

The Costume Institute at the Metropolitan Museum of Art subsequently bought one of his works for its permanent collection, and exhibited two in its 2019 exhibition “Camp: Notes on Fashion.” Koizumi was one of eight finalists for this year’s LVMH Prize for Young Designers, and a beneficiary of its solidarity fund, created in lieu of the grand prize in the wake of coronavirus crisis. (Reinforcing how powerful a springboard the LVMH Prize can be, Kocher was on the short list for the 2015 edition.)

Koizumi characterized his Pucci collaboration as a dream come true.

“I have always desired to collaborate with a fashion house with such a rich heritage like Pucci,” he said. “It has been a great pleasure to have the opportunity to get inspired by the timeless beauty of the Marquis Emilio Pucci styles and the perfect harmony of brand’s colors.” 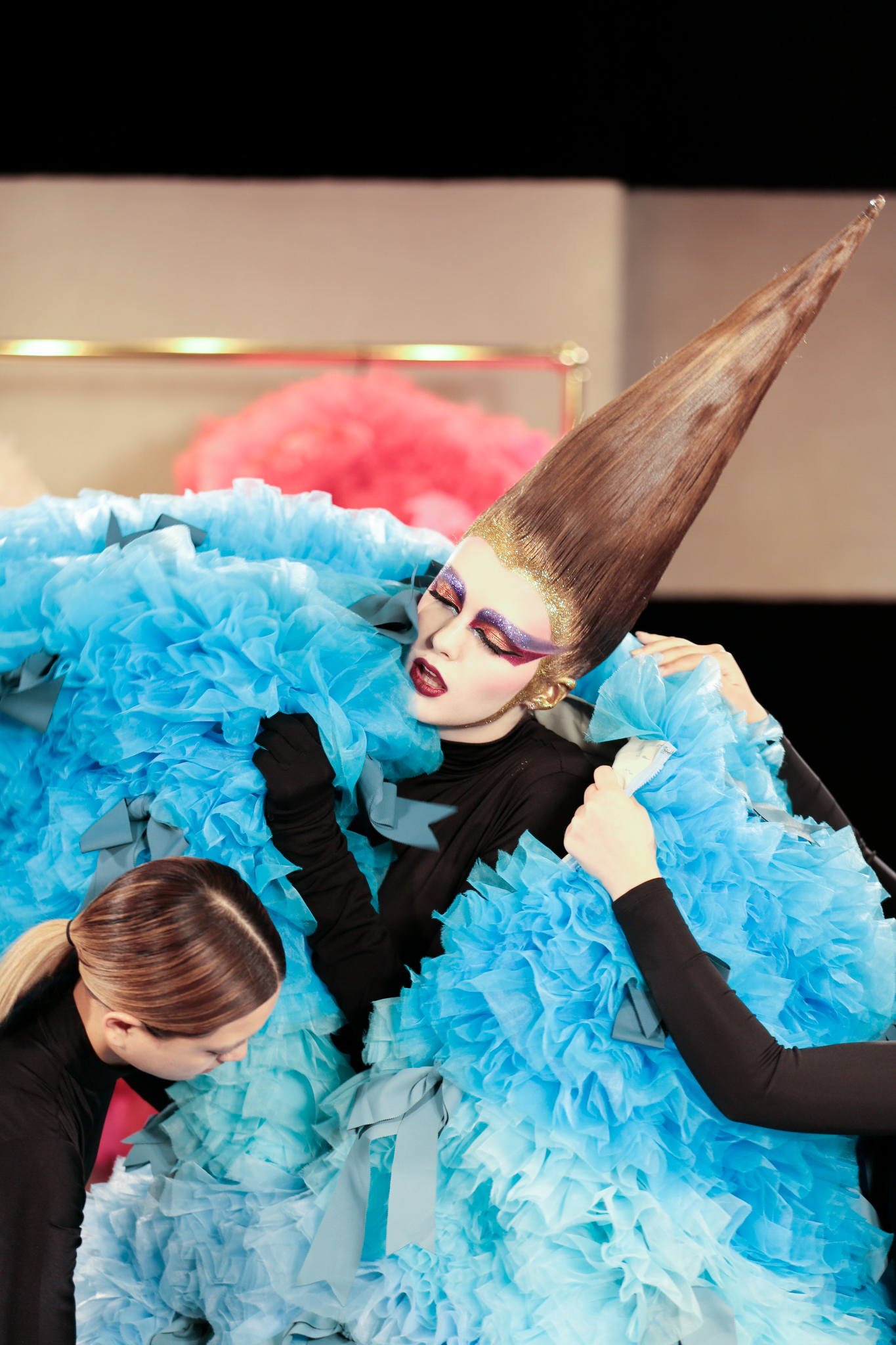 The Tomo Koizumi x Pucci capsule will be available in March 2021 in Emilio Pucci boutiques worldwide and selected wholesale partners.

While details of the collection are being kept under wraps, Pucci described the collaboration with the Japanese designer as a dialogue between its “clean and dynamic designs and Koizumi’s spectacular shapes. Both sides are united by their shared passion for color, a strong vision of woman and a graphic and bold approach to silhouettes. The result is a capsule collection that honors the union of creative universes and brings to life sculptural handmade pieces, conferring Pucci an unexpected tridimensional vibe.”

Toledano readily acknowledged that Koizumi is the second guest collaborator plucked form the LVMH Prize ranks “and probably not the last.”

He noted that the global design competition is a “fantastic tool” to see how young designers work.

“I believe in collaborations with real artists or young designers,” he said in an interview on Monday in Paris. “This is reinforcing the brand and giving energy.

“We were pleased with the Koché collection,” Toledano said, citing positive reaction from the press and clients. The collection is slated to drop this month with a series of virtual events.

Koizumi launched his namesake brand in 2011 after a boutique owner bought one of his dresses made while he was still in university. Then he pivoted to styling and costume design, once dressing Lady Gaga, until the New York showing made him an international star. Today, his designs are made-to-order.

Controlled by LVMH Moët Hennessy Louis Vuitton for the past 20 years, Emilio Pucci has experimented with a variety of permanent designers, including Julio Espada, Christian Lacroix, Matthew Williamson, Peter Dundas and MSGM’s Massimo Giorgetti. Since Giorgetti exited in 2017 and until the Koché guest stint, an internal team turned out collections.

Engaging serial collaborators rather than a full-time creative director is becoming a more common business model, pioneered by Ruffo Research in the late Nineties and adopted in recent years by larger brands such as Moncler and Tod’s. Jean Paul Gaultier staged his last fashion show last March and said he would hand the design reins of the Puig-owned couture house to a series of guest designers, with Chitose Abe of Sacai lined up for the first collection, to be unveiled next January.

Founded in 1947 in Capri, Emilio Pucci is one of Italy’s storied jet-set brands of the Sixties, synonymous with colorful prints on silk jersey, which the founder even applied to skiwear early in his career, pioneering a lifestyle approach to fashion.

There are 22 Emilio Pucci boutiques in the world, 15 of which are directly operated and the balance a mix of franchises and shops-in-shop. The brand also counts 130 wholesale doors worldwide, and its product universe includes beachwear, junior collections, homewares and accessories such as scarves, sneakers and eyewear.