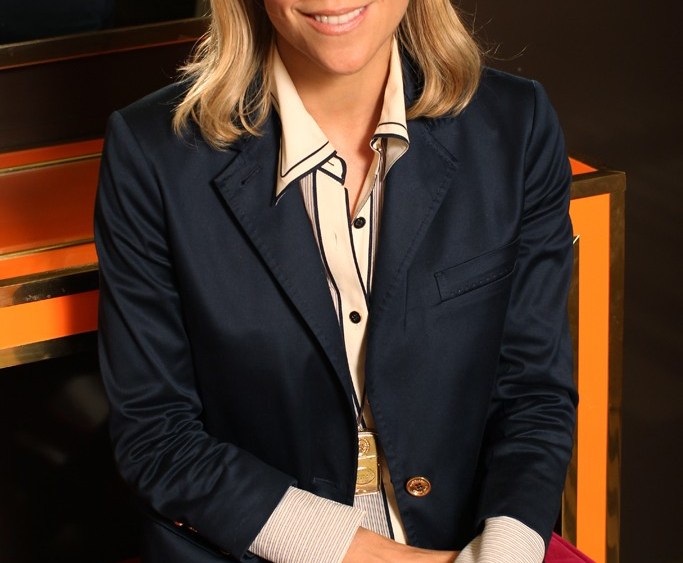 NEW YORK — Tory Burch has all the momentum a designer could want — and The Carlyle Group is one of the key players looking to get a piece of it.

The brand has been actively courting new investors since last year, and the buyout giant is said to be a strong contender. No deal, however, is in the immediate future, and Burch shareholders continue to contemplate the alternatives.

The process has been slowed by ongoing tension between the designer and her ex-husband, Chris Burch. And the prospect of a lucrative public offering is lingering, although the company has repeatedly said that’s not in the cards, for now.

Tory Burch is one of the hottest properties in fashion. The business has grown both quickly and profitably, with 72 stores dotting the globe. Swimwear was recently added to wholesale accounts, watches appear to be in the offing and a fragrance is in the works for fall 2013. And counterfeiters are cranking out Tory Burch merchandise — an unwelcome but telling statement of the brand’s global recognition.

But now the company appears to be at a crossroads as it plots its future. Many of the suitors are said to be mainly interested in buying a majority of the business. A spokeswoman for the firm said definitively: “We are not selling a controlling stake in the company.”

The company hired Barclays Capital last year and flirted for a time with seeking a strategic investor, holding meetings with firms such as Coach Inc. and LVMH Moët Hennessy Louis Vuitton. The focus now appears to be on financial players.

Washington, D.C.-based Carlyle would be a powerful ally for the company. The problem for Burch: the buyout giant is believed to want a controlling interest, something that no individual party currently has, according to sources. Carlyle, which did not reply to a request for comment Friday, is said to want to pair chairman Tory Burch with a business partner — a Roger Farah to her Ralph Lauren.

A search for a new investor has been complicated by the designer’s strained relationship with her ex-husband, who owns about a third of the company and is working on establishing the C. Wonder chain, as well as a string of other retail concepts. C. Wonder increased tensions between the two sides, with sources contending it bears too close a resemblance to the brand Chris Burch helped his former wife create — an allegation he denies. For months, the industry was atwitter over the potential of a Burch vs. Burch lawsuit over C. Wonder, but so far nothing has come of it.

Observers have noted that anyone buying out Chris Burch’s stake might also be funding a potential competitor. The designer and her ex-husband are said to be trying to reach some sort of a C. Wonder resolution. There is the possibility that the chain, which is new and still developing, could evolve into a format that is not quite so irksome to the Tory camp.

In an interview with WWD in December, Chris Burch said, “I have three amazing children with Tory, she’s a pretty extraordinary person. We’re doing quite well, the business is extraordinary. There’s always tension no matter what when you have a relationship where you’re no longer married, there’s always going to be tension.”

At the time, he said, he was going to sell his stake and move on and that strategic investors, private equity funds and sovereign wealth funds were all interested.

The Barclays process has sometimes been painted as a way for Chris Burch to bow out. But there are scenarios under which he would see only a portion of his stake. Chris Burch declined to comment Saturday.

RELATED STORY: The World, According to Tory Burch >>

The hiring of an investment bank has opened the door for other Tory Burch investors to exit as well, meaning it is possible that a majority of the firm could ultimately trade hands.

With the sale taking longer than many expected, competing bankers have been circling and looking for a way in. In part, that’s because Tory Burch is a rare commodity: a youngish brand that has proved that it appeals to shoppers worldwide, but still has plenty of room to grow.

“The proof is in the pudding,” said Judith Russell, an independent apparel and retail consultant. “The high-end, very fashionable consumers all think it’s the just the greatest thing and so it is. She was smart to get into accessories first and really get her brand in the forefront of everyone’s mind. The brand equity seems to be worth quite a premium, so I think they’re smart to take their time and make sure the timing is right.”

Chris Burch has been one of the brand’s primary cheerleaders, boasting at first that the company was worth $1 billion, and then $2 billion and more recently $2.5 billion, valuing his stake at about $750 million. While each of those valuations were seen as lofty when they were first floated, the hope, or the fear, is that they might ultimately be too low in the current market.

One source said Tory Burch is more profitable than Michael Kors Holdings Ltd., which held its initial public offering in December and now has a market value of over $10 billion — Michael Kors himself is close to being a billionaire, at least on paper. The Tory Burch brand also is perfectly molded for Wall Street — like Kors, its business comes mainly from accessories, with strong positions at retail in footwear and leather goods. The company also has significant growth potential in overseas markets.

That has made a Tory Burch IPO an all-the-more attractive option for the firm’s early investors.