By Rosemary Feitelberg on May 18, 2010
View Slideshow 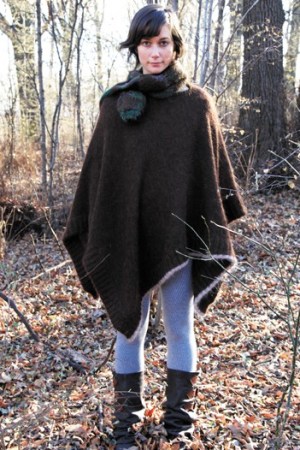 Trend Union’s Li Edelkoort recently delivered her “Taking Flight” presentation for fall-winter 2011-2012 with a sulphur-crested cockatoo perched on her shoulder.

While the act may have seemed a bit bird-brained, the creature epitomized Edelkoort’s forecast, which is awash with bird metaphors — 16 to be exact. And her explanation and visually arresting images swayed a 400-plus crowd at New York University last week. Now that the recession is easing up, fashion and design are about to take flight, leading to new colors, more texture and a higher plane of creativity, she believes.

Returning to New York, where Trend Union has an office, proved to be a little challenging for Edelkoort and her team. The fact that next fall’s forecast had been named Taking Flight “became completely hilarious when we couldn’t leave Europe because of the volcanic ash,” she said.

Though not their intention, that experience illustrated one of the trends. “The way we live now you have to be at home in several countries at once — you have to be able to migrate,” she said, adding that just as birds will go wherever they have to in order to find food and shelter, current economic conditions require people to take a similar tack for business. “No business is just contained in one place.

“We also have to open up our personal borders to consider what we think we can do and what we will do. How can we expand and push our own borders? That is the real question,” Edelkoort said.

Some bird-related trends were straightforward, such as downy fabrics, an influx of eggshell colors, different shades of yellow, and “a big focus on the legs, hosiery, shoes and short things.”

More complex were what she called “Intelligent Owls,” “so important because he is the image of The Nerd Generation, sitting all night in front of a [computer] screen looking for predators and wearing heavy-rimmed glasses.” She continued, “Recently, we went to fashion parties in New York and in Paris, and everyone had these heavy-framed glasses. Nobody is older than 30 so they don’t need them but everybody is wearing them. It was fantastic to look at. And they were all dressed in very, very boring clothes. The idea is you look super intellectual — no color, no frugality, it’s just very serious — lots of brown, gray so you’re invisible.”

“Cocktail Birds,” like the live one that rested on Edelkoort’s right shoulder, represented caged birds and signaled a revival of Jazz Age cocktail fashions. “It’s all about beautiful flapper girls — a real revival to the Jazz Age — twittering until they die, dancing all night long and voluntarily living behind gold bars,” she said.

“Birds of Paradise,” meanwhile, exemplified a return to more exotic and iridescent clothing that make for more eccentric outfits. “Weaver Birds” symbolized “stunning” weaving, which was very popular during the Bauhaus period and then again in the Sixties and Seventies, and is making a comeback, according to Edelkoort. The new version will use “debris found from all over the world,” she said.

Apparel makers would also be wise to borrow from birds’ ability to keep themselves warm in any season. Having seen snow-covered cherry blossoms in Tokyo this spring — something that had not happened there in a century — Edelkoort noted the fluke weather occurred even as stores like Uniqlo had already shifted their stocks to summer clothes. The world’s erratic weather patterns have affected retailers in other regions like Australia, she said.

In relation to “Peasant Poultry,” Edelkoort said “fashion and design will stay on the farm indefinitely,” citing Farmville.com, the Facebook game in which the user manages a farm, as testimony to the trend. Urban farming, reflected now in fashion’s folkloric details, will continue to be important due partially to Karl Lagerfeld’s farm-happy set at Chanel’s February runway show, complete with wooden clog-wearing models, she said.

“Slow food and slow fashions are part of this movement to a radical lifestyle change away from the city and its high levels of stress and testosterone on the road to a healthier lifestyle,” she said.

Having predicted the world at large would once again fall in love with America (well before Barack Obama was elected President) and therefore American looks would become popular again worldwide, Edelkoort said that has come to fruition “big time.” “This is not for one season,” she said. “There is an enormous revival of all the essence of American sportswear and giving basics this colorful treatment.”