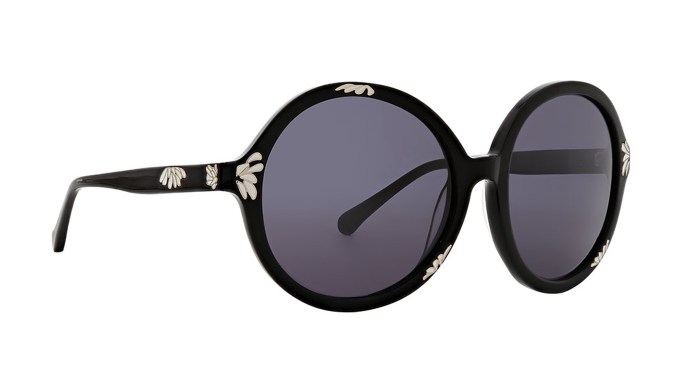 MIAMI – Trina Turk relocated to mainland Miami after being in Bal Harbour Shops since 2009. But in a move as bold as her signature prints, the designer didn’t follow the herd to the Miami Design District, opting instead for the Upper Eastside corridor of Biscayne Boulevard. The emerging neighborhood’s mid-century modern architecture, especially motels with names like Vagabond, Shalimar and Seven Seas, felt familiar to the California girl. The store’s single-story, 4,500-square-foot layout is also on par with the Palm Springs flagship, and both have multiple entrances for defined sections including full assortments of Mr. Turk men’s wear and home collections, which were previously limited in Miami.

“Our number one store is Palm Springs, which grew bit by bit as surrounding space became available to annex, so this mini-department store model obviously strikes a chord with our customers,” said Turk, who doesn’t mind being ahead of gentrification. “We pioneered Gansevoort Street in New York before the Whitney and High Line, and Biscayne Boulevard is at least further along than Palm Canyon Drive was at the time.”

The simultaneous arrival of other retailers — Beacon Hill Chocolates, Panther Coffee and Fly Boutique, a popular destination for vintage clothing — validated her decision. In meeting “actual” locals, she learned that the majority avoids South Beach’s parking headaches; it won’t be an issue here with 15 spaces behind the building. Acknowledging the absence of foot traffic, Turk is embracing the 40,000 cars that drive by on a daily basis, according to the Florida Department of Transportation.

“There’s an iconic Coppertone girl billboard a block away, so we’re creating backlit signage with that vibe.”

David Mann, whose MR Architecture + Décor firm designed her stores in Bal Harbour, Atlanta and Dallas, knows Miami’s vintage furniture shops well, and she likes to hit the cluster along NE 125th Street. They filled the turquoise and citron setting with authentic and inspired 20th-century pieces. Grass cloth and philodendron-printed wallpaper add to the tropical mood.

The edit also reflects the market, such as lacy cover-ups that double as dresses. Exclusives begin shipping in the spring. It’s the third company store to represent all categories of Mr. Turk, a result of strong online sales in the region and requests by Bal Harbour shoppers.

“That store was number one for swimwear, so we expect that business to continue with men’s now, too,” said Turk, who presented a fashion show at Style Saves fundraiser during Miami Swim Week. “Our colors and prints do well in resort towns.”

Right on cue for her new sunny locale, eyewear launches in September. The license with the McGee Group, which makes eyewear for Badgley Mischka, Vera Bradley and XOXO, among others, includes eight sunglasses and 14 optical frames. Sunglasses, which retail from $128 to $198, incorporate the brand’s DNA through Japanese and Italian acetates in custom colors like coral, pink and navy. Topanga, a retro, oversize round frame, picks up a signature print with hand-enameled flowers. Another floret logo appears as metal embellishment on temples and tips. Vintage inspired in shape, the collection is entirely modern in production from custom Italian laminations to HD printing.

Turk, who’s looking to expand in Florida, is testing Palm Beach County with a shop in shop that opened in May in Bloomingdale’s at the Gardens Mall. Freestanding stores bow at International Market Place in Honolulu in August, and in Los Angeles’ Larchmont Village in early 2017 (the West Third Street location closed six months ago).

“L.A. will have two storefronts for men’s and women’s but won’t be as big as Miami,” the designer said.