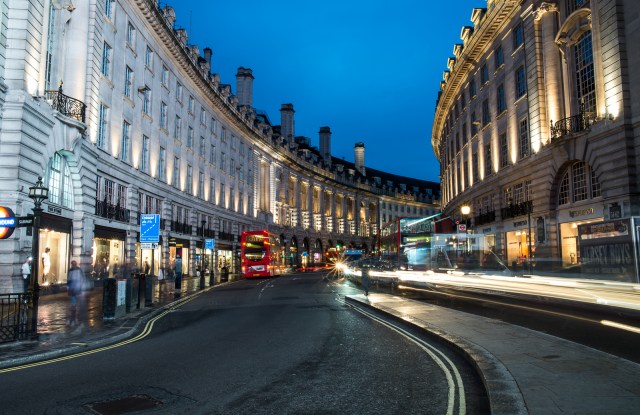 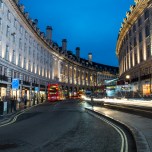 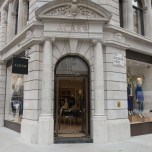 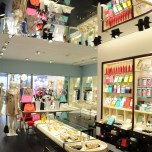 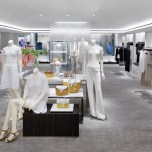 LONDON — If Regent Street had a motto, it would be: Super Size Me.

The grand, central London thoroughfare designed by the 18th-century architect John Nash has been undergoing a mighty transformation under The Crown Estate, the property company that’s owned by the Royal Family, with all profits going to the U.K. Treasury.

The Crown Estate’s vision is simple: The bigger, the better — and the brands have been listening. Earlier this month Michael Kors tripled its space on the street, opening what is now its largest European flagship at more than 16,000 square feet. The store stocks the full offer, including men’s wear. Kate Spade New York has opened its fourth — and largest — London unit on the street, which spans 4,000 square feet over two floors.

Hugo Boss has doubled its space on the street, while Coach will soon move into the old Jaeger store, tripling its current size. Apple, meanwhile, is turning its current store into a global flagship, while later this summer Polo Ralph Lauren plans to open a 17,550-square-foot store on three floors.

“We are looking for the best shops, the best staff, the most languages, as elevated a range of product as we can get. We’re not trying to create Bond Street here. If you think of Fifth Avenue and think of the mixture of brands, we think that’s what people want today,” said David Shaw, head of the Regent Street Portfolio for the Crown Estate.

Shaw said the popularity of Internet shopping means customers are used to looking online and seeing the breadth and depth of a brand’s offer. As a result, they are often disappointed with the selection they see in store because it’s rarely as big.

Shaw said The Crown Estate also wants to be a first destination for new concepts: &OtherStories, Karl Lagerfeld and Hunter all opened their first flagships on the street, while the Polo Ralph Lauren store will be the first one in the U.K. and the second in Europe after Rome, which carries men’s wear only. The Regent Street store will stock men’s and women’s wear.

As a result of the estate’s strategy, the actual number of shops on the street has been falling. The dusty tartan and souvenir teacup shops aimed at day-trippers are disappearing and in their place are brands such as Superdry, J. Crew, Gant and Uniqlo.

Shaw said that when The Crown Estate began its Regent Street overhaul in 2002, there were 145 stores. That number has now shrunk to 115, and the aim is to have less than 100 by the mid-2020s when the Crown’s project wraps.

So far, The Crown Estate has added 25 percent extra floor space through the redevelopments as it focuses on larger spaces. He said the sweet spot for demand from brands and retailers is currently 5,000 to 6,000 square feet, whereas at the top end, 20,000 to 25,000, there’s less of an appetite. As a result, The Crown Estate teams have been attempting to drum up new business with brands in the U.S. and on the Continent.

For the brands themselves, the offer of a large retail space in central London has been a boon. Kate Spade New York already had three stores in the British capital, but its principals believe Regent Street will speak to a whole new customer.

“We’ve been growing our business in the U.K. for several years now…but this is really taking it to the next level, with a larger footprint and a broader assortment in the store. It’s really an opportunity for our girl to see the world of Kate Spade New York under one roof,” Craig Leavitt, the company’s chief executive officer, told WWD before the opening.

He said Regent Street is becoming “a real magnet” for U.K. tourists from outside of London, but also for European and international tourists.

“That’s why we’re so excited; we’re going to have a lot more exposure to the customer who’s looking for us, and who maybe knows our brand. This is an opportunity to shop it in London while she’s traveling, particularly that consumer who is from Continental Europe, where we’re just beginning our expansion,” he added.

The Crown Estate owns the majority of the retail and business property on Regent Street with the balance controlled by the Norwegian sovereign wealth fund. For its various businesses across the U.K., The Crown Estate often brings in minority partners to invest in its property and projects.

While he declined to talk about rents, the estate agency Savills told WWD that rents in Zone A, the prime parts of the stores closest to the entrance, are about 650 pounds, or $933, a square foot. Savills said rents are kept in check by The Crown Estate so as to remain sustainable and fair for the brands.

According to Savills, the appeal of Regent Street comes down to the Crown’s revitalization of the public realm and store redevelopment. “The fact that the rental tone is lower than some other parts of the West End has also been influential, but is not the principle driver,” Savills said.

While Shaw declined to talk about rents, he did estimate that the brands spend about 250 to 300 pounds, or $360 to $430, a square foot on refurbishments once they’ve taken their spaces.

The Crown’s plans have also stretched to the forgotten parts of the street. About 18 months ago, The Crown Estate refurbished and renamed the 200-year-old stretch of Regent Street that connects Piccadilly Circus with Pall Mall.

Today it’s known as Regent Street St James’s, and features wider sidewalks, two traffic lanes instead of four, pedestrian-friendly crossings and fancier bars and restaurants such as Villandry and the Greek restaurant Milos.

The work on Regent Street so far has been paying dividends.

As reported, London’s West End has been ranked as the top retail destination in Europe, according to data from Savills and New West End Company, which represents retail businesses around Oxford, Regent and Bond Streets.

The 2016 Global Retail Destination Index ranked shopping destinations around the globe on the basis of visitor and retailer experiences.

London’s West End was placed first in Europe, and second globally, with New York City coming first. According to the report, retail sales in the West End are set to increase by 27.8 percent to 11.3 billion pounds, or $16.4 billion, by 2020 thanks in part to the arrival of Crossrail, the new railway project that is slated to launch that year.