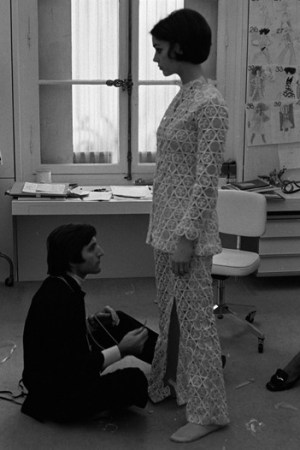 1965: Emanuel Ungaro, who trained at the house of Cristóbal Balenciaga, opens his fashion house in Paris.

1968: Ungaro launches ready-to-wear and opens a store at 2 Avenue Montaigne in Paris.

2001: Ungaro shows his last ready-to-wear collection, handing over the reins to Giambattista Valli, but continues to design haute couture.

2009: The company parts ways with Cortazar over his refusal to work with a celebrity face. Little-known designer Estrella Archs is paired with “artistic adviser” Lindsay Lohan in a bid to kick-start the brand. Moufarrige resigns and Ungaro names Marie Fournier as new general manager.