Salone del Mobile is known for launching young or up-and-coming firms into the design universe. Here are four bound to generate buzz at this year's fair. 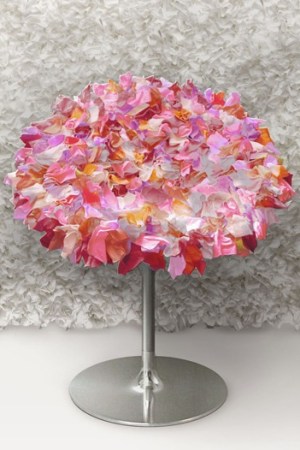 Salone del Mobile is known for launching young or up-and-coming firms into the design universe. Here are four bound to generate buzz at this year’s fair.

ESTABLISHED & SONS
Over the past four years, Established & Sons began building a collection commissioned from a superexclusive clique of British designers, chief among them Zaha Hadid and Jasper Morrison, and the company has easily become the hottest brand to watch at Milan. Along with their regular stable of British designers, all eyes this time around will be on the products by Jaime Hayon, a new young artist who hails from Spain. Hayon, who has become a sensation after unveiling several playful sculptural pieces for Bisazza, moved to London last year. “His work is very much in tune with his move to London, and he is inspired by aspects of British history,” says Mark Holmes, a designer and co-founder of Established & Sons.

Hayon’s chairs are a part of a collection influenced by British history—Henry VIII to be exact. Hayon has created a series of Baroque-looking, sleek padded chairs with metal, baseball-bat-like legs. They look like modern interpretations of medieval furniture. For the exhibition, the chairs will be upholstered in five materials—each one representing a different wife of Henry VIII. “As for our ethos” says Holmes, “we set out to present a diverse range of design languages in the U.K. [Jamie] seemed to be a really nice fit.”

SWAROVSKI CRYSTAL PALACE
For the first time in seven years, Swarovski’s groundbreaking Crystal Palace project is asking world-renowned designers to do more than reinterpret the classic chandelier. Collaborators this time include Tokujin Yoshioka, Zaha Hadid, Marcel Wanders, Studio Job and FrederiksonStallard, all of whom have been asked to create a landscape or atmosphere. Past productions have yielded room-sized and sometimes monumental creations of crystal, but this year, the interior installations will see the classic gems mixed with conventional materials such as leather, wood and concrete in an effort to reinvent (yet again) what is possible with crystal.

“Swarovski asked us to create a ‘roomscape,’” says Ian Stallard, the design partner of Patrik Frederikson. The duo, known for their avant-garde art pieces and furniture, are creating the Cavern collection, a floor-to-ceiling installation that will encompass tables, seating, storage, flooring, lighting and accessories. Some pieces will be made from ebonized oak or covered in leather, while others are cast in concrete. “They will consist of solid monolith forms, perforated by cavernous openings whose interior surface is encrusted with thousands of crystals, echoing crystalline structures in geology, such as the formation of amethyst in geodes,” says Stallard. Following in the Crystal Palace project’s spirit of reinvention, Stallard says, “By creating these forms, flowing through the pieces, our aim was to open up the internal structure to consider it beyond simply the external aesthetics that we have become accustomed to.”

MOROSO
Design impresario Patrizia Moroso continues to innovate with her eponymous company, which will be showing directly on the grounds of the Salone del Mobile this year. For 2008, she has commissioned some of the company’s favorite designers to create a line of products: Patricia Urquiola has designed a range of furniture, with midcentury modernists Charles and Ray Eames as the inspiration, while British design titan Ron Arad will unveil the Pixel sofa, a seemingly simple couch made from connectable square units to form the sofa’s base, and padded pieces that allow the user to shape the sofa in ways that suit his or her needs.
Other highlights include the Bouquet chair by Japanese designer Yoshioka, a flowery chair made from a thin chrome stem from which an egg-shaped shell holds multicolored fabrics. This mishmash of materials create comfort and envelop the user in a lush canopy of flowerlike cloth. Swiss designer Philippe Bestenheider has designed the Nanook series, consisting of a chair, armchair and low table inspired by patterns and fabric found in Inuit tribal rituals.
While these pieces will be displayed at Salone, back at the Moroso showroom on Via Pontaccio, Tord Boontje will transform the space into a flower garden via his trademark floral patterns.

BISAZZA
Using design installations to promote their brand of luxe Italian tiles, Bisazza once again teams up with Jamie Hayon and Andrée Putman this year on a furniture line to be installed at Superstudio Piu. The designers not only represent contrary aesthetics, but also the diametric spectrums of experience—Putman, at 83, is the grande dame of design and known for her refined, opulent modernism, and Hayon, 34, is known for his quirky sculptural forms, some of which mimic animals and playful figures. Putman’s installation will only feature work in black or white. For example, the collection includes a perfectly circular white table, with a hollow conical base in which glittery mosaic tile is fixed. In that way, Putman’s pieces are a muted contrast to the glittery, shiny, sometimes reflective nature of Bisazza tiles. In contrast, Hayon’s penchant for subversion inspired his collection, which is seemingly simple, but presents playful twists on conventional objects, such as a long table that is broken in the middle, yet somehow still stands up. Bisazza tiles adorn unexpected or hidden surfaces of these pieces to emphasize that the tile isn’t just for walls—a theme continued from his Bisazza installation last year, in which he created a room-size, Pinocchio-like sculpture made from the expensive mosaic.