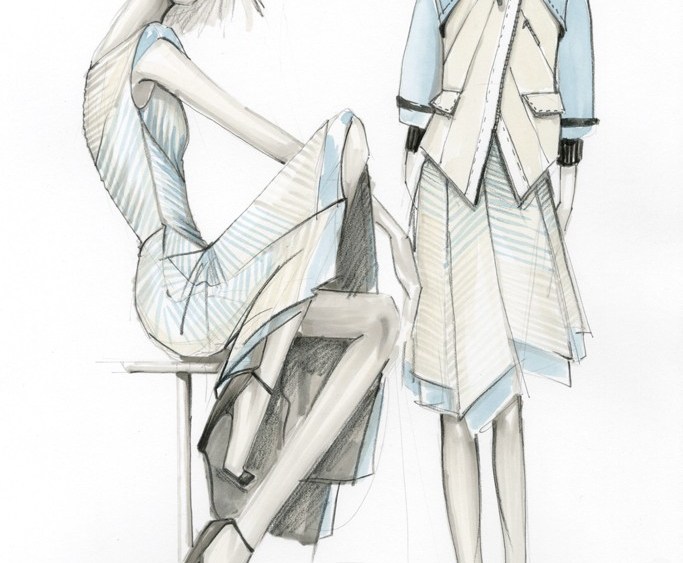 NEW YORK — Ten finalists are competing for the distinction of representing the U.S. in the International Woolmark Prize competition. The U.S. winner, who will receive $100,000 toward their next collection, will be announced tonight at Industria Superstudio in New York.

Tonight’s ceremony follows a five-hour review today of the collections by a judging panel of retailers, designers and journalists. That designer will represent the U.S. in the 2014 International Woolmark Prize, which will take place in February 2014 in Milan. The judges are Alexander Wang; Colleen Sherin, senior fashion director of Saks Fifth Avenue; Malcolm Carfrae, executive vice president, global communications of Calvin Klein Inc.; Stefano Tonchi, editor in chief of W; Steven Kolb, chief executive officer of the Council of Fashion Designers of America, and Vanessa Friedman, fashion editor of the Financial Times.

The global fashion competition awards outstanding and emerging designers for their creativity in merino wool. The contest’s aim is to develop the next generation of fashion designers and to highlight wool’s eco credentials. Each of the regional winners (from the U.S., Europe, India, China and Australia) gets the opportunity to participate in the international field, where the winner will receive $100,000 in underwriting their next fashion show and have his or her designs carried by leading global retailers.

One sketch from each competing designer is featured below.