The opening event took place just days after the brand confirmed the departure of former co-creative director Maria Grazia Chiuri and the appointment of Pierpaolo Piccioli as sole creative director. 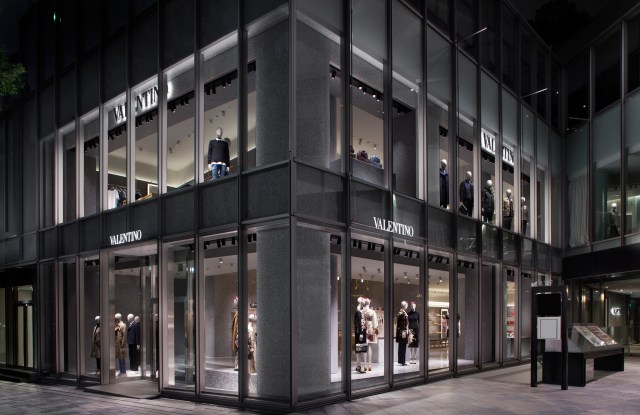 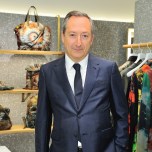 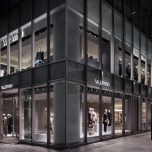 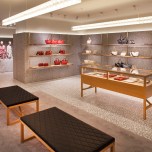 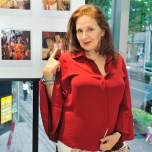 Speaking at the new Tokyo boutique, Valentino’s chief executive officer Stefano Sassi said he feels very positively about the future of the brand under the leadership of Piccioli, and that he expects the transition to be a smooth one without discontinuity.

“We’re coming from years of huge success and I’m super confident that we will have years of development also in the future. We set up over the years very strong pillars of perception of the brand, of a Valentino that is strong, cool, with a very deep soul of heritage but at the same time very contemporary,” the executive said. “And so I think all we set up over the years is something very solid on which Pierpaolo can keep building his vision of the future of Valentino. I’m super confident about the evolution of the brand.”

The Omotesando boutique is the first of two flagships that Valentino has planned for Tokyo, with the next one due to open in the ritzy Ginza neighborhood in the first half of next year. Sassi said the aim of the two stores is to provide customers in Japan with the full experience of what Valentino is today. He said the timing is right for the brand to invest in the Japanese market.

“The business is doing well worldwide, and I would say that Japan is doing specifically very well. All the work that we started years ago, it was coming a bit late to Japan, and now it’s picking up in a very positive way, and so we are very happy about the performance of Japan last year and this year as well. It’s moving in the right direction and finally I think that we can improve in a significant way the weight of this market. And this is the reason why we’re making some major investment [in Japan]. Valentino was doing very well everywhere in the world over the latest years, and now Japan is becoming an area of focus for us,” Sassi said. He added that the company is seeing sales growth of 15 to 20 percent each year in Japan, where the brand has about 20 stores.

Despite economic uncertainty due to factors such as a strengthening yen and slower growth of international tourist flows, Sassi feels the luxury market in the world’s third largest economy is slowing improving.

“It seems to me that it’s growing again after some years in which the market was pretty flat. Now it’s picking up again,” he said. “Maybe not at huge percentages, but in a positive way. So we think it is the right moment to invest and we’re positive about investment in this country.”

Elsewhere in Asia, Sassi said Valentino’s business in China is also growing, regardless of the economic slowdown there. He said the brand is “suffering a little bit” in Hong Kong and Macau due to recent political issues and other factors, but that mainland China is seeing positive growth.

To coincide with the opening of the Omotesando store, Piccioli collaborated with multimedia artist Maripol on a project that celebrates Valentino’s “Enchanted Wonderland” collection from the fall season. Both the collection and the art installation will be debuted exclusively at the Tokyo store until July 21, when they will begin to be rolled out to other stores.

The project consists of a series of Polaroid photos shot by Maripol in one day in various locations around New York, as well as a video and an original music track, for which the artist both wrote and sang the lyrics.

The 3,875-square-foot Omotesando store is the first in Japan to employ Valentino’s new retail concept developed by Piccioli and British architect David Chipperfield. Design elements include a large marble column connecting the two floors of the store, walls in gray terrazzo marble, and accents of brass, wood and glass. Women’s wear is showcased on the first floor, while the menswear offering fills out the second floor.

The store is located in the upscale Omotesando Hills shopping complex, which also houses boutiques for brands such as Jimmy Choo, Harry Winston, Bottega Veneta, Giuseppe Zanotti and Sergio Rossi. The Valentino store replaces one by Dolce & Gabbana, and occupies the complex’s prime location, opening onto the chic, tree-lined Omotesando boulevard.