Pierpaolo Piccioli and Stefano Sassi host multiple events to fete a trio of new boutiques, including a flagship in the Hotel Metropol. 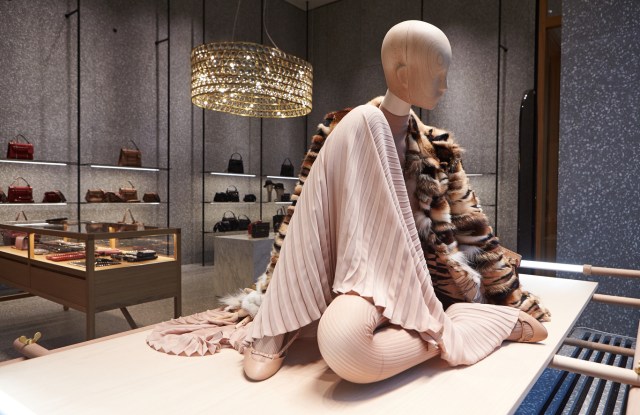 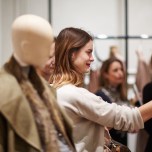 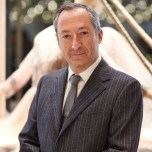 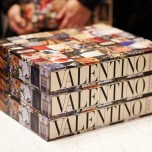 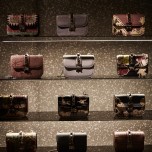 MOSCOW — Valentino has cast of big vote of confidence in the beleaguered Russian market by planting a sumptuous flagship in central Moscow, and trumpeting its arrival with a lavish and theatrical event the night of Nov. 10 hosted by its creative director, Pierpaolo Piccioli.

The 5,400-square-foot unit at the Hotel Metropol on Teatralny Proezd, not far from Red Square and across from the Bolshoi theatre, is the Roman firm’s largest in Russia, showcasing its women’s ready-to-wear, accessories and fragrance collections across one level.

“We did not have a strong presence in terms of retail in Russia,” said Stefano Sassi, chief executive officer of Valentino. “We only had one boutique with one partner and we had our presence in Tsum. Valentino for the Russian customers is important, and the Russian clients are very important for Valentino. We perceive that the Russians truly are fascinated by our brand…. We were looking for an opportunity to find the right visibility.’

The Metropol boutique, developed with British architect David Chipperfield, exudes a palazzo atmosphere with its familiar pebbled surfaces and rich blend of woods, stone, marble and soft carpets. Chipperfield maintained many original decorative elements of the Metropol site, preserving them with a lime wash, exalting them particularly in a “Historical Room.”

While the economic crisis, ruble devaluation and Western sanctions have curbed rich Russians from traveling, and dampened consumer sentiment, Sassi said the picture for Valentino is bright.

“In three years, we have tripled our revenues in Moscow, where the biggest part of the Russian fashion industry is concentrated,” he said, noting that Russians are spending more locally, prompting Valentino to raise its profile in high-traffic locations.

Sassi noted that Russians continue to spend healthily in its Paris and Milan boutiques, although tax-free spending has been in decline for years.

“In Russia, because of the climate conditions and the love for the fashion aesthetics, an important segment is fur coats. It’s a big business along with bags and shoes,” he said. “However, in Russia, we believe that we can grow in many categories.”

Among those with strong potential is men’s ready-to-wear and accessories, according to Sassi, who is in talks with Tsum to afford more visibility to Valentino in those areas.

It was Piccioli’s first time back in Russia in about a decade, and he said he perceived many positive changes.

“I also went to Saint Petersburg and I truly feel that Russia needs to be rediscovered, culturally speaking,” he said in an interview. “Even in terms of relationships, people are more open, and it seems like there is a will to restart. There is a new openness in terms of mentality.”

During his Moscow sojourn, Piccioli, now sole creative director of Valentino since his former co-creative director Maria Grazia Chiuri became Dior’s seventh couturier, also hosted a book signing at the Metropol boutique, and made a personal appearance at Tsum.

He had plans to visit the Kremlin and its museum while in town. And given his penchant for Russian  icons, Piccioli planned to bring home typical matryoshka dolls and local jackets. “The more I buy the better it is, as I am shopaholic,” he said.