Valentino’s Numbers Up; Firm Not on the Block

Fashion house is about to post a double-digit jump in sales for 2010. 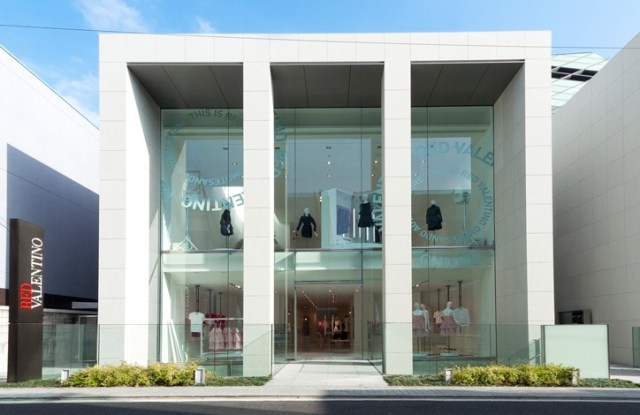 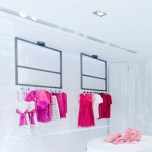 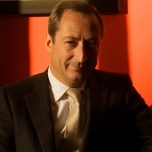 TOKYO — Valentino is about to post a double-digit jump in sales for 2010.

Valentino Fashion Group chief executive Stefano Sassi, who flew here to fete a new freestanding store for the house’s diffusion line, Red Valentino, with a cocktail party Thursday night, said last year provided “satisfaction” and the house’s sales are set to grow about 20 percent to 275 million euros, or $375.67 million. Final numbers are due in the coming weeks.

The house, which has undergone several restructuring efforts and ownership changes in the last decade, saw sales drop 11 percent in 2009. Its parent company, Valentino Fashion Group, posted losses in 2008 and 2009.

The 2,475-square-foot Red unit, featuring all-white interiors and vintage furnishings, makes its home in the trendy Aoyama neighborhood. The boutique is on the ground floor while the second level features a showroom and event space leading up to a rooftop terrace. Although the brand has shop-in-shops and corners in the region, this is Red’s biggest statement store in Asia, according to Sassi.

The ceo also dismissed recurring speculation that Valentino Fashion Group’s primary shareholders, private equity fund Permira and certain members of the Marzotto family, are looking to sell the house. The executive said Valentino Fashion Group is turning around and is on track to post another year of growth in 2011.

“I think [the current situation] will stay this way. Besides [the shareholders themselves] have confirmed that this continues to be a long-term project,” he said.

The executive was less resolute when it came to the future of Valentino Fashion Group’s 45 percent stake in Proenza Schouler, which is also rumored to be on the block. Most recent talk has Andrew Rosen of Theory negotiating to buy the stake

“I don’t know, we’ll see…It’s going well. Proenza is growing,” he said of Valentino Fashion Group’s investment in the label.

Returning to the business in Japan, Sassi acknowledged the market here is definitely challenging and consumers are becoming more selective in their purchases. But he said he still sees growing room for both Valentino’s first line and the lower-priced Red collection.

“The average spending of the Japanese luxury customer is very high so probably there can be a bit of a rebalancing in the future. But this doesn’t mean that there isn’t space for companies that do luxury. It’s the opposite,” he said, adding that Japan accounts for about 10 percent of Valentino’s turnover.

Sassi said he thinks the Red line will work well for Japanese consumers. Ultragirly confections heavy on pink and ruffles figure prominently in the spring-summer collection, which is designed by Maria Grazia Chiuri and Pier Paolo Piccioli. The clothes are the same as those sold elsewhere in the world.

“I think this line, from the taste point of view caters well to the characteristics of this market,” he said.

Sassi declined to give a sales forecast for Red but he said it’s still a small percentage of Valentino’s overall turnover and the first line accounts for about 85 percent of the total. Red sales points include Neiman Marcus, Saks Fifth Avenue, Harrods and Isetan. It currently has flagship stores in London, Rome, Hong Kong and Singapore.