MILAN — Pierpaolo Piccioli’s goal of syncing Valentino more with the times while maintaining its codes will be further emphasized by a new brand experience in Beijing.

The “Valentino: Re-Signify Part Two Beijing” interactive experience will be unveiled on Oct. 16 and will be open to the public from the following day until Nov. 7 at SKP-South’s T-10 exhibition space.

“I believe that fashion has a great communication power, but this power is strongly linked to contemporaneity. In order to be relevant, you should be aware of and witness the world around you. Evolution is a fundamental part of what I like of fashion, so to re-signify is a natural attitude toward the future,” said Piccioli, creative director of the Rome-based couture house. “Re-signify means to look at what you know with a new lens. Valentino has an important archive that is a constant source of inspiration, but inspiration needs to be directed and worked with a different approach. Re-signification is my own personal work process by which the signs of today create the foundation of what can become the signs of tomorrow.” 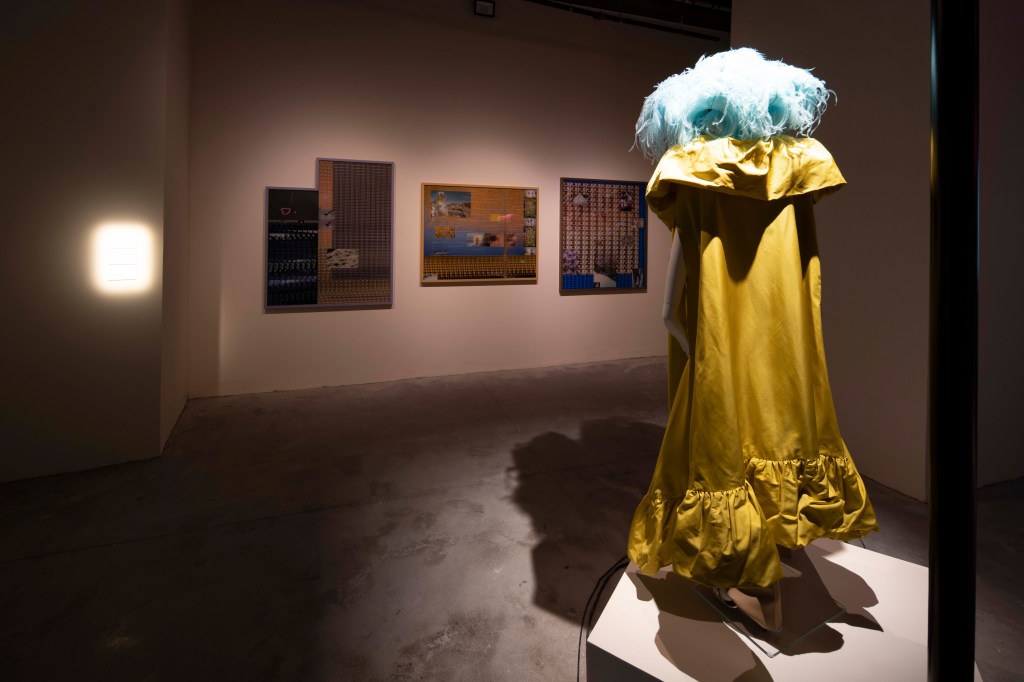 “This is a second chapter and we worked on it in a different way as the conditions are different — it’s not a second version of the same,” underscored Jacopo Bedussi, referring to “Valentino: Re-Signify Part One Shanghai” held from Dec. 19, 2020, to Jan. 17, 2021.

Bedussi was once again tapped to curate the experience, along with Mariuccia Casadio, but he explained the organization of the Shanghai event was more complicated due to the stricter restrictions caused by the COVID-19 pandemic in Italy and China. More digital and video assets were presented “out of necessity.”

For Beijing, the curators worked to showcase three Valentino pillars, the V logo, the atelier and the signature stud, “imagined as pebbles thrown into a pond producing ripple effects” throughout the space. Clothes from the Act Collection, the couture and the archive will be on display with the art creating “an optical illusion, a reflection, a mirage,” said Bedussi, playing with “light, shadows, darkness and the way in which the light interacts with materials and with the surfaces.” 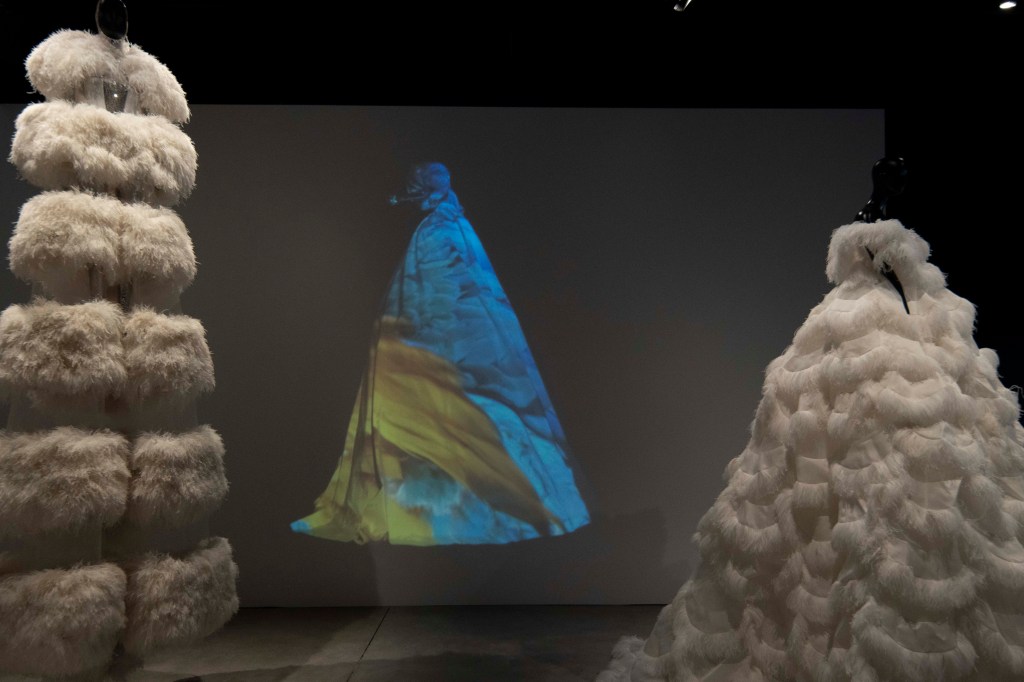 Casadio underscored the power of the location, with a space that covers 43,200 square feet and allows to emphasize “natural light as a vital element,” with a long glass window and mirrors.

Digital artist Gioele Amaro, whose focus is the perception of images and the fallibility of the human eye, is an example of the multimedia experience offered by Valentino. In the six works exhibited in Beijing, “digital design is expressed in physical artifacts that become metallic and reflective surfaces, convex or irregular deforming mirrors or crumpled aluminum sheets,” underscoring the deceptive nature of light, said Casadio. “Reflections and refraction are the same effects emanating from the six dresses placed in relation to the works,” three from the Valentino Daydream couture collection and three from the Grace and Light couture lineup, “which, when struck by the movement of daylight coming from the large glass window that illuminates the space, produces a continuous variation of their physical presence.”

Nature and the human body, also portrayed in classical sculpture, will be a focus, said Bedussi. For example, artist Xu Zhen overturned the tradition of classical sculpture by combining examples of Western and Asian traditions “into a single, bizarre and twisted whole, an oversize and surreal body, just as the hypothetical body wearing the monumental six-meter high white dress from the Valentino of Grace and Light [couture collection.]”

The relationship between clothes and the works is “not analytical, but legible, or rather intuitive,” explained Bedussi.

In fact, the space is an open structure that does not have a predefined path, but rather invites viewers to explore following their own inclinations.

“Shanghai 2020 was the first step into something that is evolving into other chapters like Beijing 2021. Artworks and artists from different backgrounds, the relationship between the works and the clothes is something extremely powerful and inspiring. Within the Beijing exhibition, visitors will be able to walk through different moments of our brand history, not just in a chronological display but with an emotional involvement,” said Piccioli. “The relationship between the artworks and the clothes perfectly merge with the city that is human poetry and life, in the way it holds within its traditions and innovation. A city in which communities continuously redefine themselves by producing new codes.” 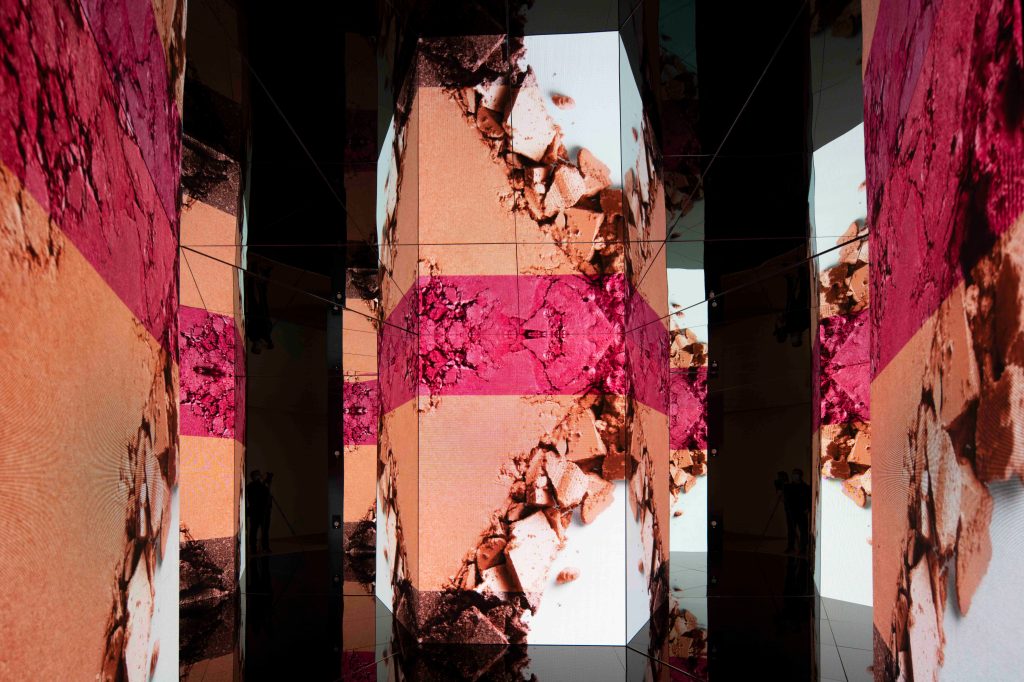 “Fashion is fashion and art is art, they can be in a dialogue but they are two different and distinct things and Pierpaolo Piccioli always underscores this,” said Bedussi. “They do not mix, but there are connections.”

The connections, continued Casadio, are “immediate and intuitive, not literal.”

The company is launching a Valentino SKP capsule collection to mark the brand experience. Inspired by the Valentino Act Collection for fall 2021, the capsule is re-signified in the limited color gold and white, for both men’s and women’s wear, as well as a range of bags and shoes. The collection will be exclusively available in SKP South’s T-10 exhibition space with special installations.

Also, a Valentino Beauty store opens today at the SKP main building in the beauty area.

Last month, CEO Jacopo Venturini said greater China helped drive a strong performance in the first half, together with the U.S. and the Middle East, as well as online sales. Revenues increased 64 percent in the first half of 2021 to 574 million euros, almost flat compared with 2019.

“We are underexposed and have a strong potential to grow in mainland China,” said Venturini at the time. “In the last year, we started exploring new locations like Shenzhen and we are looking into requalifying locations such as Hangzhou where we are already present.”

In Mainland China there are 27 Valentino directly operated stores and five franchised units.

Venturini sees new opportunities in China in cities such as Shenzhen in 2022; Wuhan in 2023, and Guangzhou.