Valentino Updates Its Look in Milan

Flagship is the brand's first to reflect the design aesthetics of creative directors Maria Grazia Chiuri and Pierpaolo Piccioli. 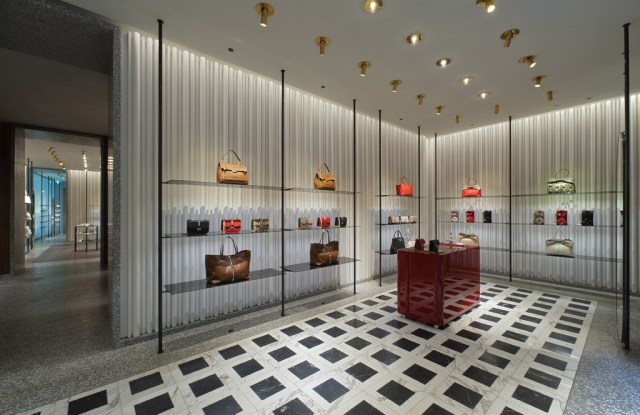 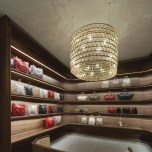 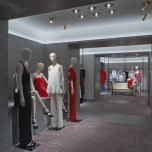 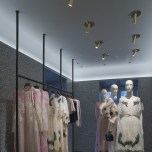 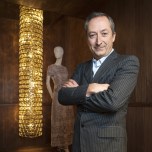 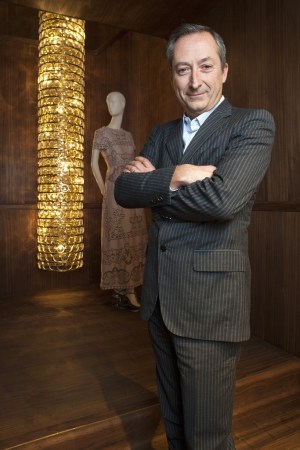 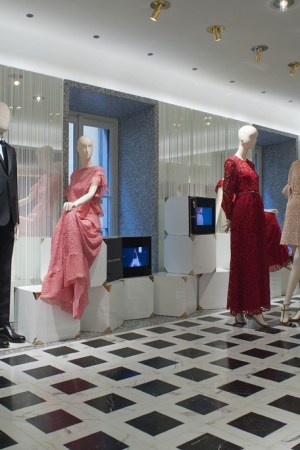 A look inside the Valentino flagship store in Milan.

MILAN — Valentino has reached another milestone with its newly refurbished store here, which opens today.

The flagship, located on Via Montenapoleone, is the brand’s first to reflect the design aesthetics of creative directors Maria Grazia Chiuri and Pierpaolo Piccioli. It also represents the brand’s renewed focus on its own retailing, with plans for significant investment in opening stores over the next three years.

Dollar figures were converted at average exchange rates for the periods to which they refer.

“These are important steps and we can now accelerate our investment process and transfer the message of contemporary coolness around the world,” he said.

Valentino’s solid performance continues to fuel talk of a possible sale, with speculation mounting around Puig looking at the company’s dossier. Permira took control of the brand in 2007, and Sassi reiterated that, given the nature of private equity firms, a sale will eventually take place, but “not now, it’s too early. Valentino is growing in acceleration and creating value for shareholders and it makes sense to continue to grow it, and the more it does, the more we get interested parties.”

The priority this year and next, as well as partly in 2014, is to revamp Valentino’s network of stores along the lines of the new concept. While declining to provide a specific figure for the amount invested in the Milan unit, Sassi said the company will invest 30 million euros, or $39.7 million, in 2012, and the same figure the following year between redoing stores and opening new ones.

Over the next three years, the company plans to unveil 40 to 50 stores in new markets such as Brazil, with two units in São Paulo and one in Rio de Janeiro. “This is a supervivacious market, where Valentino has a historical presence,” said Sassi. He sees opportunities in areas such as China, where there are already 20 stores. A unit opened in Beijing’s Shin Kong Place two months ago.

The U.S. accounts for 25 percent of sales, representing the brand’s largest market, followed by Asia (16 percent) and Japan (10 percent), with the rest derived from Europe and the Middle East.

There are currently 91 directly owned Valentino stores (of which 19 are Red) plus 30 franchised ones. Retail accounts for 50 percent of sales. The brand is also available at 250 points of sale globally. Retail and wholesale revenues are evenly split.

The Milan flagship, the opening of which follows the refurbishing of a smaller store in Beverly Hills at the end of December, has been expanded to cover 10,800 square feet and replaces a former concept that “dates back to more than a decade,” said Sassi. New York’s Madison Avenue store is the next in line to be revamped and will open this year.

The Milan store has been redesigned as a Roman palazzo embellished with gray Venetian terrazzo with Carrara chippings, timber parquet, a stunning wood staircase, marble in black and white chessboard patterns and brass chandeliers.

Yet for all its luxurious decor, the venue maintains a contemporary and intimate mood — a priority for Chiuri and Piccioli, who stepped into their current role in 2008 after Valentino Garavani retired. The duo worked with architect David Chipperfield on the store’s design.

“We wanted an architect, not a decorator, and he succeeded in translating our vision in a store that expresses the values of the brand today, but is also projected towards the future, defying time,” said Chiuri, praising Chipperfield’s ability “to synthesize” their ideas. Piccioli concurred, explaining that “the essence is the idea of couture, meaning care and intimacy and personalization of timeless luxury. It’s a sumptuous space, but because of its execution and not as much because of its decoration.”

Chipperfield said that when he started talking with the designers about the project three years ago, they “took heritage into account, but thinking forward. It’s difficult to do something new in retail, everything has been tried. We wanted to make a house, escape the feeling of a showroom, design a palazzo in the spirit of Valentino and bring architecture forward.

“We wanted to give a sense of permanence, which is counterintuitive and different because it responds more to architectural solidity rather than ease of construction and notion of change,” usually associated with fashion and retail. Chipperfield also said he was inspired by Italy’s “great design period” from the Fifties and Sixties, and architects such as Gio Ponti and Franco Albini. “The use of carbon fiber is an homage to that,” said Chipperfield.

To mark the opening and Valentino’s 50th anniversary this year, the designers created a capsule collection which reedits historic prints from the house.