Van Cleef & Arpels’ retrospective exhibition, “The Spirit of Beauty,” features scores of its dazzling jewels as well as high-tech twists. 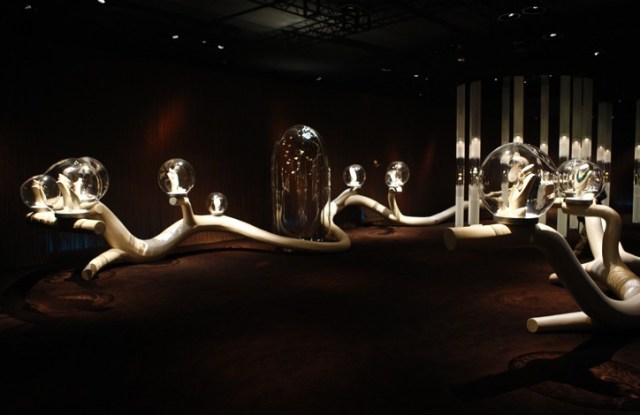 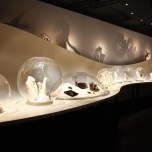 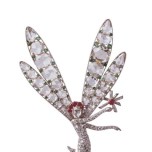 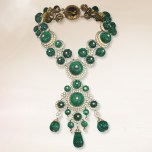 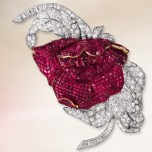 TOKYO — Van Cleef & Arpels’ retrospective exhibition, “The Spirit of Beauty,” features scores of its dazzling jewels as well as high-tech twists like a three-dimensional video commentary from Catherine Deneuve.

The exhibit chronicles more than 100 years of the Parisian jeweler’s history and consists of more than 250 pieces, culled from the Van Cleef & Arpels archives and private collectors around the world. It opened Saturday and runs through Jan. 17 at the Mori Arts Center Gallery in the Roppongi Hills complex here before traveling to New York, Beijing and Paris.

“I think that Winston Churchill said it right,” said Van Cleef & Arpels’ president and chief executive officer Stanislas De Quercize. “He said the branches of the tree cannot go further than the roots.”

The jeweler extends that botanical logic to the exhibit itself. Patrick Jouin designed the displays, featuring polyester tree branches and irregularly shaped glass orbs resembling dew drops. Standout pieces include a 1937 Mystery Set Peony clip featuring 239 diamonds and 706 rubies set in gold and platinum and a 1971 necklace of carved emeralds and diamonds that belonged to Princess Salimah Aga Khan. There is also an assortment of delicate butterfly clips designed by Japanese artist and lacquer master Hakose San.

Jewelry pieces from style icons such as Grace Kelly, Marlene Dietrich, Jacqueline Kennedy Onassis and Maria Callas also figure prominently in the exhibition. There are other items donned by celebrities in more recent times such as a turquoise, diamond and gold necklace Eva Mendes wore to the Golden Globe Awards earlier this year.

De Quercize declined to discuss how Van Cleef & Arpels’ business is performing in the current environment, but he did say he’s sure the market for luxury goods will rebound at some point. The company, which is part of Compagnie Financière Richemont, has survived its share of disasters — including two world wars — through its history, he pointed out.

“We know that [the market] will come back, so what we have to do is focus and be very creative,” he said, adding Van Cleef & Arpels was the first Western luxury jeweler to establish a presence in Japan, in 1973.

Bernard, the incoming ceo of Van Cleef & Arpels Japan, underlined the importance of staging the exhibition now. “The market being the way it is, people need poetry,” he said. “Especially these days we have to open our treasures.”