“It’s necessary to be flexible and open to all ways of helping people,” said Adrian Joffe, chief executive officer of Dover Street Market and president of Comme des Garçons International, disclosing the developments exclusively to WWD. “A lot of people wish to join the family and I’m looking worldwide.”

Joffe, who discovered Weinsanto at the tail end of Paris Fashion Week last March, is initially offering only showroom space at 6 Place Vendôme during the next round of shows in the French capital, giving the young Frenchman access to all of DSMP’s customers.

What does DSMP get? In Joffe’s view, “his personality and his energy makes the showroom more interesting. In the future, if we can help him with production, we will.” 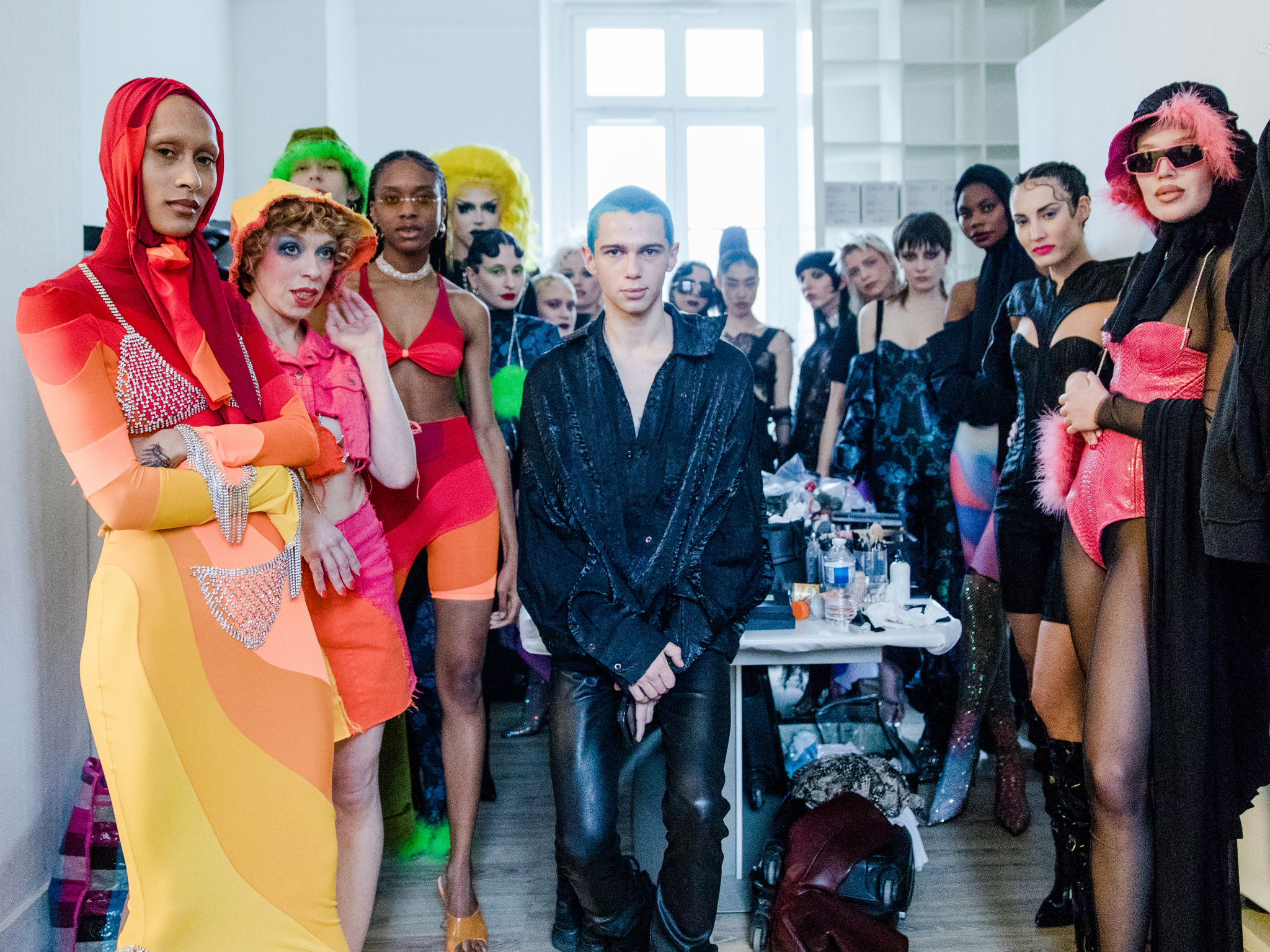 For Vaquera, DSMP will produce and distribute about half of the brand’s spring 2021 collection and distribute the couture pieces it produces itself. Joffe had already let Vaquera — designed by Patric DiCaprio, Claire Sullivan and Bryn Taubensee — use Dover Street Market New York for a last-minute catwalk event for its fall 2020 collection in February, foreshadowing the new collaboration.

Joffe describes DSMP as a “platform to change the system and be open to all different ways of working.”

“What I like is the organic nature of it — everyone at their own pace,” he explained in an interview at his Paris office. “It’s very free. I don’t want to own people.”

DSMP is wholly owned by Comme des Garçons, but it doesn’t own the brands under its umbrella. Rather it helps nurture original products, and has at its disposal a range of factories in France, Portugal and Turkey that it uses for some of its Comme des Garçons lines.

“Creativity is becoming even more important,” Joffe said. “I want to work with great people with a lot of talent.”

Come January 2021, Joffe plans to turn over its Trading Museum — a retail space in the same courtyard as the Comme des Garçons flagship on the Rue du Faubourg Saint-Honore — to these seven young and quirky labels. It will dub the space Dover Street Trading Market, making it the second Paris “outpost” of Dover Street Market after a perfume shop that made its debut last year.

“We’ll do events, signings and things as soon as we can travel,” Joffe noted.

Weinsanto, 26, trained at Atelier Chardon Savard Paris and has worked at Y/Project, Maxime Simoens and Chloé. After two years working with Gaultier, which he describes as his formative experience in the industry, he launched his Weinsanto label earlier this year and sold his first designs to private clients. He described the invitation to show in the DSMP showroom as an “honor.”

“It will be a great platform for me to show my work to many professionals I wouldn’t have otherwise had the chance to meet,” he said.

Trained as a ballet dancer as a child, Weinsanto describes his style as “between retro-futuristic and cabaret. What I wish to represent is something fun and joyful,” he said.