The vehicle will be showcased in the upcoming Neiman Marcus Christmas Book catalogue, and Chrysler will set up a dedicated concierge service to process orders. 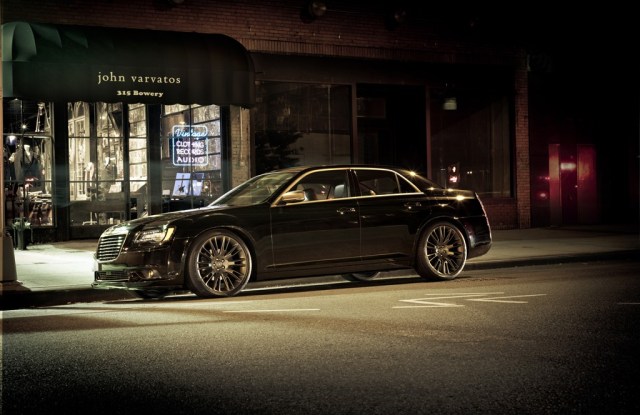 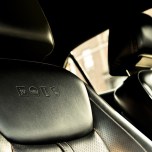 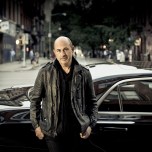 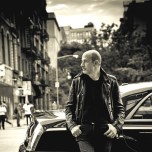 The designer has created a special-edition Chrysler 300C, which the carmaker will deliver to buyers in March. The vehicle will be advertised in the upcoming holiday issue of Neiman Marcus’s The Book catalogue. Chrysler will set up a dedicated concierge service to process orders.

The collaboration is the end result of a partnership between Varvatos and Chrysler that started last year when the designer appeared in a commercial for the Chrysler 300, as part of the automaker’s “Imported from Detroit” campaign. Varvatos is from Detroit and his two brothers and a sister still live there.

“I feel very connected to Detroit and I love the whole resurrection of the city,” said Varvatos at an interview at the Classic Car Club here on Tuesday, where press was given a look at the finished design. “On my visits to Detroit to work on this project, I was so impressed with how [Chrysler] is thinking about the future and going up against the Germans, which I think this car does and at a much better value. You can have luxury but have it at a value.”

Chrysler will make 2,000 of the designer sedans, which feature a custom-designed interior with perforated Poltrona Frau leather upholstery and a rare tri-coat paint process on the exterior. The car is available in two variations, the John Varvatos Limited Edition and the John Varvatos Luxury Edition, each in four color options: two shades of black, a gray and a midnight blue. Pricing has yet to be finalized but will be at the top end of the Chrysler 300’s range of between $28,000 and $43,000.

The Chrysler 300 designed by Varvatos forgoes the chrome finishes typical of luxury auto exteriors in favor of matte titanium accents inspired by one of the designer’s fragrance bottles. On the ground, there are muscular, 20-inch cast-aluminum wheels, while the LED taillights are blackened for a masculine look. The deck lid on the back is adorned with a subtle John Varvatos emblem, featuring the J.V. initials, a crown, a guitar and an “Est. ’00” logo.

Inside the car, a similar emblem is embossed on the seat leather. The instrument panel displays are modeled on a John Varvatos watch face, including a lighted, dégradé color scheme. A double-panel sunroof opens much of the roof to the sky.

Under the hood there is a Pentastar V-6 engine with an automatic eight-speed transmission usually only found in Rolls-Royce and 7-Series BMW offerings, said Saad Chehab, president and chief executive officer of the Chrysler brand.

“John is the perfect example to signify what we mean by imported from Detroit,” said Chehab. “His style has the grit, utility and ruggedness — but also the sophistication of execution — that is very much the Chrysler attitude. We don’t want to be the typical luxury.”