Eerie, unexpected, slightly sapphic — Vera Wang’s first effort in filmmaking is not aimed at traditionalists, and that seems to be the point. 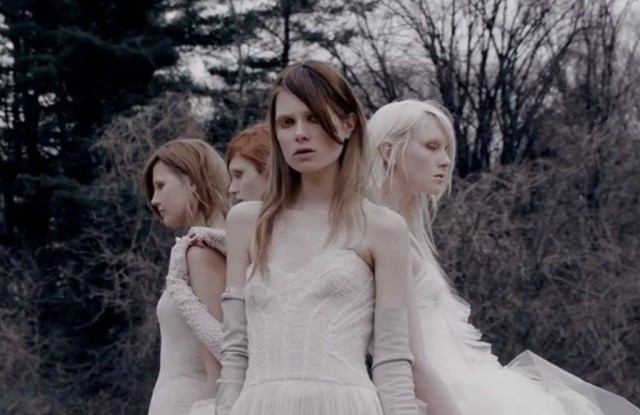 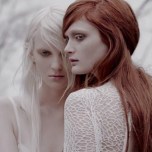 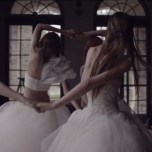 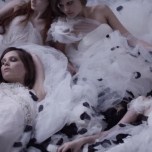 NEW YORK — Eerie, unexpected, slightly sapphic — Vera Wang’s first effort in filmmaking is not aimed at traditionalists, and that seems to be the point.

Created by Gordon Von Steiner, the 93-second short features four lithesome models at times entwined or within reach of each other on the Olmsted-designed grounds and in vacuous rooms at La Selva, an Italian Renaissance estate in Oyster Bay, Long Island. There is no trace of clinking Champagne flutes, jittery brides-to-be or adoring guests, and Son Lux’s “Easy” is the song of choice. Viewers will find a burning rose, a quartet of brides strewn with black rose petals and a shadowy dance, among other unexplained dalliances.

“This is not about the big veil and a bouquet of beautiful flowers, which, of course, we still use [in weddings]. This is a new way to look at bridal. It’s more contemporary,” Wang said. “These are beautiful, ethereal, sensual clothes. I hope that people will see there is a real sense of fashion.

“It was meant to be dreamy and edgy, because girls today are edgy,” she added. “I don’t think of bridal anymore as a niche. Hopefully, people will realize that these dresses can be worn for anything. They just happen to be white.”

The video, which went live on the designer’s Web site at noon Sunday, was a first for the bridal market, a biannual event held in April and October. Aside from wanting to use a different creative medium to tell the new season’s story, Wang said booking favored models as well as hair and makeup can be difficult at this time of year. A film that will also air in her stores, including the 10-day-old one in Beverly Hills, also will reach thousands more viewers than the typical bridal editor crowd.

“For a very long time, I have wanted to make a film instead of having a runway show. For years, for every runway show I have done, there has been a story and a point of view for ready-to-wear or bridal,” Wang said. “There is always an attitude depending on the mood, situation or story. That’s true of any designer. But I couldn’t seem to get that across in a traditional runway show.”

The film’s dreamlike pace is meant to emphasize the Madame Grès-inspired collection with its natural waistlines, silk tulle and airy draping. Eighteen dresses are shown in the course of the minute-and-a-half video, which is considerably faster than Wang’s usual nine-minute bridal runway show. “I know Marc [Jacobs] has showed 50 [looks] in six minutes, but bridal shows tend to go a little slower,” Wang said.

The designer said there is no subliminal message in her four-bride cast, and four grooms would have hiked up the budget. “It could be something like the Brontë Sisters,” Wang said. “It’s about a sisterhood of young women who are fashionable, affectionate towards each other and who like to be a little mysterious.”

Noting that brides are much more inclined to be married in vineyards, on islands and other nontraditional locales, Wang is more than willing to keep pace. Her previous collections have consisted of gowns in Chinese red, nude and all black. There was also one rooted in pastels that could only rival those of Ladurée macarons.

“My goddaughter bought a red dress and she is going to look beautiful,” Wang said.

With her first video all wrapped up, Wang is already considering her next project. “I’d like to do one for ready-to-wear,” she said.