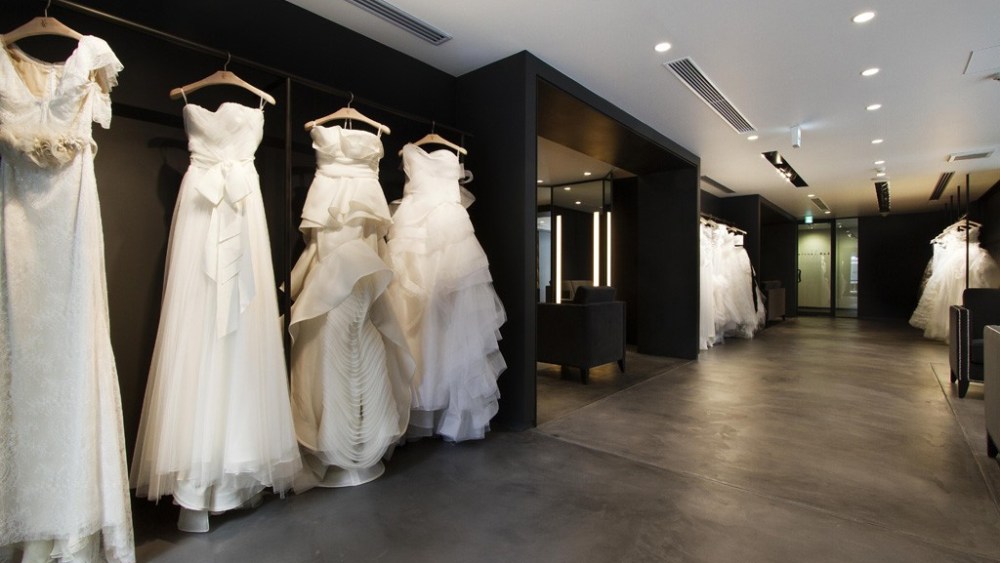 TOKYO — Vera Wang is ramping up its international expansion plans with new bridal stores as the company mulls the possibility of launching an international diffusion line for ready-to-wear.

The brand has just opened its first freestanding bridal store in Japan in the Ginza neighborhood here. The 1,355-square-foot store, which is fully booked with appointments for the first month, comes on the heels of recent bridal openings in London, Moscow, Sydney and Seoul. Vera Wang president Mario Grauso said the brand is just starting its global push and several more stores are in the pipeline for cities such as Abu Dhabi, Shanghai and Hong Kong.

“The expansion really comes out of Vera and I see so many international brides in New York, L.A. and London. We said, ‘You know this is out of control. We have to service them in their own part of the world,’” he said.

The executive, who recently wrapped up an international trip through Russia, the Middle East and Asia, also revealed that he is talking with potential partners about launching an international diffusion line of rtw. Although Grauso said he doesn’t think a deal is “super close,” he explained that Wang’s successful tie-ups with Kohl’s and David’s Bridal have provided him with confidence about the lower end of the price spectrum.

“I would love to see Vera’s DNA extend into something ready-to-wear and less expensive in these markets. Absolutely,” he said.

In the meantime, the company is pushing bridal in terms of retail expansion both in the U.S. and abroad. The firm recently signed a lease for a store in San Francisco’s Union Square, and Grauso said the company is close to a lease for Miami. Later this year, it will open in Shanghai and Hong Kong — the latter boutique will feature an outdoor courtyard. The brand is also preparing to open in Abu Dhabi, Kuwait City, Singapore and Monterrey, Mexico. Grauso is currently looking for locations in Dubai and Beijing. He also said he is eyeing further possibilities in China’s second- and third-tier cities; Beirut, Lebanon and Texas.

Although he would not disclose sales figures, Grauso spoke with great optimism about the international market potential for the brand. Brides in the Middle East and Asia are much more likely to make a splash with lavish wedding gowns — and additional dresses for receptions — than their American counterparts, he explained. Grauso said Wang’s lower-priced dresses don’t sell as well internationally, where the “sweet spot” ranges from about $8,000 to $12,000. He said the company sells more $25,000 dresses, featuring intricate beadwork and other details, in foreign markets than in the U.S.

“I think there is no price-point issue internationally,” he said. “I feel the bigger the wedding, the more the bride has to dress for the scale of the wedding.”

Grauso said he has watched Wang become “a little more extravagant” in her designs to better cater to an international customer. He also said the company has broadened its assortment of eveningwear to offer brides a complete package.

“We have expanded the evening assortment to really deal with the fact that most of these brides change into an evening gown. That is not the case in the U.S.”

In line with the brand’s current retail concept, the Tokyo store features graphite concrete floors, charcoal gray walls and blackened steel accents. Open by appointment only, it carries Wang’s full bridal range of more than 40 gowns as well several red dresses she designed specifically for Asia, where brides often incorporate at least one red look into their wedding wardrobes.

In response to the demands of the local market, Vera Wang is testing out the gown rental concept here in Japan. Grauso said he and Wang were resistant to the idea at first but they ultimately decided they should at least try rental. So far, it is limited to just three or four styles.

As it does in all international markets, Vera Wang teamed with a local partner, Japanese bridal company Hatsuko Endo, for the Ginza store.

In April, Grauso mentioned that Wang was in talks for a television project in China. He said the designer has received a couple of different offers but it would be extremely difficult for her to carve out enough time to go to Asia and film anything.

“Every time I come over here, I feel like I end up in a meeting to talk about ‘could Vera do TV’….I don’t think it is going to happen in the near future,” he said “I have a hard time getting a day with Vera. She is so busy.”