Versace Back in Expansion Mode

The Italian fashion house returned to profit last year, and the family is eyeing ways to grow globally. 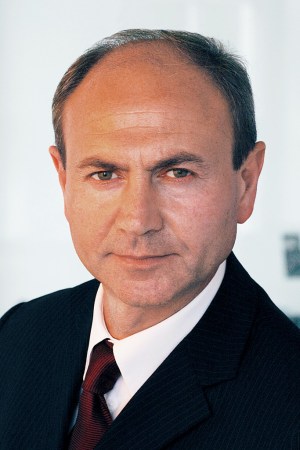 MILAN — Versace is in expansion mode but for now has no plans to take on an investor or go for an initial public offering.

The Italian fashion house returned to profit last year and the Versace family is eyeing ways to grow globally — including the possibility of an IPO at some point in the future. But in the meantime, the owners have no intention of relinquishing control even as they look for ways to fund further growth.

“Clearly, the company is in good shape and we are looking at ways to enhance and add impulse to the growth,” said Gian Giacomo Ferraris, chief executive officer of the Milan-based firm, on Thursday evening. “The family is evaluating possible alternatives, talking to advisers and banks, together with the management, but is not seeking a partner.”

Ferraris was responding to an article in Italy’s weekly Il Mondo due out on Friday that said Versace had tapped Goldman Sachs to find a financial partner that would take a 30 to 40 percent stake in the company with the goal to go public in two to three years.

“The family has no intention to sell any shares. It wants to be entirely independent and maintain 100 percent control over the company,” Ferraris said firmly. “We have given no mandate to anyone.”

The executive, who started restructuring the company in 2009, said there are “many ways to identify financial resources. We have banks close to us that can help us and we have credibility. We speak to banks as a normal procedure. We are defining the processes. Who knows, in the long run it could all lead to a public listing.”

He reiterated that the owners — siblings Santo and Donatella, who hold a 30 and 20 percent stake, respectively, and Donatella’s daughter, Allegra Versace Beck, who owns 50 percent — “want to enhance and maximize this positive moment.”

The current year has started well, as the U.S. market grew 30 percent in the first quarter, for example, said Ferraris.

Talks about a possible Versace IPO have surfaced repeatedly over the years, as the family was pursuing that plan until Gianni Versace’s tragic death in 1997. In 2004, Versace took initial steps in that direction, appointing Lazard and Credit Suisse First Boston to find a minority investor with the eventual plan to take the company public, but the project fizzled. In 2006 and 2007, the Bourse once again emerged as a possibility for the company, until it hit a rough patch in the following few years.

Despite the uncertain economy, currency fluctuations and unstable markets, sources here say Versace could indeed be looking at an IPO — especially given the strong stock market performances of newly public fashion firms such as Michael Kors in the U.S. and Salvatore Ferragamo and Brunello Cucinelli in Italy.

“It’s not surprising, in light of the steps taken so far, streamlining the company’s structure and given its recent strong performance,” said one industry source.

Another source said “the operation would make absolute sense. Versace needs to invest to further grow the company, but it needs to look for a cash injection.”

One Milan-based analyst said banks are “fishing for opportunities,” especially following the recent string of fashion IPOs. Versace is the “ideal target, as it’s been restructured, it’s a global brand and the designer is still working within the company,” said the analyst.

Commenting on year-end results in March, Ferraris said growth in established markets like the U.S., as well as in new regions from Brazil to Asia, helped Versace return to profit in 2011, posting earnings of 8.5 million euros, or $11.8 million, compared with a loss of 21.7 million euros, or $28.6 million, in 2010.

“Given the strong signals seen in the first three months of the year, and in light of the foundations we have set to grow in the future, the company targets double-digit sales growth for the next three years,” said Ferraris at the time.

The company plans to invest in the expansion of its retail chain, with a flagship to open in New York’s SoHo neighborhood this summer, and a Versace Collection unit set to open at Beverly Center in Los Angeles. Retail investments in 2012 include the opening of 10 units in Greater China and Southeast Asia; a Versace Collection store in Milan, and four new stores in the Middle East — in Beirut, Kuwait, Dubai and Abu Dhabi. The company plans to refurbish its Paris boutique at the end of September, and to open three or four corners in Japan, a market it exited in 2009 and reentered last year. Versace is also entering South America and Korea this year.