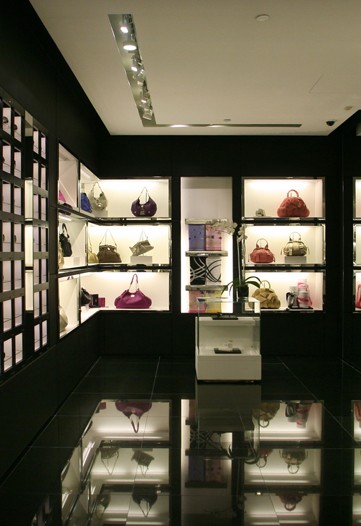 The luxury fashion brand opened a 4,000-square-foot store last month at NorthPark Center to replace a smaller unit at Galleria Dallas that launched in 1995.

The Galleria lease was up, and the company chose to move rather than renovate the store’s dated gilt decor, said Laura Manelli, global retail director for Versace in Milan.

“We think NorthPark can be the right future,” Manelli said.

The Versace boutique is unique among the brand’s eight stores in the U.S. It has the largest home-furnishings department outside the New York flagship and is the only store that doesn’t carry men’s. Handbags are prominently displayed at the front, with women’s shoes and ready-to-wear in the middle.

The decision to devote about 600 square feet to china, crystal and furniture resulted in the elimination of men’s goods, Manelli said, adding the home line typically produces $20,000 a square foot in sales.

“We decided at the beginning to sell only women’s and give more space to the home collection,” she said. “It was a good idea because in Dallas we always had requests from clients for home. We do have storage space in back that we can probably dedicate to men’s in the future.”

The 2,900-square-foot Galleria unit had little space for the home collection, she said.

Sales expectations are “high” despite the lagging economy, Manelli asserted.

“The business in the U.S. is flat in total, and Dallas is flat,” she said. “For the new store it is very early to tell, but for the first two or three weeks it is going well….The only thing I can tell you is I am very positive, because we have to be.”