The fashion label is returning to Japan and making a statement in Ginza. 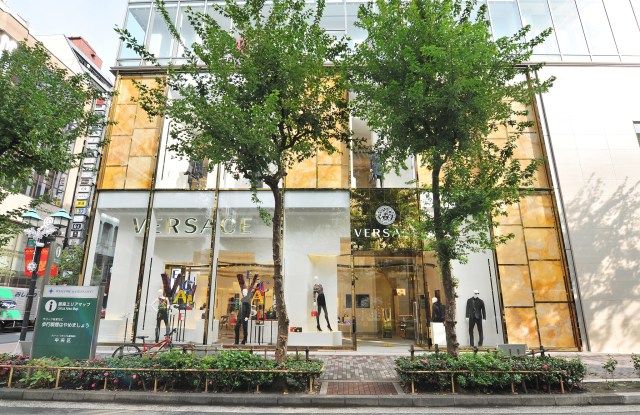 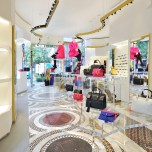 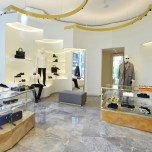 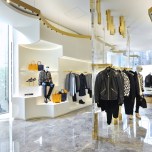 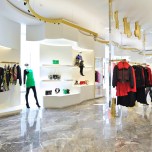 TOKYO — Versace is officially back in Japan.

After closing its four stores in the country and pulling out of the market in 2009, this year it opened three stores in Tokyo: Versus Versace in April, Versace Home in July, and now a flagship store for its main line.

“Even if it’s true that we have had Versace Japan since three years ago, in reality it was a dormant presence just to control the media and to create the warm-up in terms of organization…and to taste the market and so on,” said Gian Giacomo Ferraris, the company’s chief executive officer, referring to a soft entry into the market in 2011 that was followed by a few department store corners. “But in reality the re-entering came when we opened [Versus Versace] in Aoyama.”

Ferraris said that Versace’s strategy in Japan is now in line with what it is in the rest of the world: namely, to position itself as a fashion, luxury and lifestyle company. He said having stores in Tokyo representing all three of its lines is essential to this strategy, and stores in other cities in Japan will follow in the coming years.

“It’s such an important country,” Ferraris said. “For our competitors, it represents a minimum of 20 and above 30 percent of their turnover, so can you imagine how important is this?”

Ferraris said that within the next three to five years he aims to grow Versace into a 1 billion euro company, and that he expects Japan to eventually account for 20 to 30 percent of total revenue.

The Versace flagship, located in the glitzy Ginza neighborhood, has an area of about 4,630 square feet on three floors. The lower level has a Byzantine marble mosaic floor, which Ferraris says represents the brand’s history and DNA. Curved perspex shelving and partitions lend a more modern look, representing the future of the brand. Brass accents and a staircase with matte and shiny gold-colored walls finish off the space. Clothing and accessories for both men and women are stocked at the store.

Ferraris said that additional openings in other cities in Japan will focus first on Versace’s main line.

“Seventy percent of our revenue is done by our first line, so we have not the issue of cannibalization of a second line that is bigger than the first line,” he said.

“We have waited to have the right products, the right financial power to match our products and to compete in the right location,” the executive said of the company’s re-entry into Japan.

Looking elsewhere in Asia, Ferraris said Versace’s business has not been greatly affected by the recent economic slowdown in China.

“It’s true that due to the anticorruption and so on there are fewer tourists in Hong Kong, also because of the strike of last year. But for us we have a quite balanced presence and we are growing double digits also this year,” he said, noting that greater China makes up 38 percent of the company’s business. “And if it’s true that there is a certain apprehension, we are not closing any stores in China and we think that China will be a market where also secondary cities will continue to grow. And we are really continuing to invest also in China.”

In regards to preparations for a possible initial public offering, Ferraris said so far no timeline or market has been decided upon, but that he wants to be ready for when the right time comes.

“Still, it is a family business, because 80 percent is owned by the family. And it takes time to prepare because it’s a question of discipline and attitude, to communicate and to be transparent. And it’s also a question of systems and organization,” Ferraris said. “So we are preparing. What we want to be is a company prepared to do an IPO. This is our goal.”