She terminated the contract as some clothing designed by Versace are "suspected of damaging China’s sovereignty and territorial integrity."

“Our company and Ms. Yang found online that ‘some clothing designed by Versace are suspected of damaging China’s national sovereignty and territorial integrity.’ As a company of the People’s Republic of China and Ms. Yang as a citizen of the People’s Republic of China, we feel very angry!” said a statement issued by her studio on Weibo, which amassed more than 46,000 shares and 28,000 likes within two hours.

It started with an image of a Versace t-shirt that began to circulate on Weibo. The t-shirt was printed with Vercase’s store locations across the world. It listed Beijing and Shanghai as part of China but didn’t include Macau and Hong Kong. Instead, the brand mistakenly labeled them as separate entities. It soon infuriated China’s online community just as Dolce & Gabanna and Phillipp Plein did. 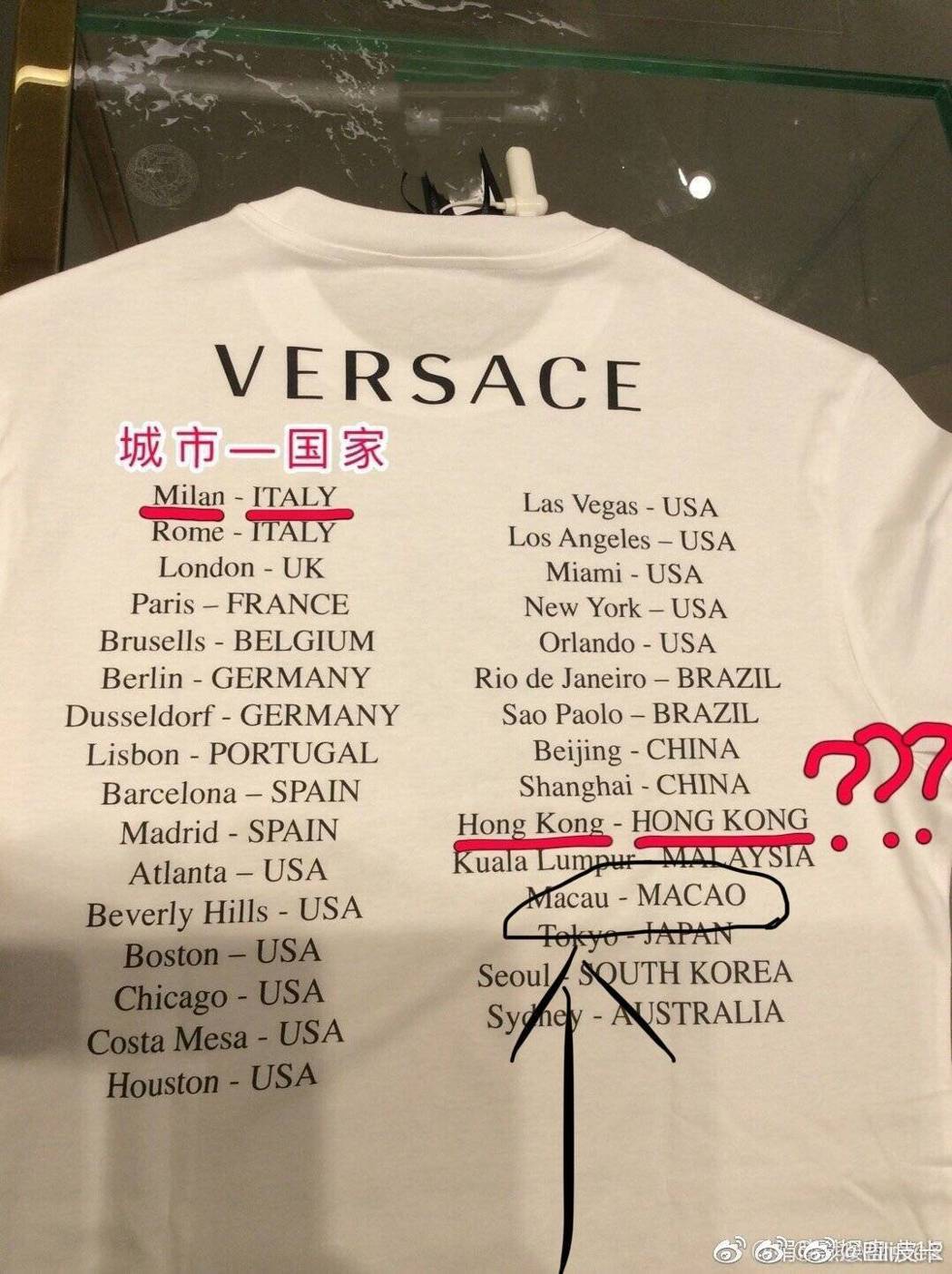 Image of a Versace T-shirt that circulated widely on China’s social media platform Weibo. Many Chinese see it mistakenly list Macau and Hong Kong as separate countries to China.  Weibo

In response to the situation, the statement said: “Our company and Ms. Yang have issued a ‘notice of dissolution agreement’ to the Versace brand, and have terminated all the cooperation with the brand.”

Versace apologized on Weibo shortly after Yang’s announcement and said all the wrongly produced t-shirts have been removed from sale and destroyed worldwide. “Versace reiterates that we love China and resolutely respect the sovereignty of China’s territorial state,” the brand added.

The t-shirt, priced at 250 pounds, however, is still available in market places, such as Matchesfashion.com. The product description said the t-shirt “is printed with an ornate Medusa head cameo crest flanked by two cross motifs,” and “lists the label’s global store locations.”

In other situations, such a geographical mistake would be overlooked, but this incident came at a very sensitive time as the ongoing Hong Kong protests and escalating Sino-America trade war have put the every move of China’s public figures such as Yang’s under the spotlight. The authorities have also recently banned Chinese filmmakers and actors from attending Taipei’s Golden Horse Awards, which is considered the equivalent of China’s Oscar, this year, as a Taiwanese winner gave a pro-independence speech at last year’s ceremony.

“At any time, China’s territorial integrity and sovereignty are sacred and inviolable, and even more inseparable!” the statement added.

She was appointed the brand’s first China ambassador on June 24. Prior to that, Yang was the face of Michael Kors in China.

Versace apologized on Instagram to its 19 million followers ten hours later. “The Company apologizes for the design of its product and a recall of the t-shirt has been implemented in July. The brand accepts accountability and is exploring actions to improve how we operate day-to-day to become more conscientious and aware,” it said.

Donatella Versace added that “I am deeply sorry for the unfortunate recent error that was made by our Company and that is being currently discussed on various social media channels. Never have I wanted to disrespect China’s National Sovereignty and this is why I wanted to personally apologize for such inaccuracy and for any distress that it might have caused.”