Versace Taps J.W. Anderson for Versus

London-based designer is to show capsule collection in New York. 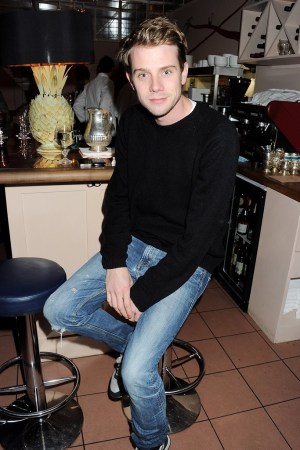 MILAN — As part of its new strategy for Versus, Gianni Versace SpA has tapped London-based Jonathan William Anderson to design a capsule collection for the younger brand, which will be unveiled with a presentation event planned for next spring in New York. Anderson, who goes by J.W. Anderson, won the Emerging Talent Award for Ready-to-Wear at the 2012 British Fashion Awards earlier this week.

The Versus collection designed by Anderson will comprise both women’s and men’s ready-to-wear and accessories and be sold online at versus.it and at top department and specialty stores worldwide.

“I keep a close eye on young talent, and have been impressed by Jonathan’s work over the last couple of years,” said Donatella Versace. “Versus is all about fun, change and digital. I can’t wait to present this collaboration!”

Born in Northern Ireland in 1984, Anderson studied men’s wear at the London College of Fashion, graduating in 2005. He launched his J.W. Anderson fashion label in 2008.

Earlier this month, Versace parted ways with Scottish designer Christopher Kane, who had a hand in the brand since 2009.

The Milan-based firm is repositioning Versus as a season-less line with a strong digital element that will be designed by Donatella Versace in collaboration with a number of young designers, stylists and creative talents. Anderson is the first of the series.

Speaking of the forthcoming capsule, Anderson said he was particularly inspired by a campaign image shot by Bruce Weber in 1996 featuring Stella Tennant in a sleeveless cowboy shirt and tie and white jeans, standing next to a shirtless male model.

Together they will develop capsule collections, co-branding projects and limited editions under the Versus moniker.