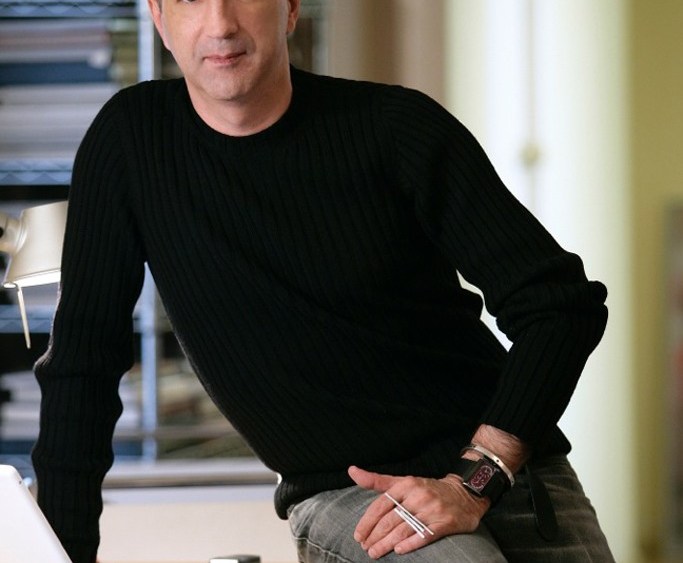 Talk about wearable art: A growing number of museum boutiques are showcasing jewelry pieces designed by artists. Spanish jeweler Chus Burés is the man many turn to in order to transform their ideas into objects. Frequently working in silver, he specializes in collaborating with kinetic artists, whose work depends on the interplay of movement and light.

“Kinetic art is strongly related to design,” he says, explaining the synergy between the two disciplines. “You can’t improvise. I mean, when you design a plane, you don’t improvise while you are constructing it.”

Recently, Burés worked with 11 of the artists featured in “Dynamo,” a group exhibition of kinetic art that just wound up a three-month run at the Grand Palais in Paris, to create jewelry that was sold in the museum’s boutique.

A selection of those pieces — including designs by Julio Le Parc, François Morellet and Sérvulo Esmeraldo — is now available at the Fondation Beyeler in Basel, Switzerland.

“There is a real trend for wearing artists’ pieces, because they are limited editions of 10 or 20,” Burés notes. “In Europe and America, ladies really like to have a piece designed by an artist because it has a value as a piece of art, and on top of that, it really stands out.”

Born in Barcelona, Burés rose to fame when he created the sterling silver hairpin used by the heroine of Pedro Almodóvar’s 1986 film “Matador” to murder her lovers. “I still sell it. It’s a door opener, that hairpin. It’s incredible — everyone knows it,” he says.

In recent years, he has specialized in collaborations with renowned artists such as Louise Bourgeois, Santiago Sierra, Jesús Soto and Miquel Barceló, earning a following among collectors in the U.S., France, Switzerland and Germany. His creations are in public and private collections including the Stedelijk Museum in Amsterdam, and have been featured in exhibition such as “Picasso to Koons: The Artist as Jeweler” at the Museum of Arts and Design in New York. The pieces sell for 1,000 euros to 200,000 euros, or $1,300 to $260,000 at current exchange, depending on the artist.

Having learned his trade in a Barcelona workshop that manufactured Elsa Peretti’s designs for Tiffany, Burés moved to Madrid in the Eighties and began designing his own collections, many of them made with industrial discards.

His first artist’s commission came from Bourgeois, who asked him to help her re-create a necklace from the Forties to mark her exhibition at the Reina Sofía museum in Madrid in 1999. He was instantly hooked on the creative process of collaborating with artists.

“I experiment with them. It’s not that I receive their designs and I produce them. It’s a collaboration, which is what I like,” Burés says.

More recently, he worked with Sierra on creating a sterling silver ring, cuff links and pendants spelling out the word “No” to accompany the artist’s “No, Global Tour,” which consisted of taking several oversize “No” signs on an extended road trip.

The two had previously produced a white gold and diamond necklace that spelled out “Diamond Traffic Kills,” and a yellow gold piece stating “Gold Traffic Kills” — but Burés admits they were unpopular.

“These were very difficult to sell, I remember. The Americans liked that collection, but nobody wanted to wear the statement,” he muses.

Though he has collaborated with fashion brands including Loewe and Maurizio Galante, and sold his creations at stores including Barneys New York and Isetan, Burés has never been tempted to develop a commercial line.

“I’m not an industry. I don’t want to have my own workshop,” he says. “I’m mainly moving around the world of ideas, and each idea needs different techniques, and I don’t really need to have a super factory, because then your jewelry becomes a brand or a company, and then you are constrained by the market’s growth.”